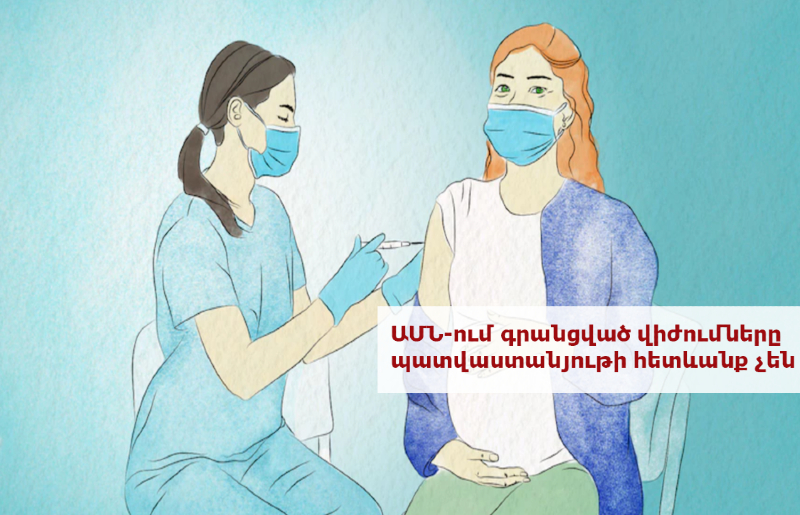 The Russian news agency Накануне.RU (Nakanune.RU) wrote on July 4 that more than 80% of early pregnancies in the United States ended in miscarriage after vaccination. The media outlet referred to a study by the US National Center for Biotechnology Information. This information was actively disseminated in the Russian media and social platforms (link 1, link 2, link 3, link 4).

Months later, this misleading information appeared on Armenian Facebook. Karen Chakhalyan, who has an anti-vaccination position, wrote referring to the same center.

“Nearly 80% of pregnant women in the United States who have been vaccinated end up with a miscarriage, premature or abnormal birth,” according to the National Center for Biotechnology Information. The post was deleted a day later. 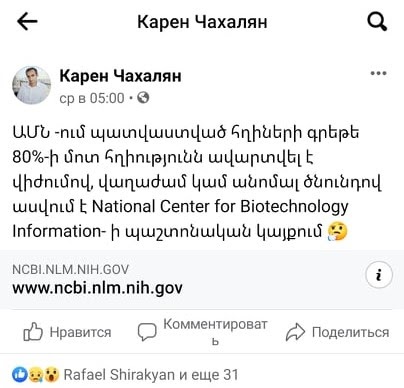 Where are they trying to mislead?

According to the American College of Obstetrics and Gynecology, as a rule, 26% of pregnancies end in miscarriages, in any case, they are registered during the first 12 weeks of pregnancy.

According to the Russian Ministry of Health, 10-20% of clinically diagnosed pregnancies end in miscarriage. It turns out that the percentage of miscarriages was the same among both vaccinated and unvaccinated pregnant women.

The data would be disturbing if they differed significantly from the average results, i.e. miscarriages were higher than 26%. In 16 of the newborns, congenital anomalies (defects) were indeed registered, but each of them had different manifestations, none of which was related to the other. In none of these cases were women vaccinated during the first trimester of pregnancy.

Summarizing the results of the study, the center notes that the preliminary results did not show a disturbing link between pregnant women and vaccines.

The research is already old

The research published by Karen Chakhalyan is more than half a year old. The results were later updated. For example, the US Centers for Disease Control and Prevention released the results of a new study in August that recommended that all pregnant women and those trying to conceive get vaccinated against coronavirus. The center notes that research shows that vaccines do not have a negative effect on pregnant women.