Igor Korotchenko: The Political And Media Activities Of A Pro-Azerbaijani Expert 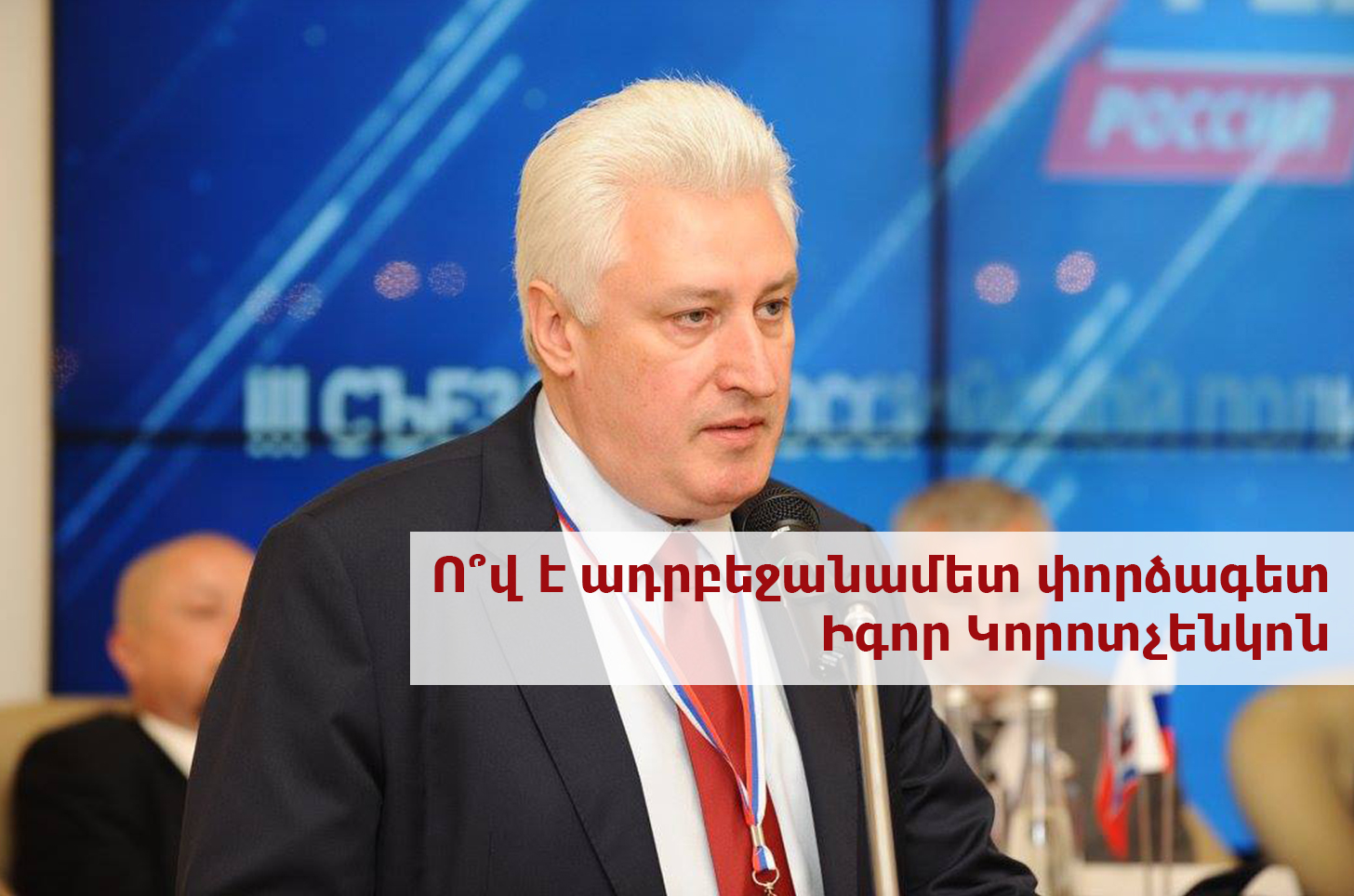 On September 24, the Russian magazine Национальная оборона [National Defense] published an interview with Azerbaijani President Ilham Aliyev, in the very first sentence of which the Russian author accused Armenia of starting the Second Artsakh War.

The interview was widely covered in the Armenian media, and its obviously biased tone surprised Armenian journalists.

However, the magazine and the author of the interview, military expert Igor Korotchenko, were not chosen by chance. Media.am writes about who Igor Korotchenko is, who has been defending Azerbaijan’s interests in the Russian media for several years.

Igor Korotchenko is a military expert and politician. He is often hosted on Russian state TV channels, where he mainly criticizes Ukraine. His statements can hardly be called impartial and in-depth analysis: they are more like propaganda narratives spiced with scandalous rhetoric.

For example, in 2014 he claimed that Ukraine was to blame for the Boeing-777 plane crash (although only a few hours had passed since the crash and at that point there had been no investigation), and in 2016 he stated that Ukraine was on the verge of collapse.

In the same style, in recent years Korotchenko has been engaged in criticizing Armenia. It is worth noting that his statements are in line with the official information of Azerbaijan. 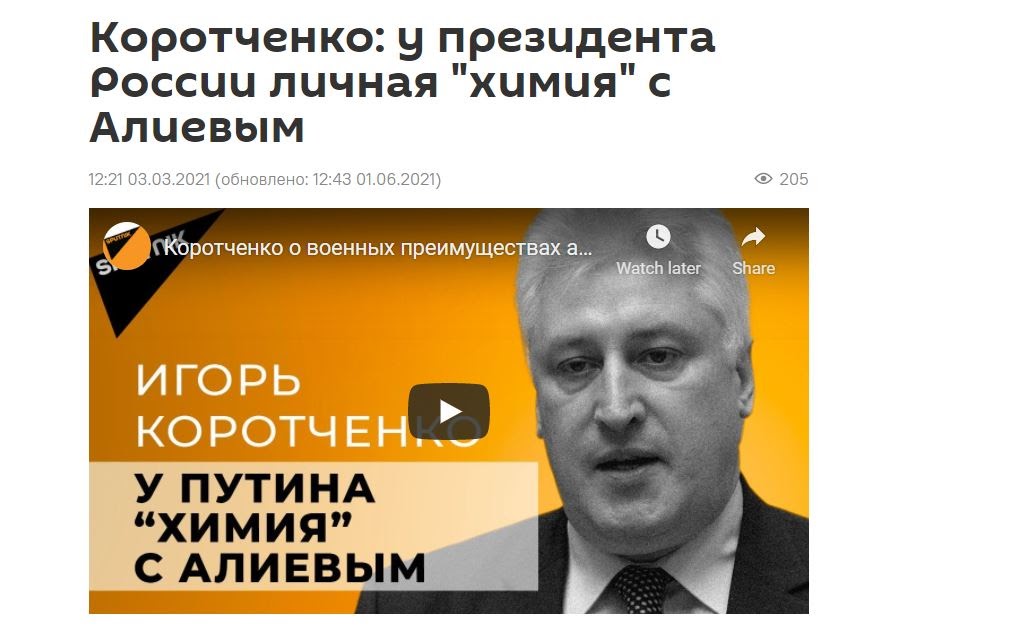 Korotchenko is the editor of the Национальная оборона magazine

Igor Korotchenko is the founder, general director and editor of the Национальная оборона magazine.

The articles of this magazine dedicated to the Artsakh conflict are mainly pro-Azerbaijani. For example, in an article published in June 2021, the magazine advised Azerbaijan not to put pressure on Armenians, as “Baku’s opponents will try to spread claims regarding the real or imagined violations of the rights of Armenians living in Karabakh.” In March of the same year, the magazine published an interview with State Duma deputy Leonid Slutsky, in which he said that Ilham Aliyev “confirmed the role of a great leader and successor to his father” (Russian press has covered the ties between Slutsky and wealthy Azerbaijani businessmen).

Korotchenko himself often writes articles about the Artsakh conflict. For example, in an interview with Azerbaijani presidential aide Hikmet Hajiyev, Korotchenko asked how Azerbaijan responded to the “armed provocation” near its border. This interview ended with a new campaign slogan of the Azerbaijani leadership: “Karabakh is Azerbaijan and an exclamation mark.”

In another interview with Korotchenko, Soviet KGB officers, along with the author, recalled Armenian “nationalism and separatism” against which the work of the KGB’s Armenian branch was “extremely insufficient.” The article was titled “State Security Bodies in the Fight Against Nationalism and Separatism.” It should be noted that while Armenia views the events of the early 1990s as a struggle for independence, Azerbaijan views the same events as a negative phenomenon and often speaks of the threat of “Armenian separatism.”

From expert to politician

Korotchenko is also a politician, a member of the Родина [Rodina] party. One of the founders of this party is Dmitry Rogozin, a high-ranking civil servant and head of the state space organization Роскосмос [Roscosmos].

As a member of Родина, Korotchenko participated in the 2016 State Duma elections. He criticized corruption and during one of the pre-election debates suggested shooting all those who are corrupt.

Despite the anti-corruption rhetoric, Korotchenko is not a critic of the Russian authorities. On the contrary, he often and sharply criticizes the Kremlin’s main political opponent Alexei Navalny (example 1, example 2, example 3).

Korotchenko in the Armenian press

Korotchenko often appeared in the Armenian press as an expert. Thus, 168.am published a series of interviews with Korotchenko, where the latter criticized Nikol Pashinyan for ruining Armenian-Russian relations, made mention of the alleged pressure on the media in Armenia and analyzed the clashes that took place in July 2020.

The interviews published by 168.am were also spread by other Armenian media.