The Statement About The Destruction Of Baku With “4,000 Missiles” Is False 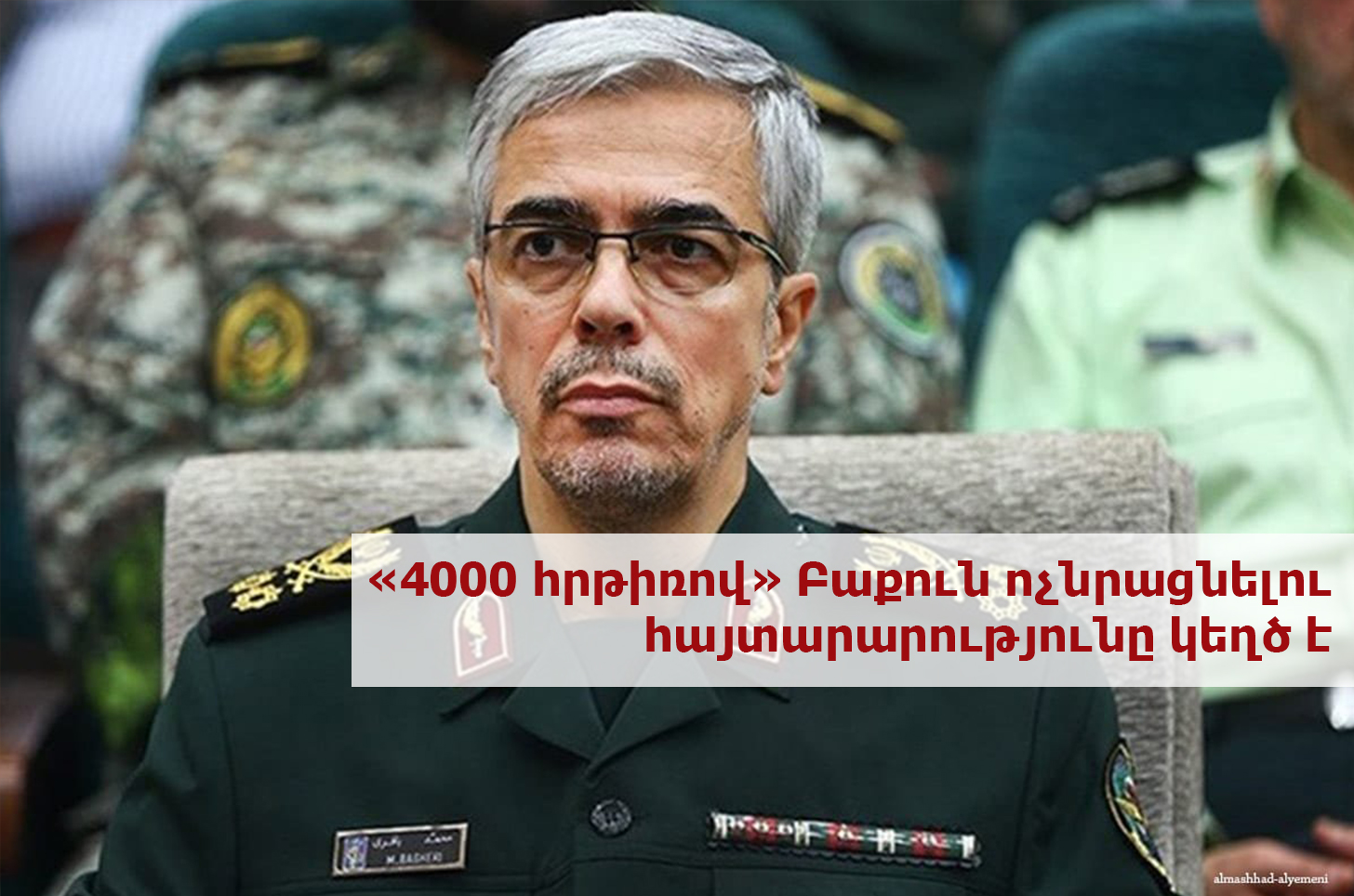 On September 23 and 24, news spread on the Internet that the Chief of Staff for the Armed Forces of the Islamic Republic of Iran, Mohammad Bagheri, had threatened to destroy Baku with “4,000 missiles.”

The information was false: Despite its unprecedented nature, the statement attributed to Bagheri was spread only by mushroom websites and pages of individual users on social networks. At the same time, this information is not found in official sources and major media.

“If the situation escalates, 4,000 missiles will be fired at Azerbaijan and Baku will be destroyed: Chief of Staff for the Armed Forces of Iran Mohammad Bagheri.” This is the title of an article published by the Yerevan Times mushroom website. It has about 4,600 likes and 500 shares on Facebook. 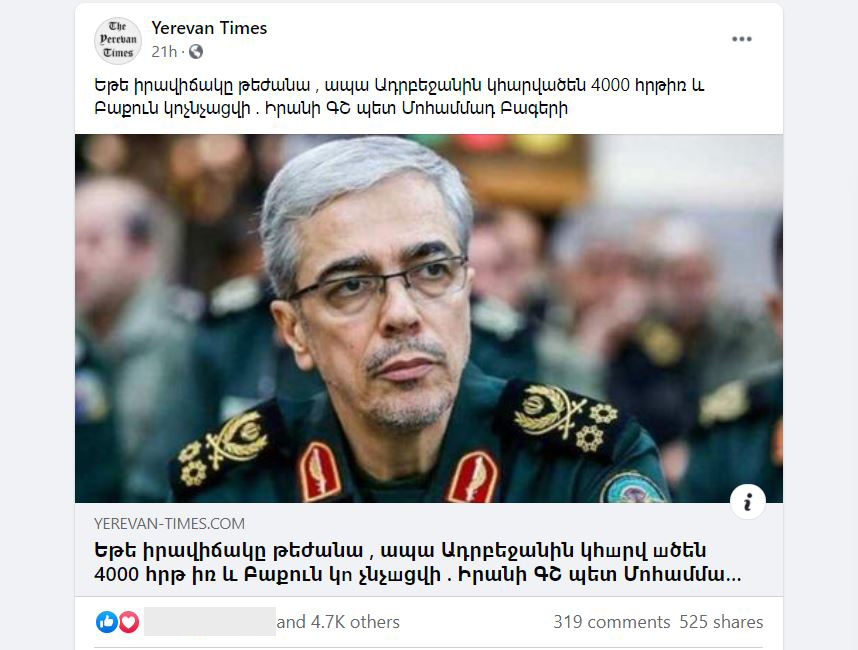 As a source of information, the mushroom website mentions the Facebook post of former Member of Parliament Arman Abovyan, where the latter spread the words attributed to Bagheri without mentioning the original source.

The same information was spread on Armenian Telegram channels (link 1, link 2), YouTube channels, Russian-language Twitter users’ pages (link 1, link 2, link 3). Livenews.am made the words attributed to Bagheri the title of an interview with an expert on Iran. In all these cases, the users either did not mention the source of the information or referred to various mushroom sites.

If this statement were true, it would mean that the military leader of Iran threatens to destroy the capital of a neighboring country. Such a statement would be unprecedented and would certainly appear in major international media.

It is worth noting that a few days ago, on September 19, Mehr and other Iranian media outlets reported a warning from Bagheri to the Kurds in Iraq, although that statement did not pose a direct threat of missile destruction (link 1, link 2).

Media.am also could not find a reference to the statement attributed to Bagheri in Iranian or Armenian official sources.

Zhanna Vardanyan, an expert on Iran and specialist at the Orbeli Analytical Center, told Media.am that the statement attributed to the Chief of Staff for the Armed Forces of Iran Mohammad Bagheri was not real. The official did not make such a statement.

Thus, the statement about the destruction of Baku with “4,000 missiles” attributed to the Chief of Staff for the Armed Forces of the Islamic Republic of Iran Mohammad Bagheri is false.

Users who share this information do not cite reliable sources. Moreover, neither official sources nor authoritative mass media confirm the information. The expert we spoke to also stated that the information did not correspond to reality.