COVID-19 Has A Higher Risk Of Blood Clots Than Vaccines 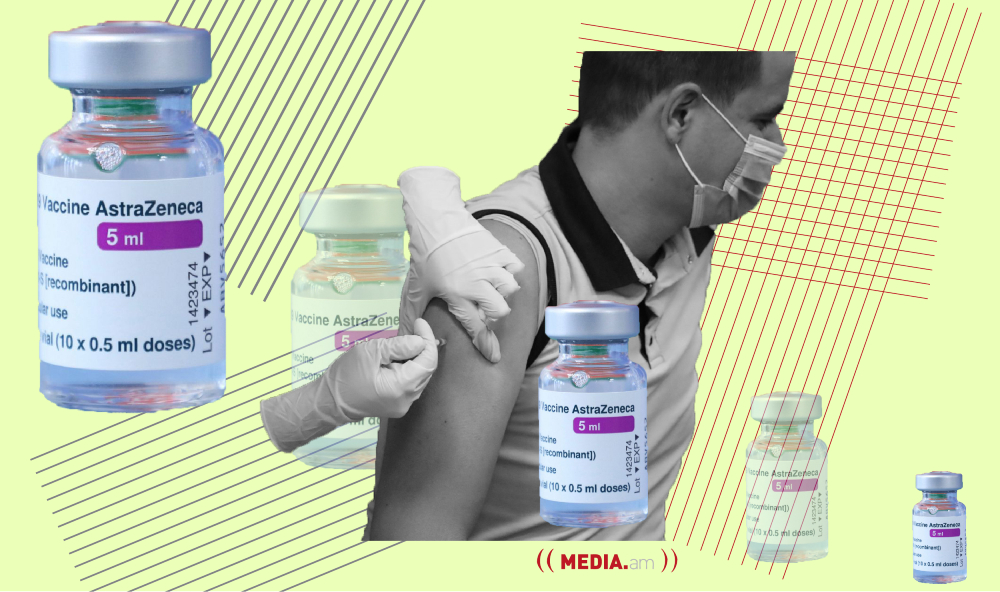 Researchers in the United Kingdom have found that only 1 in 50,000 people over the age of 50 who receive the AstraZeneca vaccine in the UK may have symptoms of a blood clot, and 1 in 100 people under the age of 50. However, those infected with coronavirus have a much higher risk of developing a blood clot․ According to the study, one-fifth of the patients hospitalized with COVID had thrombus symptoms

The study was conducted from March 22 to June 6, including the symptoms and results of 220 confirmed and possible hospitalized cases in the UK.

This topic would not be so relevant if the big scandal over the “AstraZeneca” vaccine, which was first imported in Armenia, had not continued. Moreover, the noise is present both in our country and all over the world.

The first batch of Astra entered Armenia on March 28, 2021, but before that, the local press reported that the world was rejecting the vaccine to avoid serious health problems. The cause was blood clots and deaths in those vaccinated in several countries almost simultaneously. This was followed by the comments of Armenian Facebook users that “the whole world is rejecting AstraZeneca, and we are bringing it to us.”

Let’s start from the beginning

The roots of the story go back to March of this year when people vaccinated with AstraZeneca were hospitalized in different countries at risk of blood clots.

Philip Nicholson, a hematologist at Queen Elizabeth Hospital in Birmingham, was one of the first to notice unusual blood clots in young people, which is rare, especially on platelets (platelets are very small plates that help the blood to coagulate). 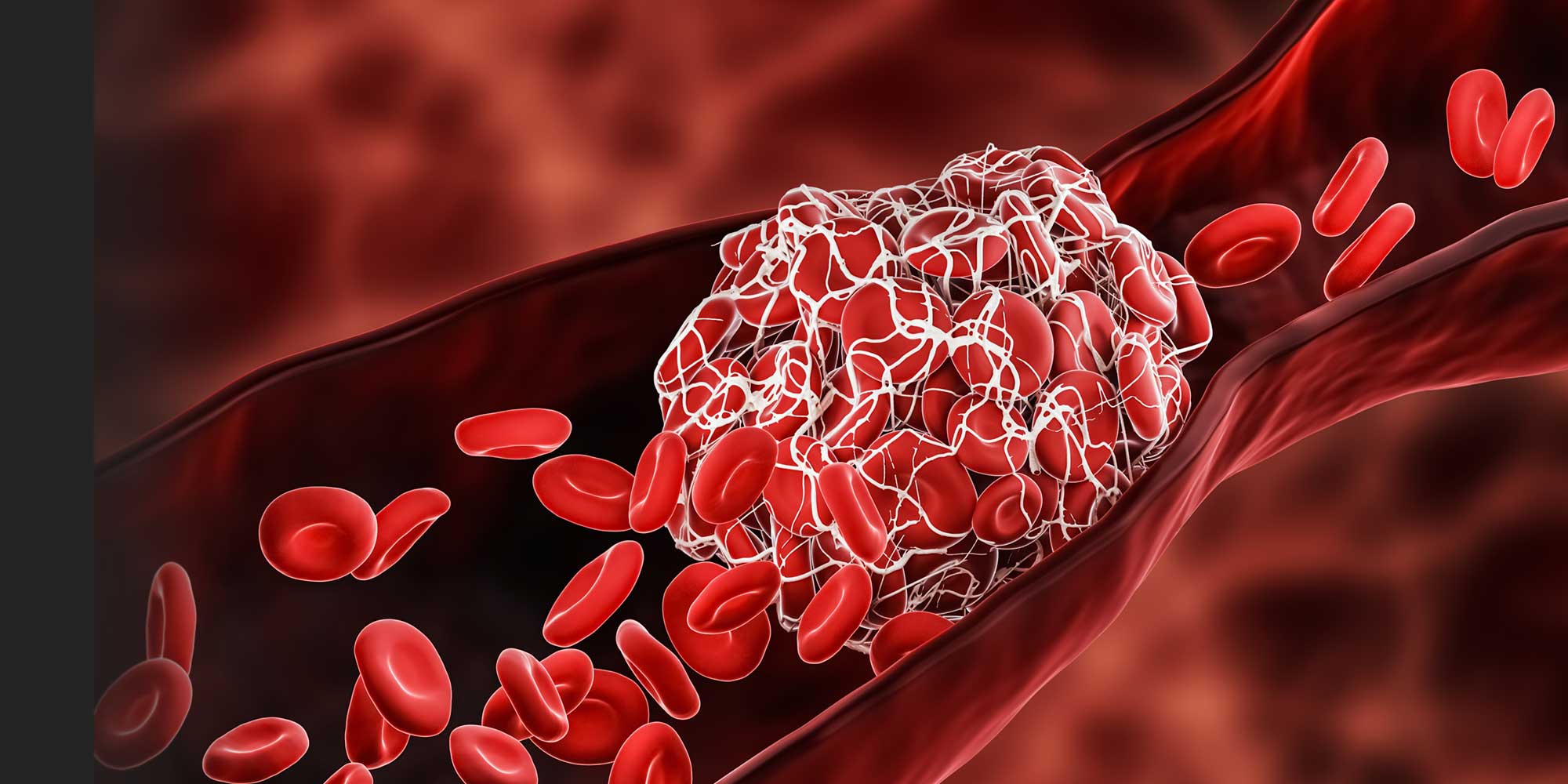 “You may have your theories, but how do you know which of them is causing the effect, which can affect up to 1 in 100,000 people,” said John Calton, a hematologist at McMaster University in Canada.

The use of “AstraZeneca” was temporarily frozen in 21 countries around the world.

In fact, the countries did not give up and completely rejected AstraZeneca, but, due to known circumstances, temporarily suspended its use in order to prove the safety of the material.

In most of the countries on the list, the freezing lasted about 2 weeks, in some cases several days. Officials said the vaccine would work again when an investigation by the European Medicines Agency proves its safety. The results were released on April 7, when health organizations did not find any clear risk factor or cause among the rare cases and the vaccine.

AstraZeneca is the most widely used vaccine in the world 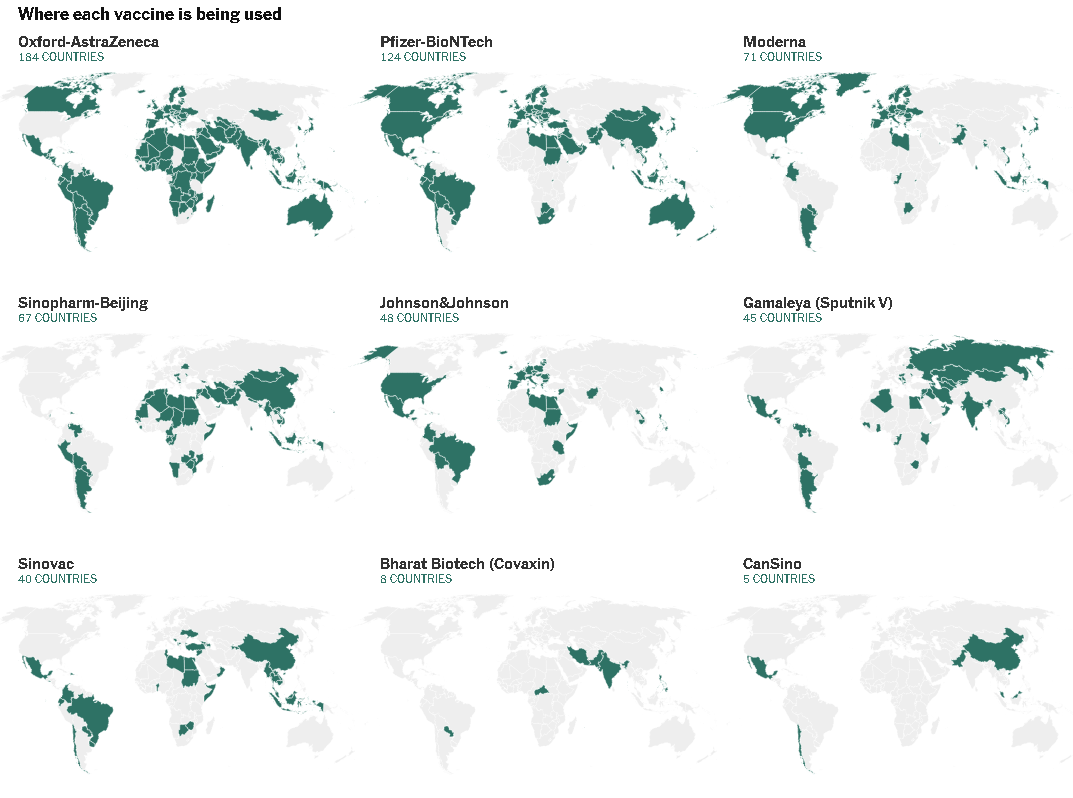 Screenshot from The New York Times

By the way, on March 25, 2021, the name of the AstraZeneca vaccine was officially changed to “Vaxzevria,” which was not widely used.

Another study, which has not yet passed the second phase of testing, suggests that the risk of developing a blood clot when vaccinated with AstraZeneca is the same as when vaccinated with Pfizer. Experts from Spain, the Netherlands and Britain took part in the study, studying the experience of 1,372,213 vaccinated people in Catalonia.

Bringing it all together: