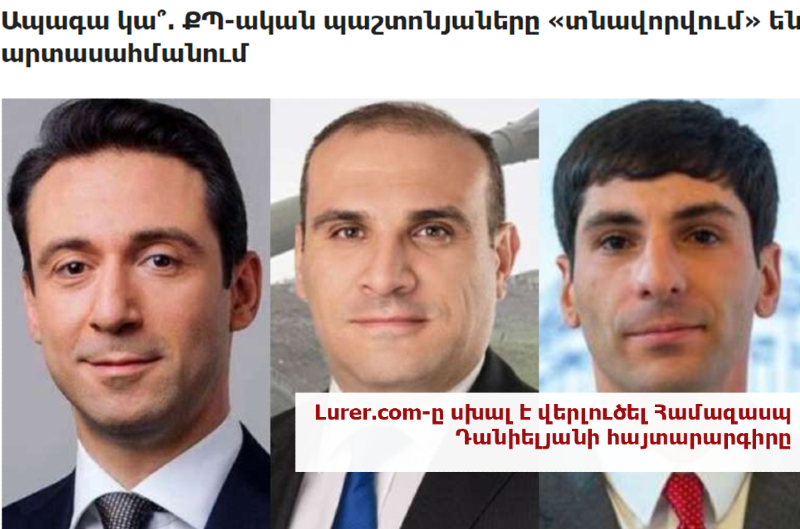 Lurer.com, in an article published on July 20, referred to the declarations of several officials. The news outlet listed the politicians who, according to this research, had acquired an apartment abroad during their tenure during the current government. The author of the article also took into account the statement of “My Step” faction MP Hamazasp Danielyan and wrote that in the 2019 declaration, the deputy mentioned five apartments, “of which he only acquired the second apartment in Batumi in 2019.”

Examining Hamazasp Danielyan’s 2019 declaration, we see that Lurer.com presented incomplete and distorted information. In particular, the declaration does not mention 5 apartments. In 2019, the official’s declaration states that Danelyan currently has two apartments in Yerevan, Avan administrative district and Batumi. The apartment in Avan was acquired in 2014, and the one in Batumi in 2019. 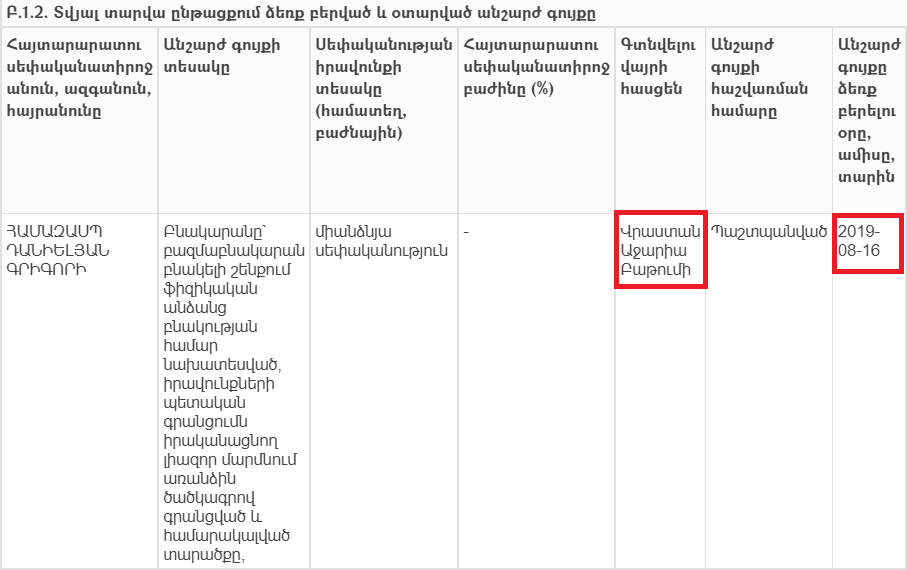 Danielyan’s declaration mentions another land plot as a piece of real estate belonging to him in the Kotayk Arinj community, which was acquired in 2017, and a non-residential area of an apartment building, a basement, the acquisition date of which is 2014.

Danielyan’s resignation statement in 2019 did not publish the real estate addresses yet, but there, as in the next statement, there were 4 pieces of real estate belonging to the deputy: 2 apartments, one plot of land and one non-residential area in an apartment building (basement). There is no mention of the second apartment in Batumi, as the author of the article claimed in his article. 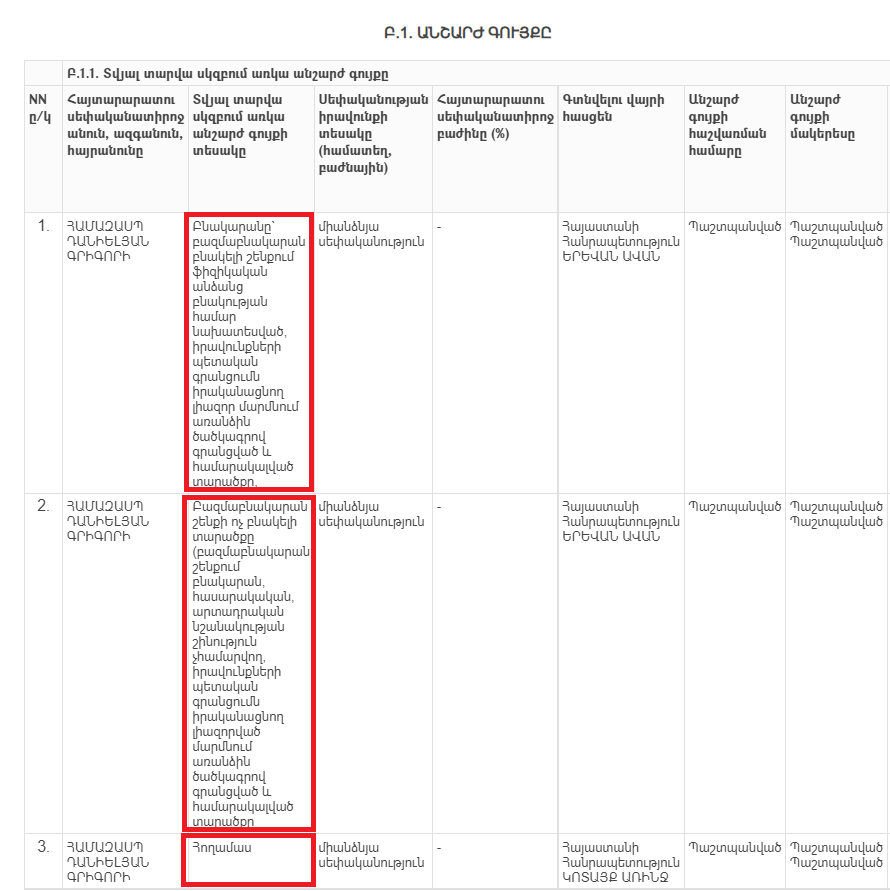 Garik Sargsyan, the chairman of the State Property Management Committee and former governor of Ararat, also appeared in the scope of Lurer.com’s study. The newspaper wrote that he bought an apartment in Khimki, Russia, near the region of Moscow, worth 9,000,000 rubles.

Nothing is mentioned in the declaration of Garik Sargsyan or persons affiliated with him about the purchase of an apartment in Russia. It is not known what sources Lurer.com used to provide such information. In Sargsyan’s 2020 declaration, we see two pieces of real estate belonging to him: a private house in the Nor Kyanq community, which was acquired in 1992, and a plot of land in the Nor Ughi community, acquired in 1991.

Thus, Lurer.com, analyzing Hamazasp Danielyan’s declarations, conveyed inaccurate information about the real estate belonging to the deputy. Danielyan did not mention 5 apartments in the declaration and the number of apartments belonging to him in Batumi is not two, but one. As for Garik Sargsyan’s purchase of an apartment in Russia, it is not known what source the news outlet used when disclosing such information.