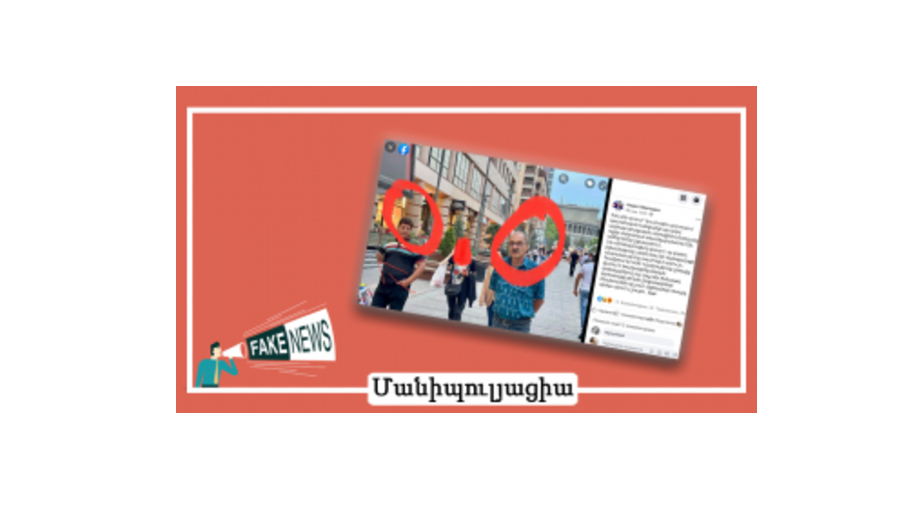 Narek Mantashyan, the president of the NGO “Alternative” and a supporter of the Armenia Alliance published a photograph with two men walking along Northern Avenue. Attached to the photo, Mantashyan wrote that he saw two obviously Turkish looking men who were assiduously filming their surroundings. In the same Facebook status Mantashyan urges the National Security Service of Republic of Armenia to be more attentive, because the city is “brimming” with Turkish-Azerbaijani agents. Those assertions are false and manipulative because Northern Avenue is one of the most popular areas of Yerevan and many of its video recordings already exist online, publicly available to all. Besides, Narek Mantashyan did not present any facts to support his accusations or assumptions regarding the nationalities of the men in the photograph. 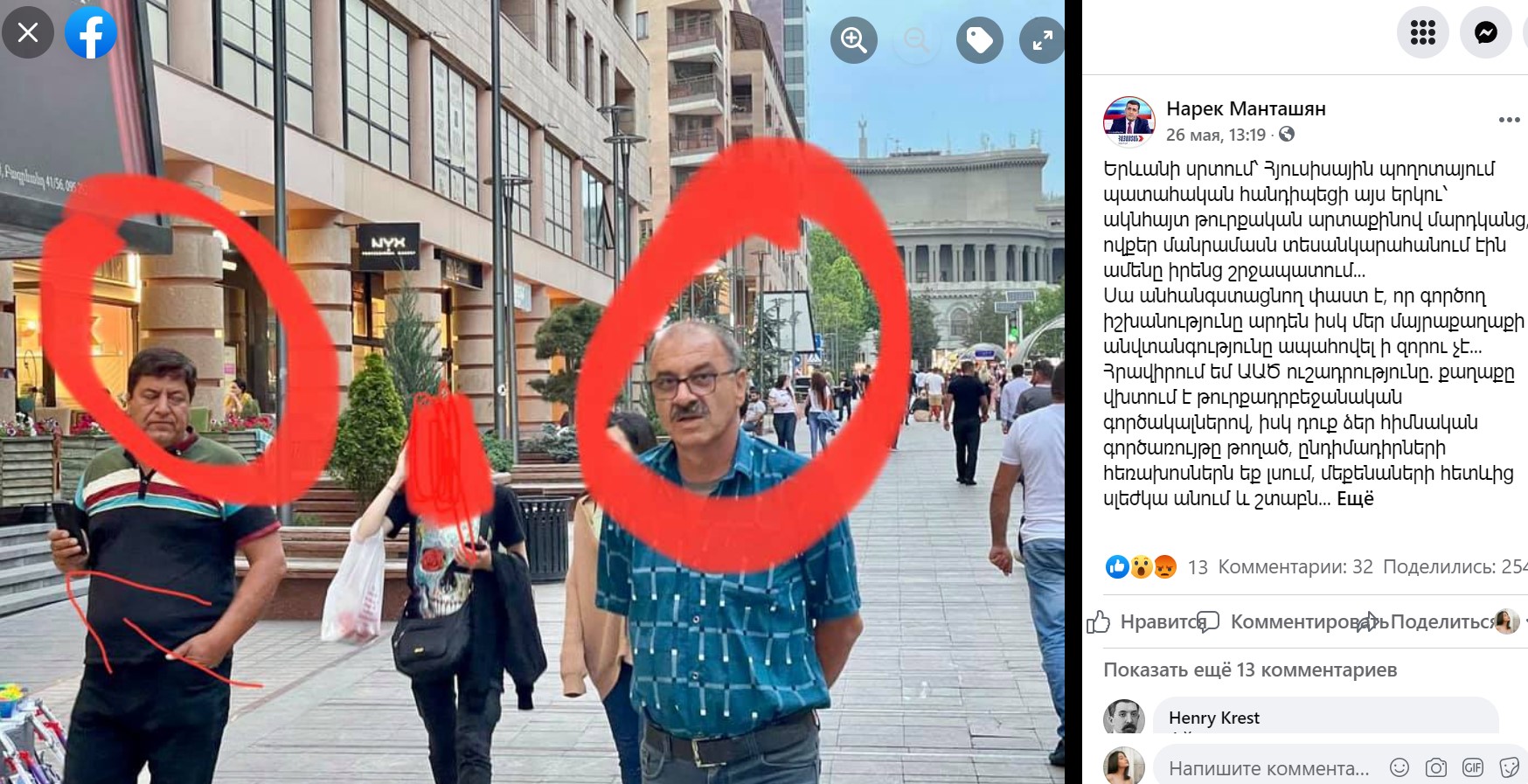 During the 44-day war there were many rumors that foreign agents, mainly those from Turkey and Azerbaijan, were roaming around Armenia and filming its territory. Many alarms were sounded regarding the issue. The famous Armenian singer Anahit Simonyan wrote on her Instagram page that caution is needed as 5 Azerbaijanis have already reached Yerevan. None of such news were, however, verified. Moreover, NSS was bound to deny many of them multiple times.

Mantashyan’s entry is void of facts

Narek Mantashyan’s Facebook entry needs to be viewed in the context of the current situation in Armenia. He has photographed two men on the street, and judging by their appearances he has assumed them to be Turkish agents, without bringing any facts to back his accusations.

Identifying the two men in the photograph was not possible by open source tools. However, it is worth noting that Northern Avenue is located in one of the most central parts of Yerevan, thus many photographs and satellite images from this area are publicly available.

The images of the Avenue can be found on Google Earth 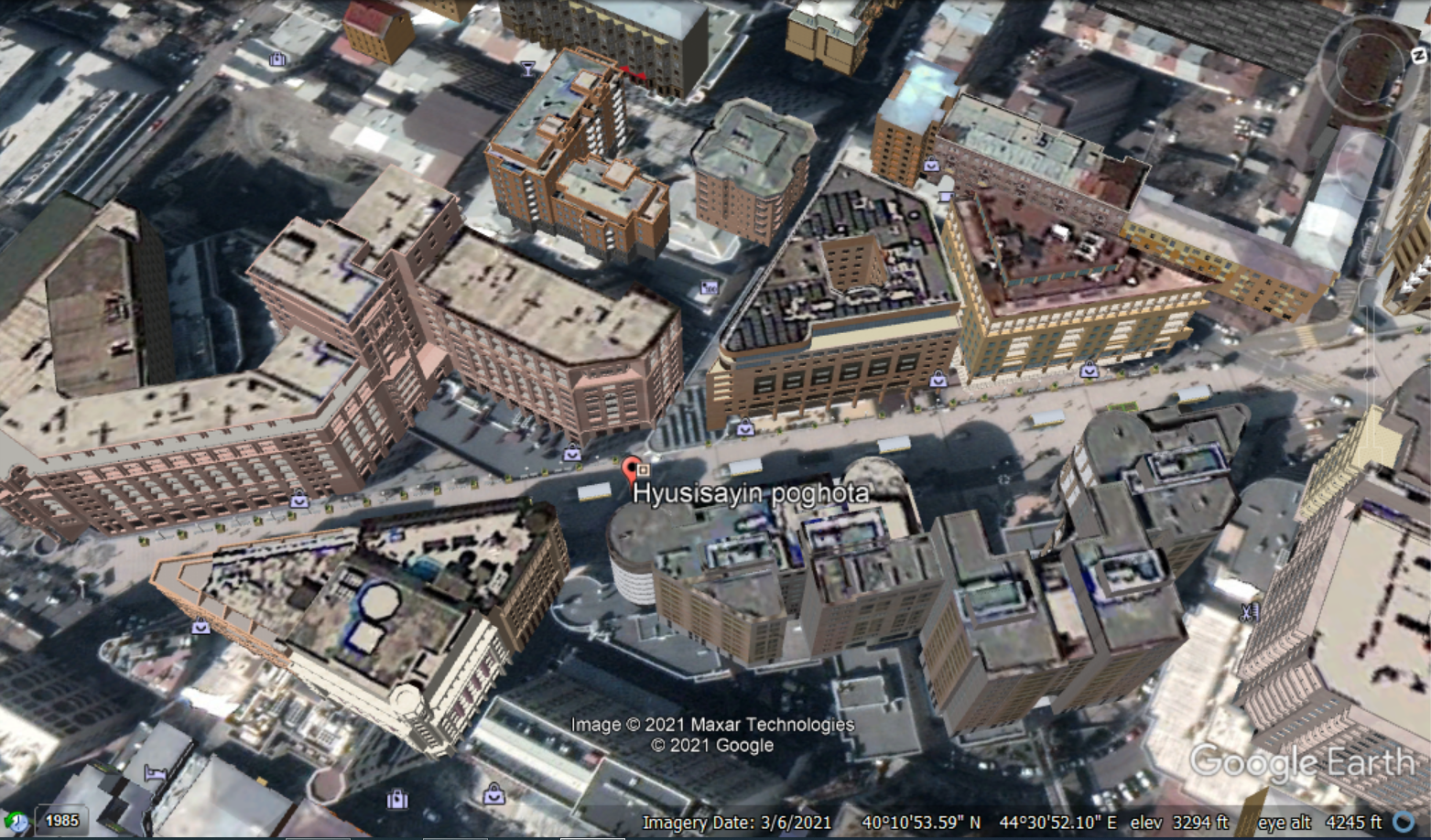 They can easily be accessed on Google Maps

As well as on Yandex Map and on other such platforms

It is obvious that Narek Mantashyan’s concerns regarding the Turkish agents who have come to make thorough recordings of Northern Avenue are not justified. In addition, there is no logic behind spying and making the recording of this part of Yerevan as there is already detailed satellite 3D images and street views available in open sources.