“Hidden” Behind The Sensational Headlines Are Pashinyan’s Speeches 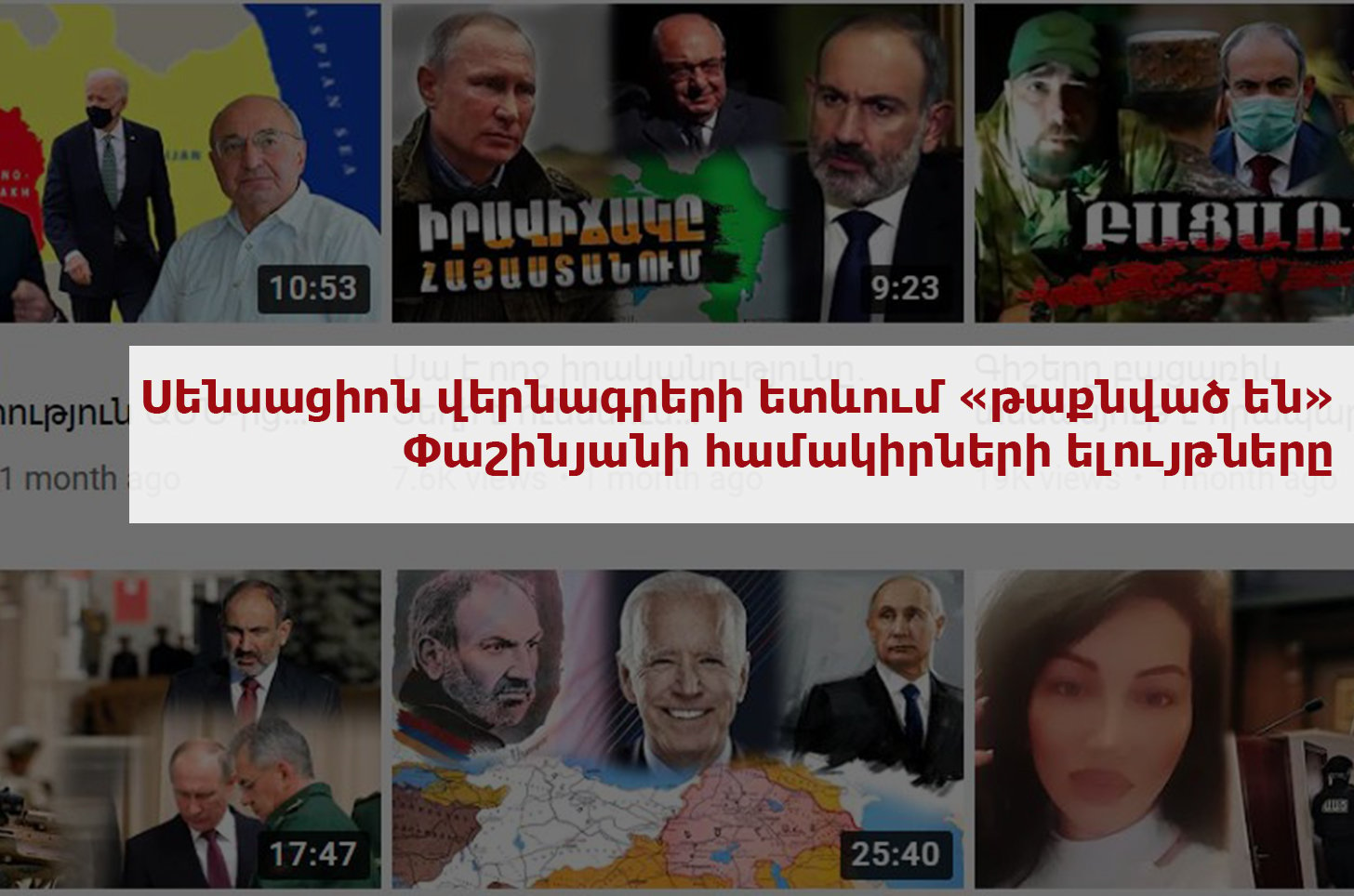 A YouTube channel with 117,000 subscribers offers “hidden” political speeches to viewers. The user clicks on the sensational headlines but views completely different content. This “hidden” content is often speeches praising the authorities.

The YouTube video titled “Solovyov made Aliyev mentally ill: Hysteria in Azerbaijan.” has almost 50,000 views. However, its content does not correspond to the name at all.

The first minute of the video is the words of Russian journalist Vladimir Solovyov, but nothing is said about Azerbaijan’s reaction. The remaining 10 minutes of the video were the words of astronomer Lyusya Hakobyan. Hakobyan was talking about what a bad thing gossip is, for example, about the Prime Minister’s family. Hakobyan mainly criticizes the habit of slandering, but she does not forget to mention that the rise in prices and the deteriorating economic situation are not Prime Minister Pashinyan’s fault, it is like that all over the world. 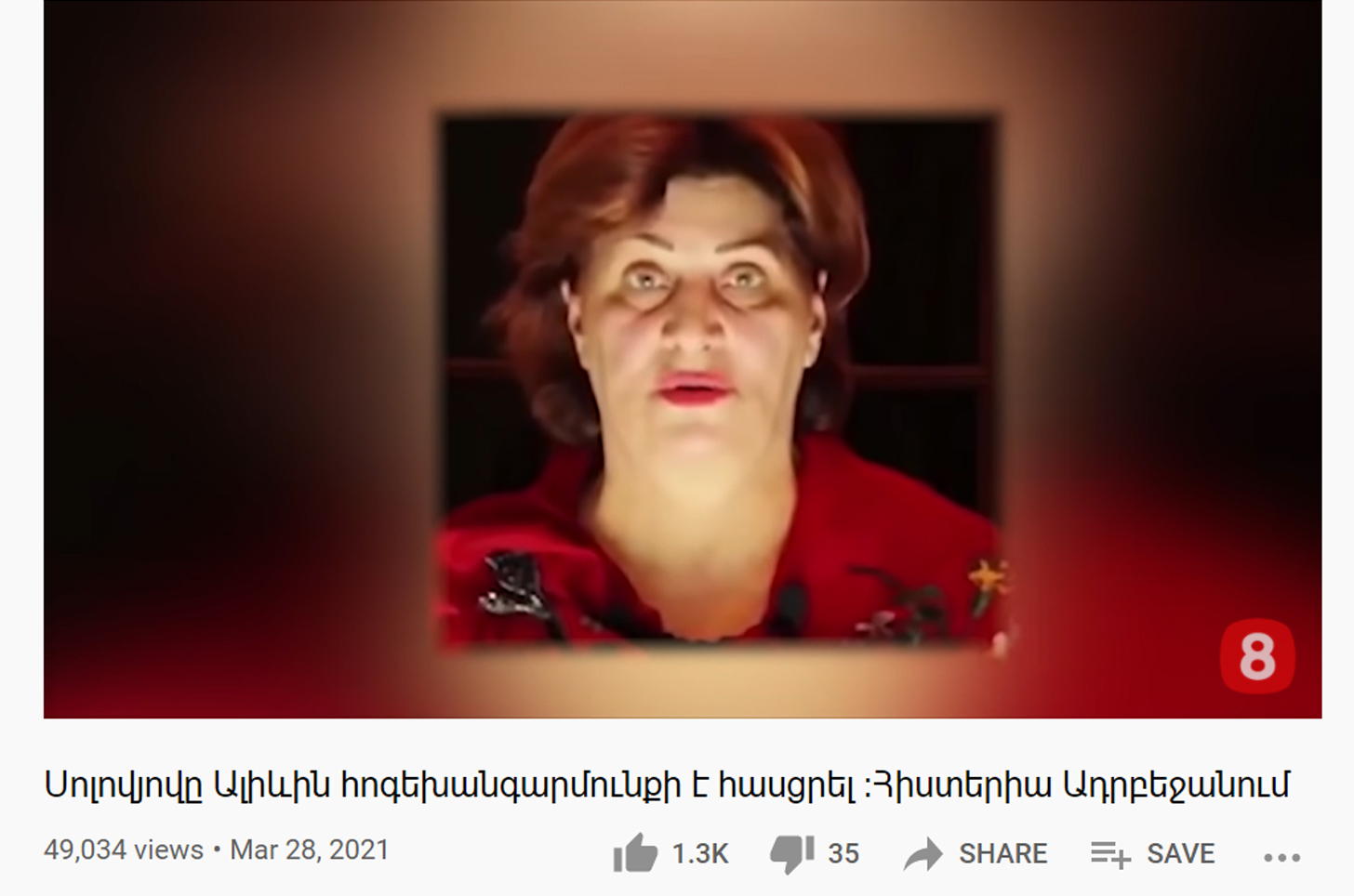 There are many such videos on the 8rd.am YouTube channel.

⭕ From 5:18 of the video titled “America is making an excellent offer to Armenia: A sharp turn in Artsakh,” the viewer is watching not about US-Armenia relations, but a live broadcast of a social network user. The user criticizes Gagik Tsarukyan and mentions that there is no alternative to Prime Minister Pashinyan now.

⭕ Entitled “New, Strong Pressure on Azerbaijan from America and a Respectful Step Towards Armenia,” the eight-minute video talks about US support for only about two minutes. During the remaining six minutes, the residents of one of the villages of Armenia praise and express their support to Prime Minister Pashinyan.

⭕ “Assassination attempt against Erdogan: The Turks are responsible for what they did.” Starting the second minute of the video, it is not about the leader of Turkey, but about the Prime Minister of Armenia. The video was released on February 24, but most of it is the live video footage that was released in early November: The soldiers criticized the people who invaded the National Assembly on November 9-10 from the front line and noted that “Nikol put an end to all this by thinking about everyone.”

The content of 8rd.am often either presents the work of Prime Minister Pashinyan in a positive light or announces unprecedented good news about Armenia. Unprecedented news often refers to the support of Armenia by the leaders of this or that state, creating an image in the viewer that the superpowers will soon stand by Armenia in the struggle with Azerbaijan. Such a picture is not based on the analysis of international relations.

However, the videos praising Pashinyan are not the only “hidden” political speeches. The channel sometimes “behind” sensational topics is the speeches of the leader of the Christian-Democratic Party Levon Shirinyan (1, 2), the leader of the “For the Republic” party Arman Babajanyan and others.

The Mushroom Channel gets thousands of views

The channel 8rd.am does not create its own content. The videos mainly read texts published by users of various media or social networks (see the Facebook user’s post on the mushroom website and in the 8rd.am video). Sometimes the speeches of various public figures and social network users are republished.

All this is always spiced with sensational titles. Here are just a few of the headlines: 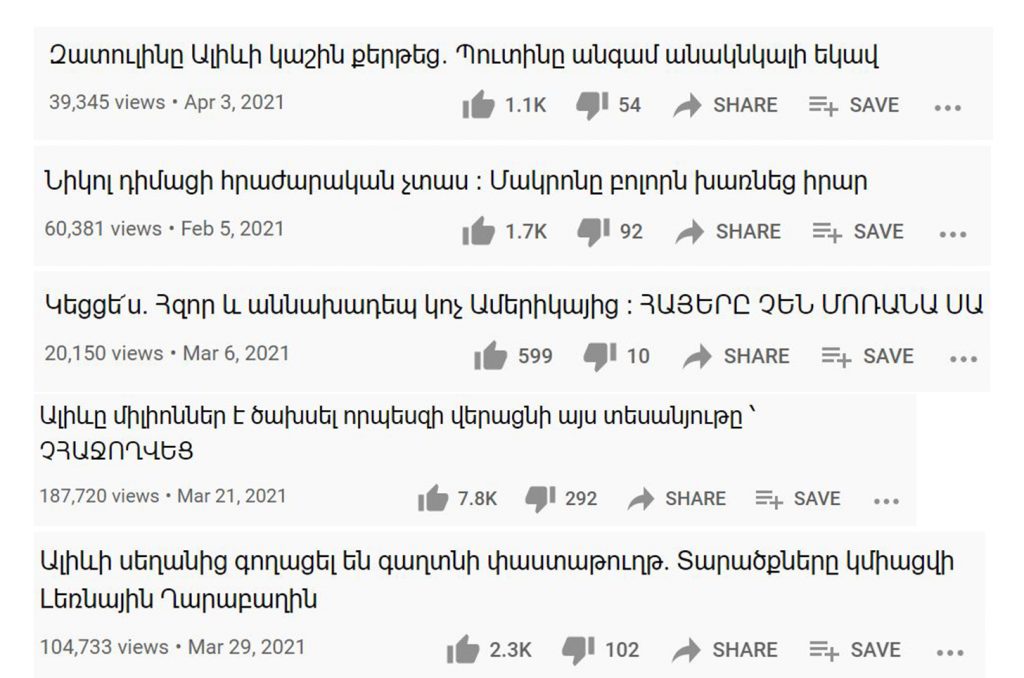 The titles of the videos of the 8rd.am YouTube channel

The sources of the materials used are not mentioned by the 8rd.am channel.

The ArmReality channel was viewed less – about 260,000 times in total. It has a pronounced political position․ The published materials criticize the former authorities and present the current government in a positive light.