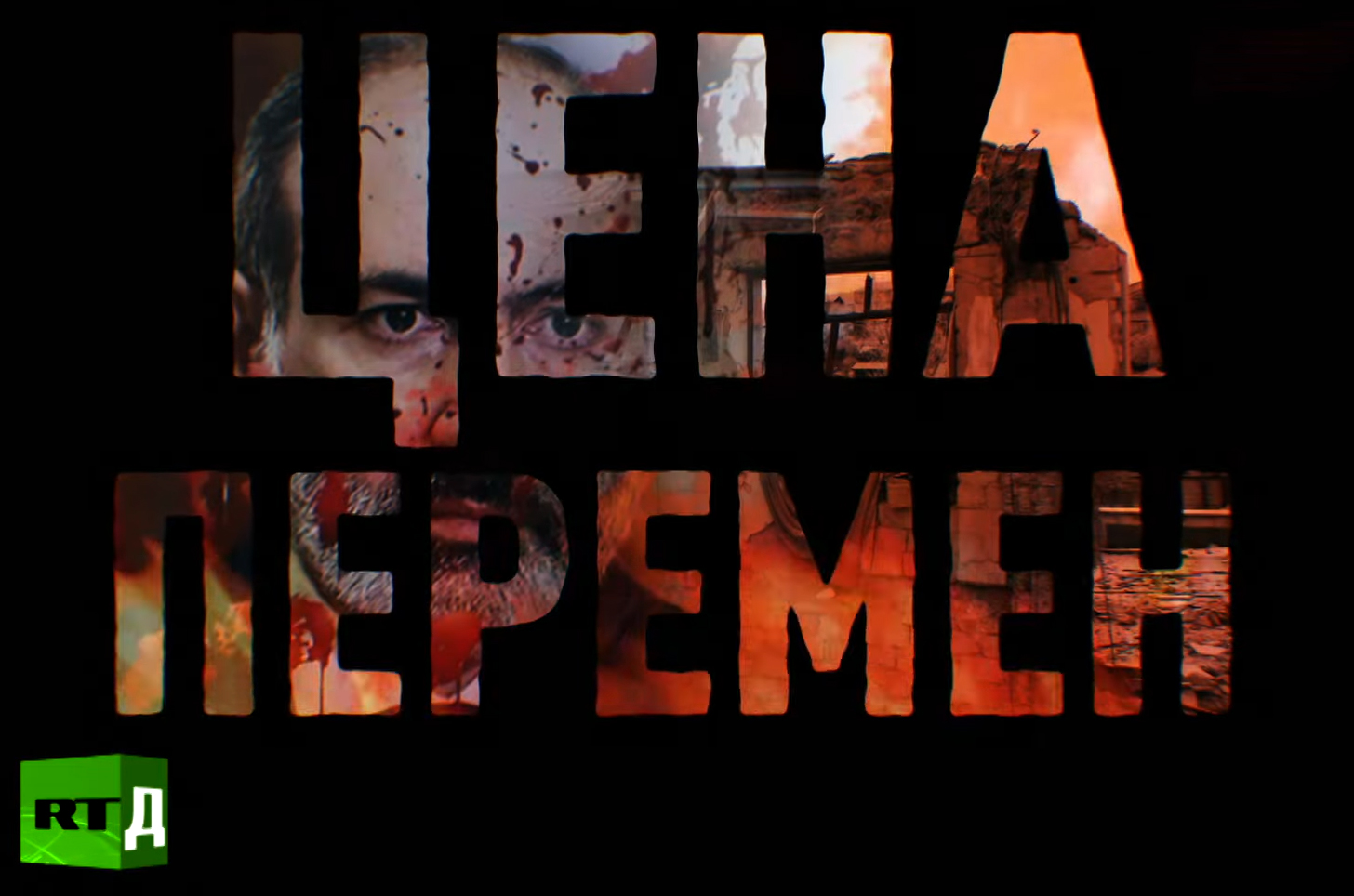 Russian state agency Russia Today has released a film about the recent events in Armenia and Nikol Pashinyan. The film, called The Price of Change, contains a number of manipulative or false allegations, as well as conspiracy theories.

Part of the film, which lasts about an hour, is dedicated not to Armenia, but to Russia։ The authors and subjects criticize Nikol Pashinyan, compare him with the Russian opposition Alexei Navalny and urge Russians not to support Kremlin’s opponent.

Media.am singled out the main propaganda narratives and incorrect statements voiced in the film.

Conspiracy Theory: The Velvet Revolution was carried out by Western powers

One of the main narratives of the “Russia Today” film was the theory about the dark and evil Western NGOs that are often spoken about in Russia.

The authors and protagonists of the film kept insisting that the West was preparing the grounds for a revolution in Armenia.

The authors of the film paid the most attention to the “Open Society Foundation – Armenia,” which is financed by wealthy American, George Soros. This narrative was especially actively voiced by one of the main protagonists of the film, Narek Malyan, who is the founder of the far-right “Veto” group.

According to him, Soros earns money in Azerbaijan and spends it in Armenia, that is why his fund does not operate in Azerbaijan.

❌ This statement is manipulative: Soros’s office is banned in Azerbaijan because President Ilham Aliyev, using the same conspiracy theory and propaganda tricks, declared Soros an enemy of the Azerbaijani nation.

Pressure on civil society and NGOs has been a feature of Russia’s domestic policy in recent years. More and more organizations in Russia are being declared as “extremists” or “foreign agents” and their activities banned. Journalists and civil society representatives note that this is how Russian authorities fight against the opposition.

Another protagonist of the film, activist Marine Manucharyan, claimed that Western organizations “got rid of the history of the Armenian Church at school. In its stead has come the sexual education of young children.”

❌ This statement is manipulative: There is no subject of sex education in Armenian public schools. Despite this fact, the topic is regularly manipulated in the press and false textbooks on sex education appear. Moreover, according to the Minister of Education and Science Vahram Dumanyan, the subject of the history of the Armenian Church remains in the school curriculum.

The attitude towards civil society was not the only coincidence between the film’s claims and the Kremlin’s policy.

Blogger Tigran Kocharyan, talking about the use of social networks to organize demonstrations in Armenia, Moldova and Belarus, repeated the propaganda narrative spread in Russia in recent months that Russian political forces are recruiting the main audience of TikTok: children.

The Russian authorities not only circulate this theory in the press but also issue fines and initiate lawsuits based on this accusation. For example, the authorities demanded that TikTok remove posts calling for minors to take part in “illegal mass protests.” 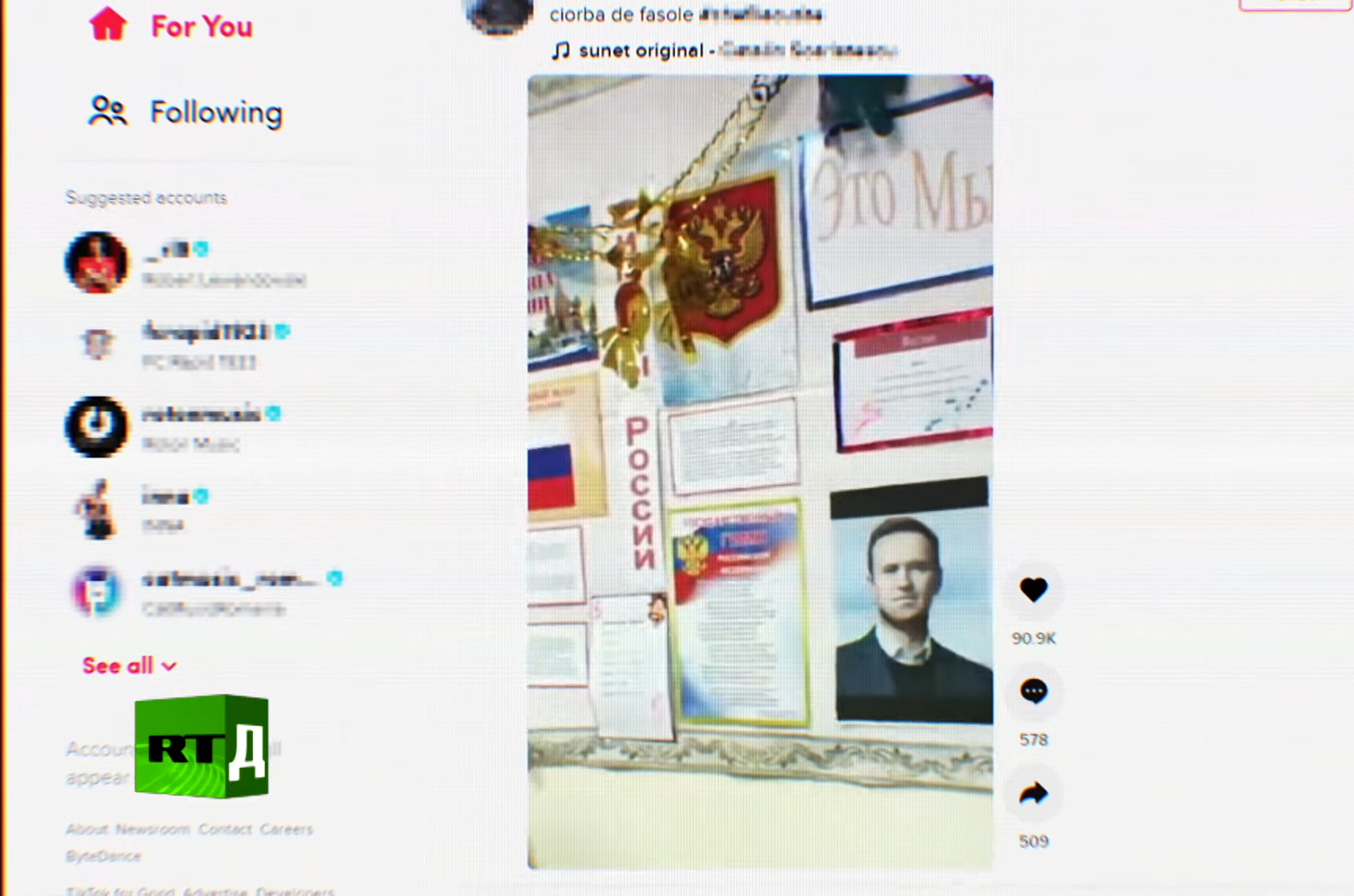 Shot from the film “The Price of Change”

Authorities have accused the editors of the Doxa student newspaper, including Armenian editor Armen Aramyan, of involving minors in protests. Opposition figures and public activists saw a political context in these accusations.

About 20% of the one-hour film “The Price of Change” is not about Armenia, but about Russia. During the film, the Armenian speakers repeated several times that the Russian people should not believe and support the opposition figure Alexei Navalny, because Navalny is the Russian Pashinyan.

Each such exhortation of the subjects was followed by passages lasting 3-5 minutes, where the authors criticized Navalny, spoke about his misdeeds and corruption.

If the assertion is not refuted, is it true?

One of the subjects of the film, political scientist Narek Samsonyan, claimed that Pashinyan is not fighting corruption, but he is corrupt himself. “According to unconfirmed rumors, they [Pashinyan’s family] bought a house in Canada and the United States.”

The journalists checking the facts had checked and denied the news mentioned by Samsonyan months ago.

It is important to remember that not being denied is not enough for the news to be considered real: it must be supported by facts and evidence.

Speaking about the start of the second Artsakh war, the authors of the film avoided mentioning that Azerbaijan started the war. They used neutral wording, “Armenia and Azerbaijan launched large-scale military operations for Nagorno Karabakh.”