Public TV Did Not Cover The Protests Of The Russian Opposition 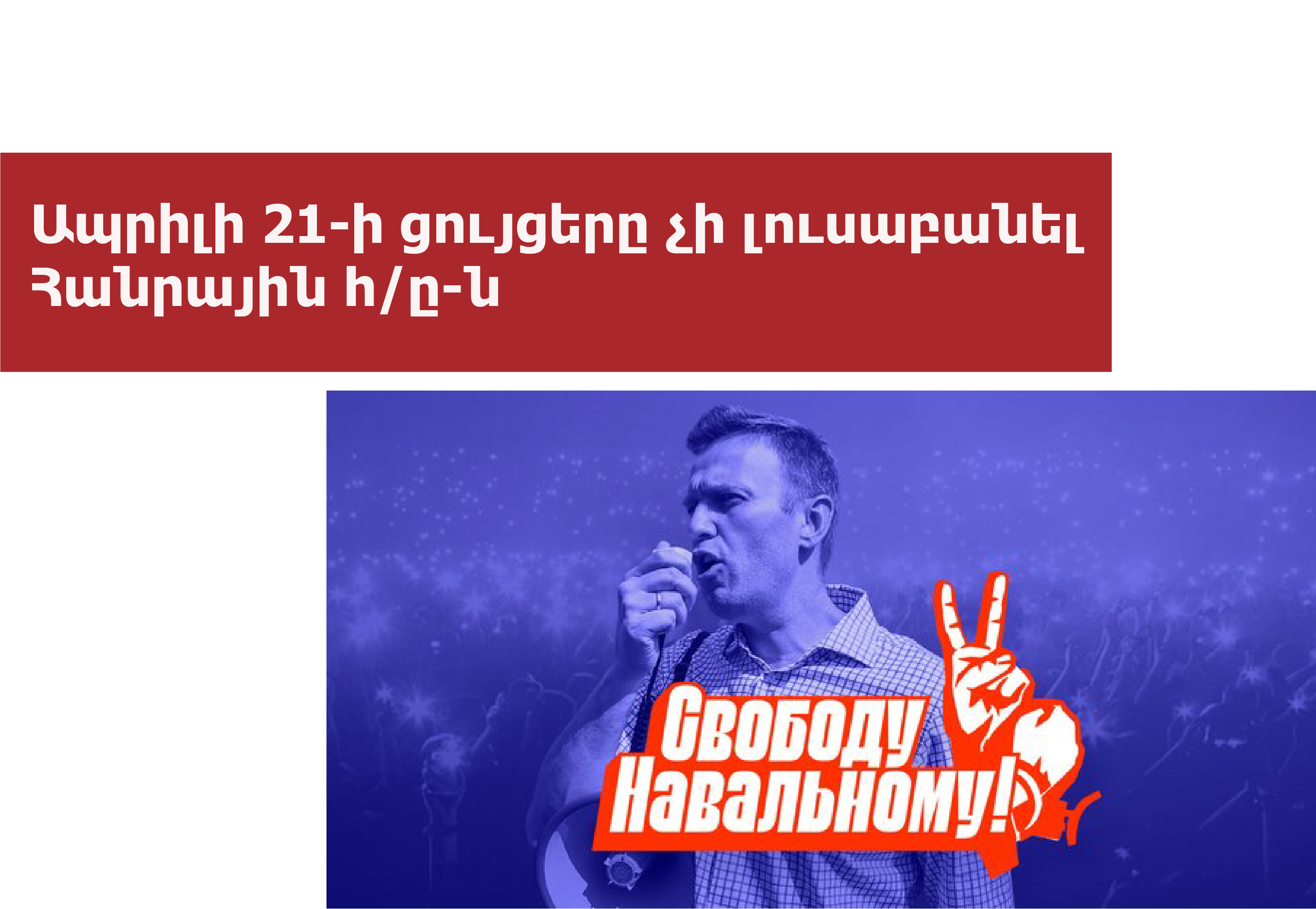 On April 21, demonstrations in support of Russian opposition leader Alexei Navalny took place in Russia and other countries. Navalny has been on a hunger strike since March 31, demanding that the doctor he invited would be allowed to provide medical help. His health condition worsened during the weeks that he was taken to the convicts’ hospital. Now, reports are being made about risks that are threatening his life.

These demonstrations demanding that Navalny get medical care and be released were left out of the agenda of the Armenian Public Television and the website.

Public TV did not cover the protests

This news was not covered by the Public’s website, 1lurer.am either. We have studied the content created by the website on April 21 and 22 (until 14:00). It covers Russian President Vladimir Putin’s statement on the Nagorno-Karabakh conflict, as well as the fact that Russia is extending the stay of illegal migrants.

Other news about Russia on the website had nothing to do with Armenia:

It is also worth noting that Public TV referred to the US protest action, which was taking place in the state of Ohio, after the murder of a 16-year-old girl.

In July 2020, a scandal broke out in Armenia and Russia over a report by Public TV. It included Alexei Navalny’s comment on the Russian constitutional referendum for a few seconds. This fact was criticized by one of the famous figures of the Russian propaganda, Vladimir Solovyov, to which Navalny responded. Read more about this here.

Solovyov’s reaction was widely spread in the Armenian media, and Politik.am even announced that Navalny’s “anti-Putin” interview was included in the report on Nikol Pashinyan’s instructions. The “anti-Russian” moods in the information field worried the secretary of the PAP faction Arman Abovyan.

What demonstrations were they?

On April 21, rallies were held across Russia in support of Kremlin critic Alexei Navalny. He had been on a hunger strike since March 31, demanding that a doctor that he invited be allowed to visit him for back pain, numbness in his arms and legs. As a result of the hunger strike that lasted for weeks, his health deteriorated and he was taken to a convicts’ hospital. Although his condition was assessed as satisfactory, Navalny’s doctors say his condition is extremely serious.

On April 16, the Russian prosecutor’s office demanded that organizations linked to Navalny be declared extremists. After that, the politician’s supporters announced in support of his action. Tens of thousands of citizens took to the streets, more than 1800 people were arrested. Get acquainted with the chronology of the demonstrations here.

Navalny was detained at the airport in January this year as soon as he returned from Germany. He was transferred to this country after being poisoned with “Novichok” type neuroparalytic substance. According to a joint investigation by Bellingcat, CNN, Der Spiegel and The Insider, Navalny was poisoned by a team of chemical weapons experts from the Russian Federal Security Service.