Fake Advertisements On Behalf Of Journalists 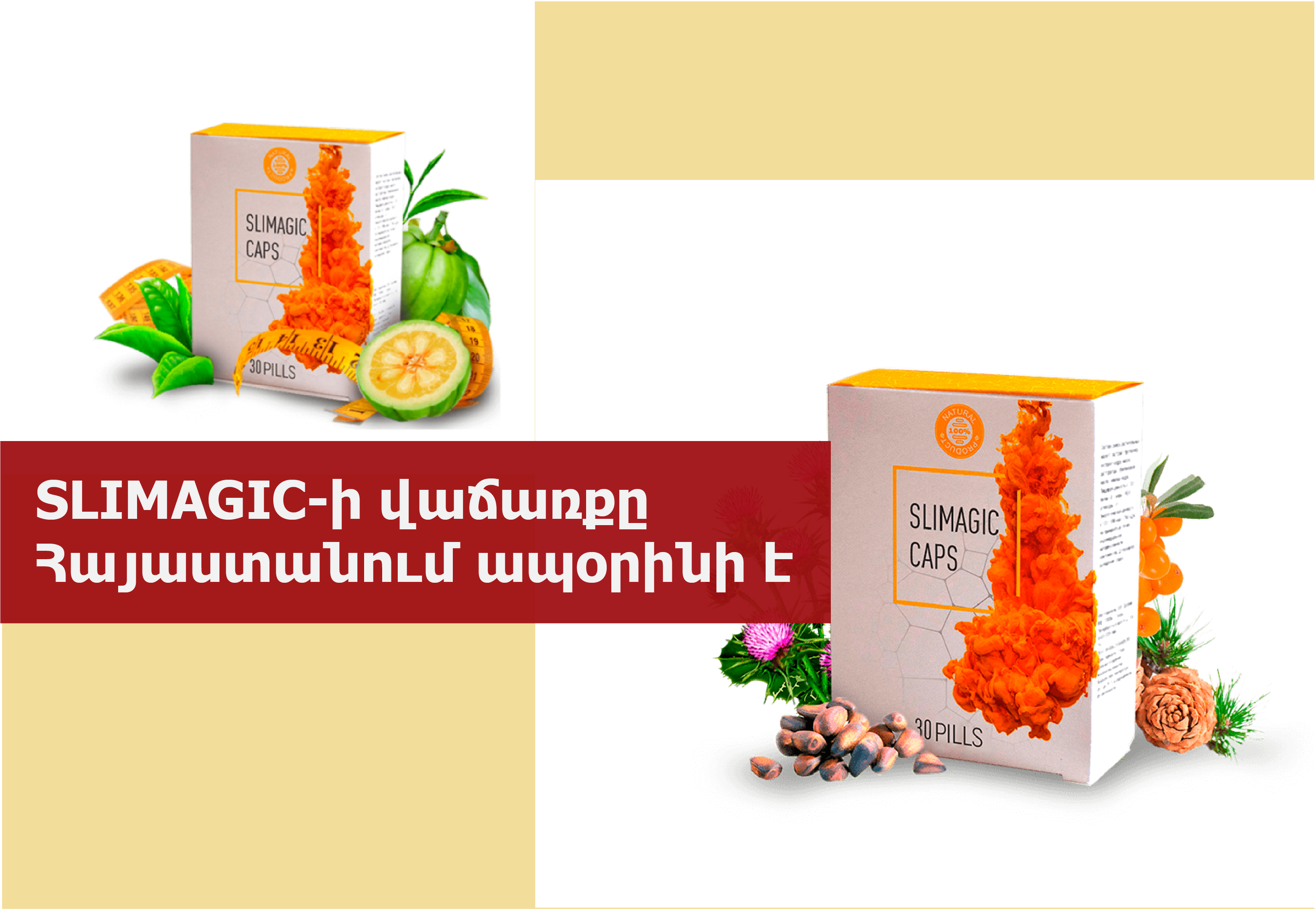 Slimagic products have been actively advertised by a fake page called Mila Fadeeva on the Armenian domain of Facebook since February. It is presented as a way to get rid of excess weight. The ads state that the liquid will allow you to lose 12 kg of excess weight in two weeks. 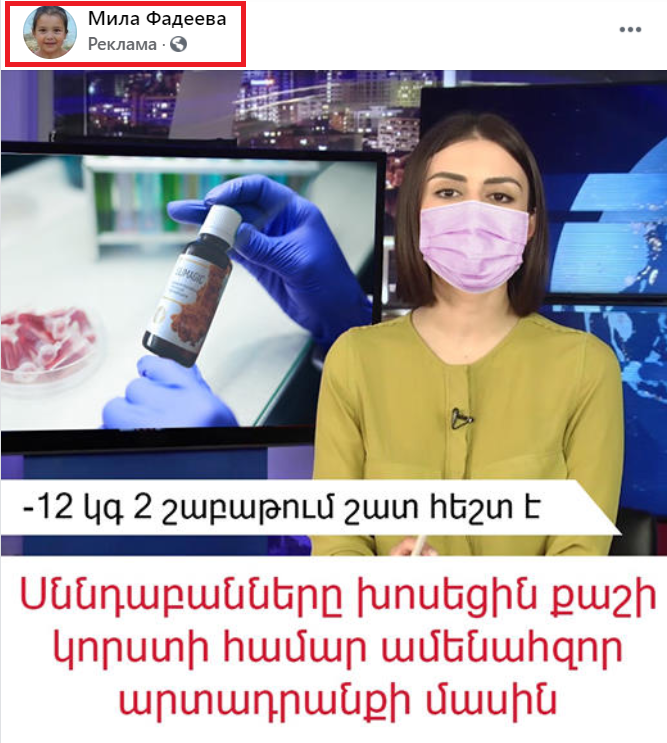 The user’s page was created on February 13, 2021. Almost all the information about her is closed. We could not find any other information on the Facebook page of the same name.

The ad was spread not only by Mila Fadeeva, but also by various other fake pages, which are not working at the moment. 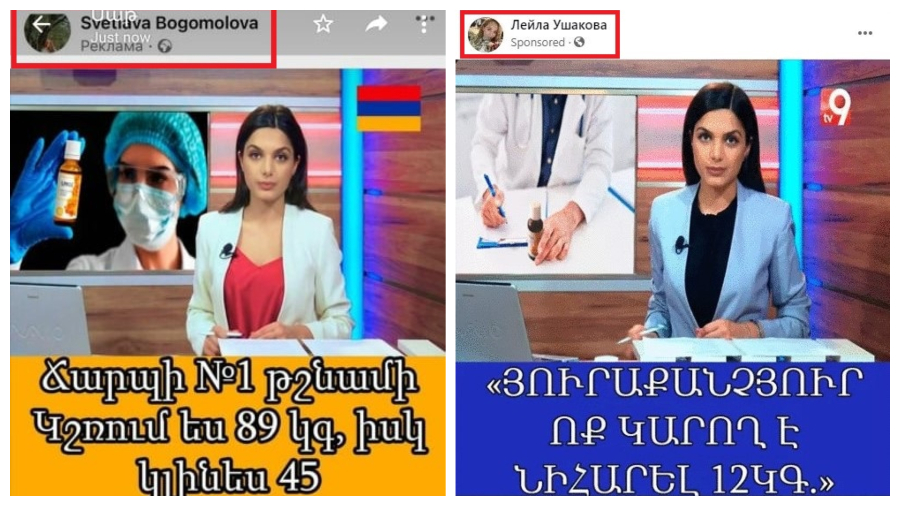 It is clear from the advertisement posted on Facebook that the advertiser targeted 24-54-year-old women, whose Facebook page mentions Armenia as their place of residence.

Interestingly, photos of TV journalists that have nothing to do with Slimagic are being used for advertising.

In the first photo on the left is RFE/RL TV journalist Tatev Lazaryan, and in the second is journalist Zara Manucharyan, now a spokeswoman for the RA Ministry of Labor and Social Affairs. Neither of them has used this product and they have never advertised it.

The journalists themselves told media.am about this, adding that the photos were used without their knowledge. And that the image of Slimagic seen behind the journalists is the result of Photoshop.

One of the advertisements of this”Medicinal Fluid” could be seen on shantnews.am. 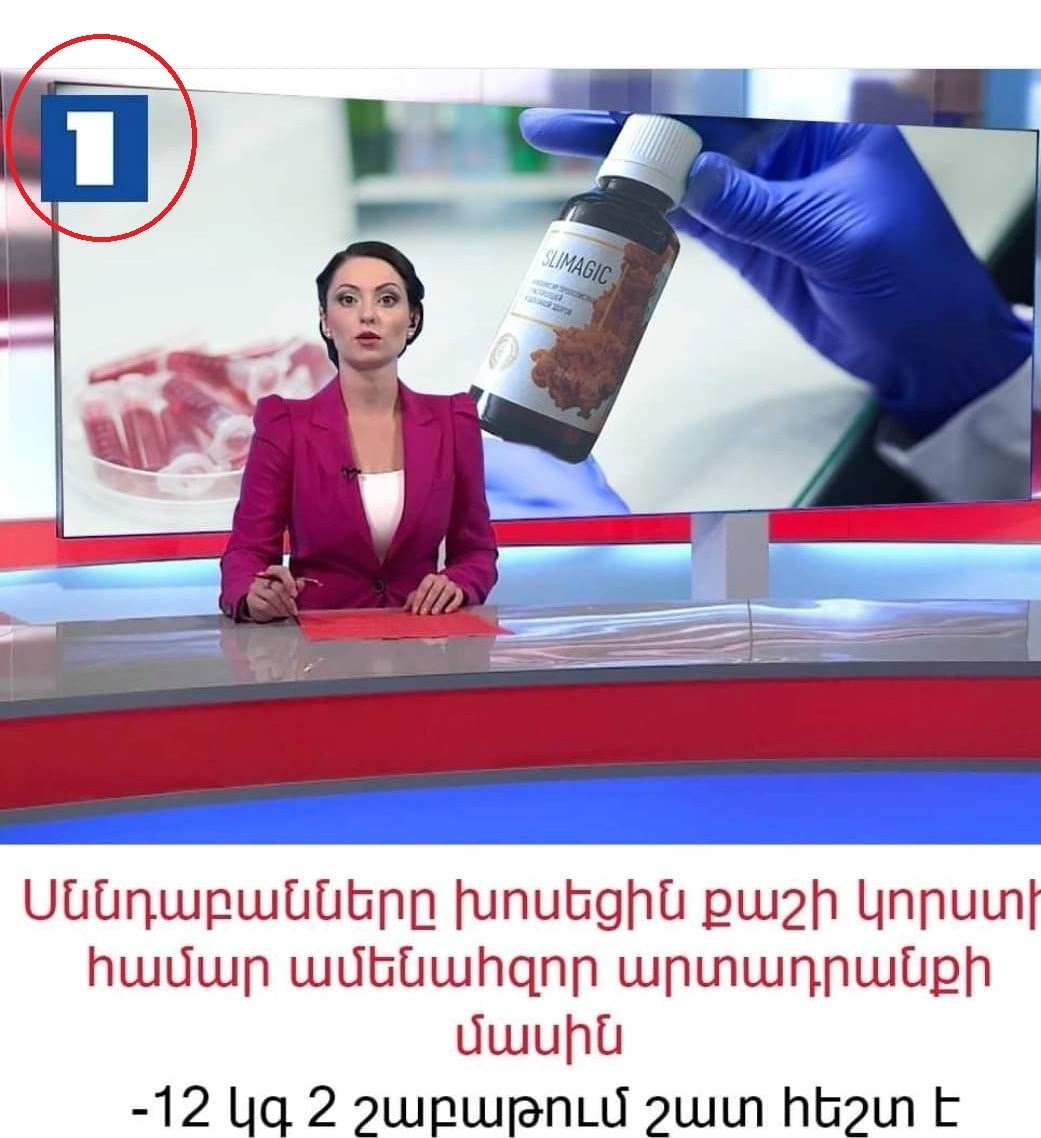 In the left corner of the advertised photo is the logo of the Public Television, while in the frame is Donetsk UnionTB TV journalist Evgenia Turenko. This is another consequence of Photoshop.

After entering the website of the advertised product, we were greeted by another wave of false information. First of all, it is mentioned that someone by the name of Liana Manukyan received a highly prestigious medical award for discovering a new way to lose 15 kilograms a week without chemicals. It is, of course, about losing weight through Slimagic. In the picture, in fact, is Anna Ghalayan, a former student of ASUE Faculty of Finance, whose photos have been taken from the official website of the university.

It is interesting that this falsification with the same content is spread in other countries as well. In the Armenian domain of the Internet, it was simply translated, and the picture was subjected to Photoshop. For example, Madina Shodieva discovered this “unique medicine” on a similar website for the audience in Uzbekistan, but the name of the product there is not Slimagic, but Fatality.

The site contains advice from doctors, nutritionists and others as if they guarantee the effectiveness of Slimagic and consider it safe. The name of any of the specialists in the field, however, is not mentioned. It is not clear who is the specialist whose words are quoted, does the person even exist at all? The site is also full of interviews with non-existent people and fake photos.

What role does the state play in this process?

Speaking about the product being advertised and its possible harmful effects, Vahe Danielyan, head of the FSI Food Safety Department, says that there have been many cases of such products being advertised and sold on social networks, including products that are not registered in Armenia. But the field is out of their control.

According to Danielyan, in response to the inquiry of the Inspection Body from the State Revenue Committee, they said that they do not carry out such accounting.

“We had to go to the police, presenting concrete facts. We are talking about more than 10 products – biologically active supplements, including slimming, fattening and similar products. Unfortunately, we still do not have any response. We have also applied to the State Revenue Committee with a legislative initiative so that the bioactive supplements become subject to labeling. With that, we will also try to regulate the issue of traceability. We sent the legislative initiative at the end of January. At this moment we cannot find another rational solution for control. Why can’t we find it? Because the state registration is done once and the state-registered product is subject to free circulation in the territory of the Eurasian Union, in the case of appropriate marking.”

According to Vahe Danielyan, now people have the right to import goods for personal needs without customs procedures. Later, instead of being used for personal needs, these goods become commercial goods and are sold by the population, that is why the inspection body cannot exercise control.

Danielyan says that in 2016, similar products were discovered, which contained pharmacological substances made of unnatural components. That is, they had a chemical composition.

Slimagic is also not registered in the EEU member states

The number of similar products registered in the EEU territory is 591,464. The list of these products includes biologically active supplements, food for athletes, diet food and cosmetics. However, it does not include a product called Slimagic, which raises doubts about its safety.

The inspection body also confirmed that Slimagic has no state registration, which is why this product cannot be controlled

In case of not having a state registration, the sale of a biological supplement or medicine in pharmacies is prohibited, while the advertisements mentioned that it can be purchased in Armenian pharmacies.

According to Vahe Danielyan, controlling pharmacies is their function. To date, however, they have not found the sale of the Slimagic supplement in pharmacies or other stores.

The “Medicinal Fluid” is also advertised on various websites. As a rule, there is no contact information on those platforms, and the information about the origin of the site is closed. Only in one case was it possible to find a telephone number, which, however, did not work.

Instead, we managed to get in touch with the real company “Laboratory of Beauty and Health” operating in Russia, the official website of which allegedly advertised Slimagic. The representative of the company said that they do not sell food supplements with such a name or any other product. Moreover, it is not registered in the state register at all.

I learned from closed Facebook groups that Slimagic has been spread in Armenia since 2019. It was mentioned in the group discussions that the “medicinal liquid” has low efficiency, moreover, many people said that they gained weight after using it.

Hasmik Muradyan, for example, said that she learned about Slimagic from Facebook ads. She decided to buy it through an online purchase, after which the product was delivered to her house. She is very dissatisfied with Slimagic, she drank it with nausea without seeing any effectiveness. After some time, with great difficulty, she contacted the company selling the goods in Armenia and demanded a refund. After long negotiations, the director of the company personally came to a meeting with Hasmik and returned the money. Hasmik found it difficult to say what company she was talking about, but she passed on the phone number with which they had contacted her.

I decided to call that phone number and get in touch with the company selling the product in Armenia. In a conversation with me, the representative mentioned that Slimagic is produced in Russia by the “Netmark” company. The cost of the drug is 36,000, but thanks to European benefactors it will be discounted and provided to me for 30,000. He explained that the payment is made only by hand. The representative found it difficult to answer what kind of benefactors he was talking about. He assured that Slimagic is registered in Armenia and its sale is legal, and they have been given a license by the Ministry of Health. He promised to give it to me, but he never got in touch and left the calls unanswered. The Ministry of Health informed that a drug called Slimagic is not registered in Armenia.

The results of this study and the obtained data were transferred to the Inspection Body. The case is being studied.