Nzhdeh’s Statue Is In Its Place 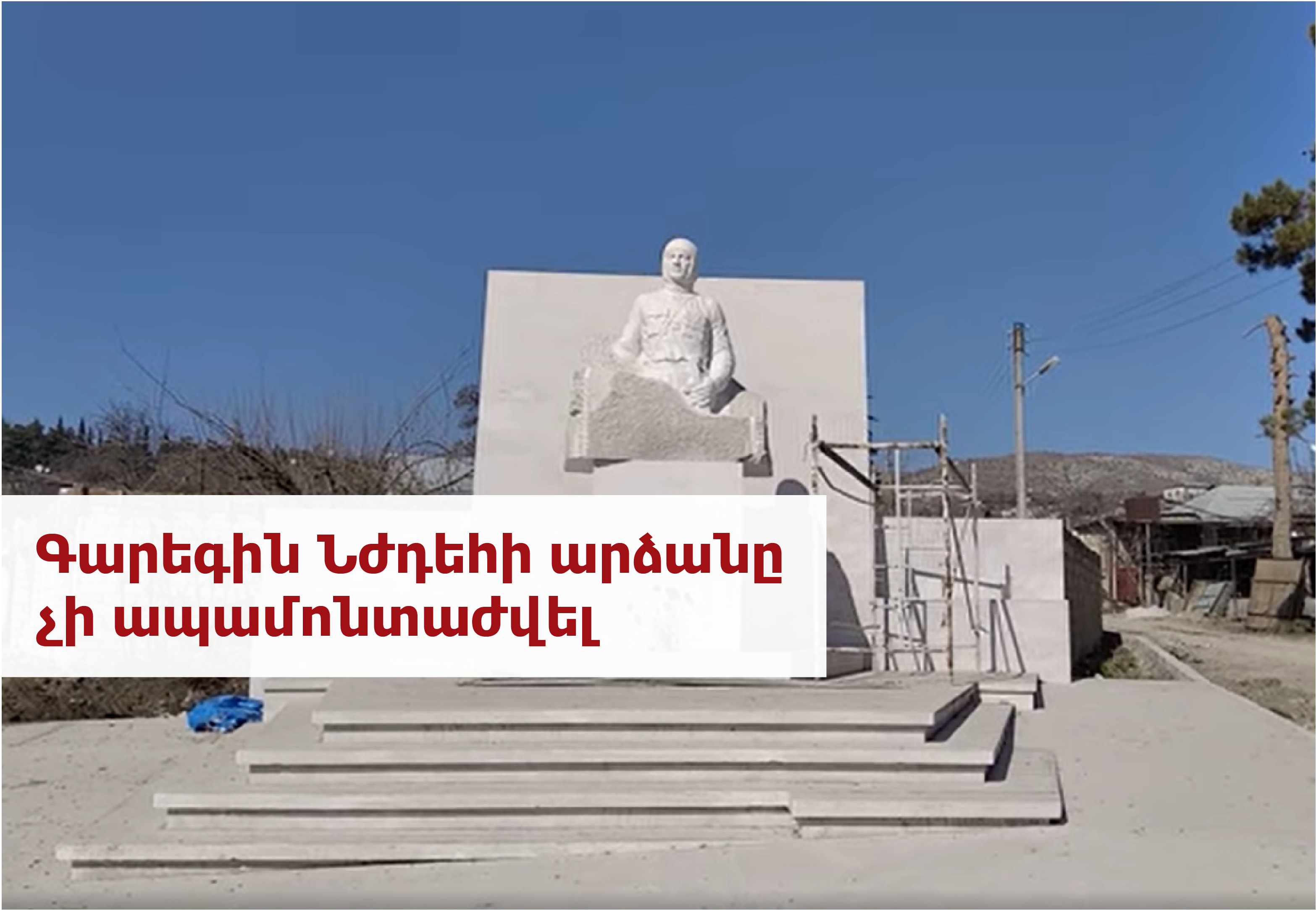 Since February 11, rumors have been circulating on the Internet that the statue of Garegin Nzhdeh has been dismantled in the Artsakh city of Martuni. The reason was that the Azerbaijanis made such a demand to the mayor of Martuni through Russian peacekeepers. The peacekeepers also offered to fulfill the demand in order not to aggravate the situation.

Independent MP Arman Babajanyan announced on the same day from the NA tribune about dismantling the statue and placing it somewhere else.

How did the news about the dismantled statue spread?

The news about the dismantling was spread in the media. The article on Para TV was titled, “Nzhdeh’s statue was dismantled in Martuni.” The video posted on Facebook received more than 30,000 views in 19 hours.

Citing this source, political scientist Hayk Martirosyan made a Facebook post about the statue being dismantled, and websites spread what he said without checking.

In fact, the statue is in its place

Nver Dadamyan, a member of the Martuni community council, denied the news from Martuni of the statue being dismantled with facts. He informed Media.am that the photos were taken at the time of publication. He also confirmed that there are rumors in the city about dismantling Nzhdeh’s statue in the future.

Martuni Mayor Edik Avanesyan confirmed to Media.am that the statue is in its place on Garegin Nzhdeh Street. It was installed in an unfinished state one day before the war, on September 26.

“The statue has not been dismantled, there is a decision of the Council of Elders on the installation of the statue. I do not want to read, listen to or comment on what is written on other social networks,” Avanesyan said.

He denied the news that a high-ranking Russian military man had demanded that the statue be dismantled. And the issue of moving the statue to another place is not on the agenda.

“There is work to be done on the bust. It is possible that only the bust will be taken to the studio to complete the work. After the war, this street is being renovated, asphalting works must be done. We will talk to the sculptor, if he does not have the opportunity to finish the work in Martuni, we will take it to a studio, “Avanesyan said.