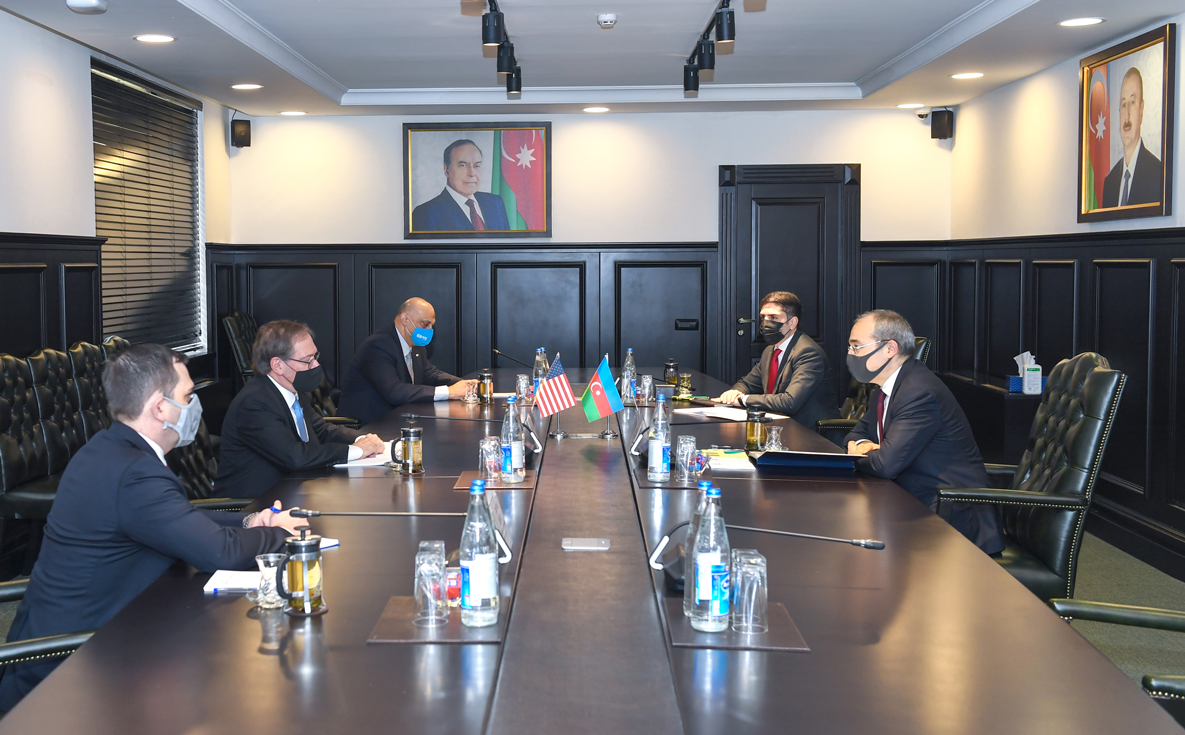 On January 27, a meeting took place between the US Ambassador to Baku Lee Litzenberger and the Minister of Economy of Azerbaijan Mikhail Jabbarov. An official statement on the meeting said that the US Ambassador congratulated Azerbaijan on “ensuring its territorial integrity” and stressed the importance of establishing lasting peace in the region.

The news was reprinted by various Azerbaijani media outlets, the information of which was cited and later appeared in the Armenian media. American scholar Suren Sargsyan was the first to write about this.

“The US Ambassador to Azerbaijan congratulated Azerbaijan on the restoration of its territorial integrity. This is what the ambassador of the Minsk Group co-chairing country says. An ambassador of a state that has always insisted that there is no military solution to the Nagorno-Karabakh conflict. This proves one thing. The Armenian authorities have failed and are subsequently failing in their foreign policy in all directions,” Sargsyan’s post said.

Citing Suren Sargsyan, the news was spread by the Armenian media: news.am, hraparak.am, armdaily.am, 168.am, yerkirmedia.am, mamul.am, antifake.am, etc., and various discussions on this topic started on Facebook. 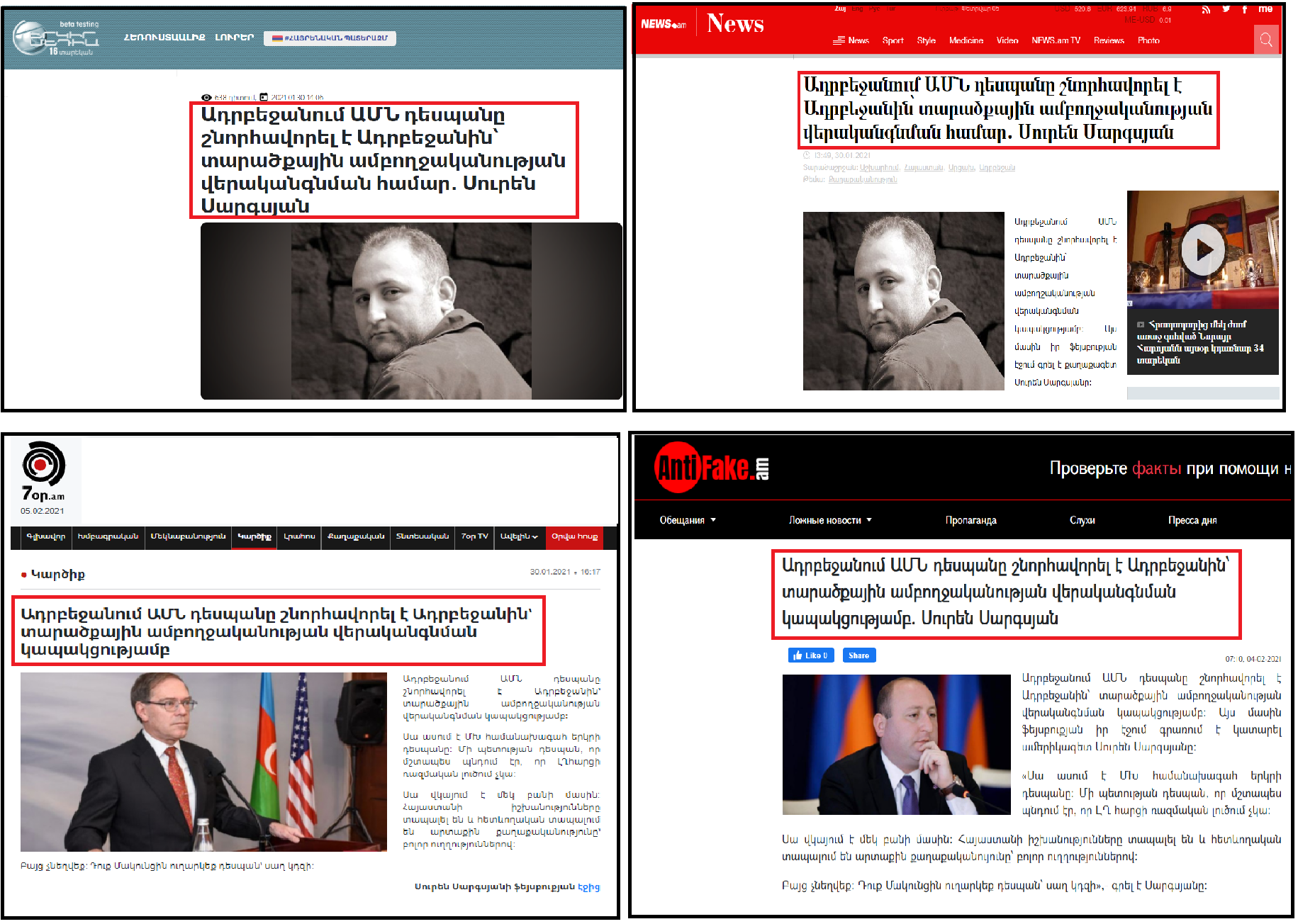 Thus, the media referred not to the primary source of information, but to American expert Suren Sargsyan, who, in turn, published the information only on the basis of an official statement from Azerbaijan.

The US Embassy in Baku made only one post about the meeting in tweets, where there is no word on congratulating Azerbaijan on the restoration of its territorial integrity.

Amb. Litzenberger met with Economy Minister Jabbarov Wednesday to discuss US-Azerbaijan economic cooperation. He noted that economic reconstruction and reconciliation in support of a peaceful negotiated settlement in NK will benefit all countries in the region.

This information later infuriated Brad Sherman, a member of the House Foreign Affairs Committee. He sent a letter to the US Ambassador to Azerbaijan Lee Litzenberger, demanding answers to the message published by the relevant Azerbaijani body and demanding clarifications

On this occasion, Media.am asked the US Embassy in Armenia to find out whether the statement of the Ministry of Economy of Azerbaijan corresponds to reality and whether it is the official position of the US. The embassy responded that the descriptions of other parties and sources are not the official position of the United States and called on using Litzenberger’s tweet as the basis of such positions.

The answer in full:

“We continue to be deeply concerned about the consequences of the resumption of the confrontation between Armenia and Azerbaijan last autumn, and we are clearly aware of the current humanitarian needs in the region. The United States supports the OSCE Minsk Group process and is committed to assisting the parties in reaching a lasting solution to the conflict based on the principles of the Helsinki Final Act, in particular the principles of exclusion of force and threat օf force, territorial integrity and equal rights and free self-determination.

The official statements of the USA indisputably reflect our position on a specific issue. The descriptions of other parties and sources are not our official position. Therefore, we draw your attention to Ambassador Litzenberger’s Twitter post in connection with the meeting.”

The post tweeted by the embassy does not contain congratulations on ensuring Azerbaijan’s territorial integrity.