Azerbaijan Has Issued Mining Licenses In NKR For Years* 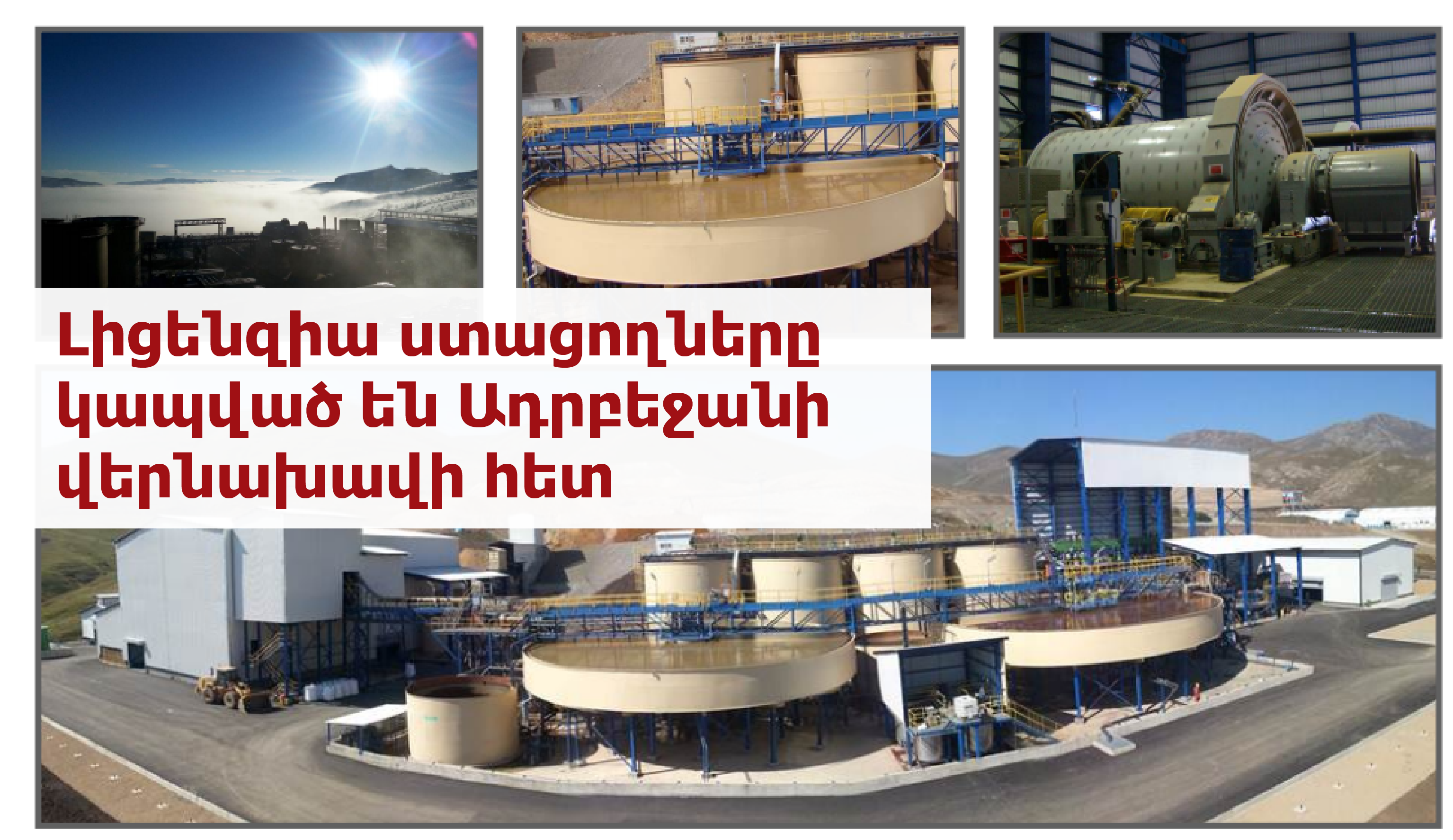 In the early 2000s, Azerbaijan sold the licenses of three mines in Artsakh controlled by Armenian forces to a British company. Its multinational leadership has ties with the Azerbaijani elite, has been involved in corruption and has experience in public administration in their countries.

On December 23, 2020, economist Hovhannes Avetisyan said during Sergey Danielyan’s “Mardavari Zruyts” program that Azerbaijan had sold the license to use the resources located in Artsakh during the Soviet era to British companies (in the video from 27:10).

Media.am fact-checked this information: It turned out to be true. The licenses were bought by the British Anglo Asian Mining PLC company, which operates several mines in Azerbaijan. This was extraordinary in several respects:

Media.am decided to investigate the topic with open sources to find answers to the questions.

What does Anglo Asian Mining produce and in what areas?

This British company was founded in 2004. Azerbaijan is the only country in which it carries out its activities. Its subsidiary, Anglo Asian Operations Limited, is registered in the offshore zone of the British Virgin Islands.

The shareholders and directors of the organization are from Great Britain, the USA and Azerbaijan. They are former high-ranking officials, mining specialists and businessmen. The head of the company is an Iranian, Reza Vaziri.

One of the two offices of the Anglo Asian Mining PLC is in London, the other in Baku. According to the official website, it is engaged in the extraction of gold, copper and silver in Azerbaijan.

The company, under another name, RV Investment Group Services LLC, came to Azerbaijan in 1997, but things didn’t go well. In the 2000s, the company returned with a new name, and this time things were much more successful.

The British company operates 3 mines in Azerbaijan with a total area of 1,062 square kilometers. According to the agreement, the state has its share. 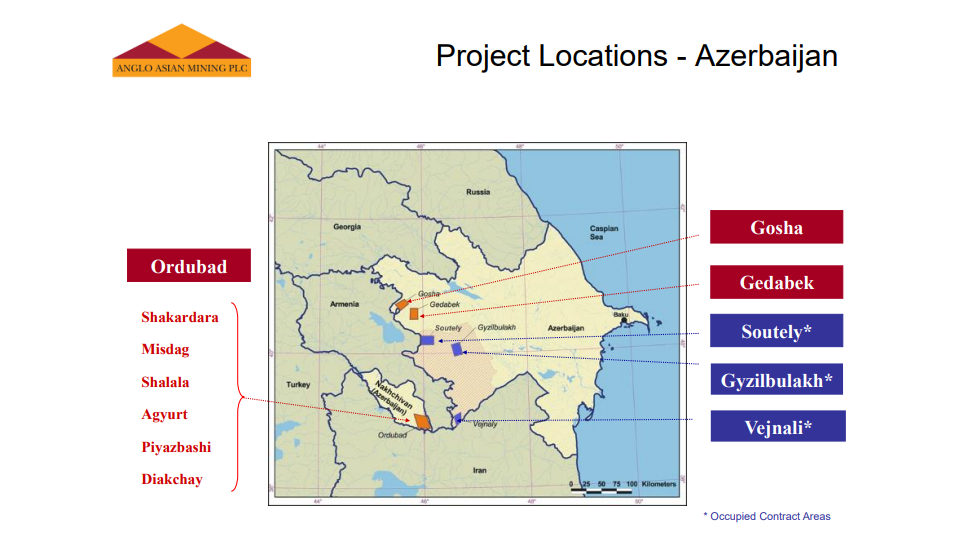 Map of the company’s contract areasBefore the 2020 war, the company owned 3 contract areas with an area of 900 square kilometers under the control of Armenian forces. The company plans to exploit the mines “when the political situation allows.”

A separate section of the site is dedicated to the “occupied” territories. The mines located there are visible on the published map. We could not find areas with their names. However, according to the geographical location, we can say that Soyutlu is Sotk, Gizilbulakh is Drmbon, and Vezhnali is in Zangelan.

According to the mining company, Azerbaijan is a democracy

A separate section on the Anglo Asian Mining website is dedicated to Azerbaijan. It is described as a “politically stable democracy.” According to the mining company, this country has “an established democratic government that fully supports international investment initiatives.” The site also adds that low cost  labor is available in Azerbaijan.

The website does not mention the source of these assessments, but international organizations say otherwise. For example, Freedom House in its latest report of 2019 considered Azerbaijan an authoritarian country.

Who are the owners and managers of the company?

The shareholders and executives of Anglo Asian Mining PLC have companies in offshore zones. They hold high administrative positions in their countries and cooperate with each other in different companies. Investigative journalists have written about several corruption deals, some of which are related to the ruling family of Azerbaijan, or their close circle.

The names of 5 main shareholders are published on the official website of the company: The data was updated on December 8, 2020. 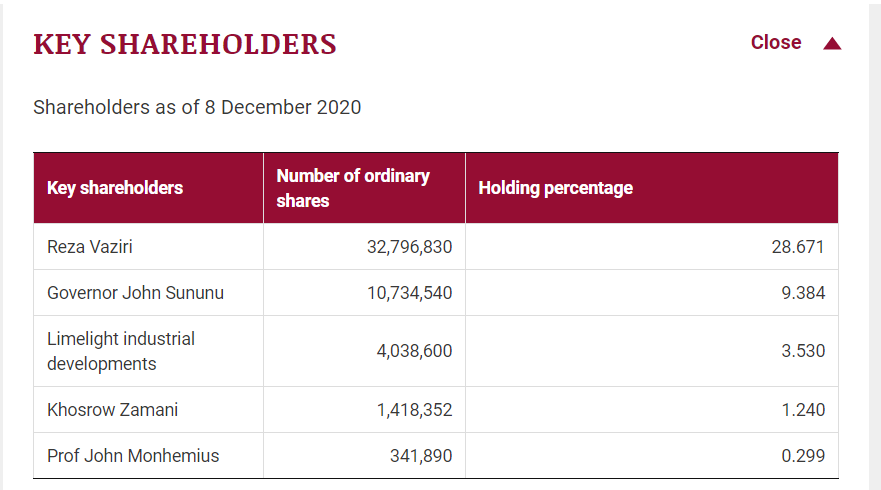 Other family, friends and corruption:

? Reza Vaziri: he can get the Minister of Azerbaijan to say what he wants

Reza Vaziri, President,  CEO and the largest shareholder of the Anglo Asian Mining PLC, has been doing business in Azerbaijan since its independence. His US-based company, RV Investment Group Services LLC, came to Azerbaijan during the time of Father Aliyev’s government. The agreement signed in 1997 includes 9 copper and gold mines.

Before starting his career as a businessman, Vaziri held a number of high-ranking positions in the government of pre-revolutionary Iran, in particular in the Imperial Court of Iran.

Vaziri is not an ordinary successful businessman: He has ties in Azerbaijan and beyond. He was involved in corruption.

? In 2016, the OCCRP published an investigation about Asian Anglo Asian Mining PLC and an offshore company owned by Aliyev’s daughters. Though the name of Vaziri’s company was mentioned beforehand for the exploitation of the Chovdar mine, the company’s experts visited the field, but the mine was not exploited by them. The mining license was obtained by a consortium led by Londex Resources S.A, which is registered in the Panama offshore zone. This company is owned by Aliyev’s daughters, Leyla and Arzu.

? In 2001, Vaziri helped Unaoil, a company involved in corruption deals. His connections with the Azerbaijani leadership were revealed by the leak of this company’s e-mail.

In his letter to Vaziri, the Unaoil executive said he was able to meet “at any time” with Azerbaijani Minister of Industry and Energy Natik Aliyev and Prime Minister Artur Rasizade. The vizier can get Minister Natik to “say exactly what we want.”

? Vaziri is the founder and lifelong co-chair of the US-Azerbaijan Chamber of Commerce Board of Directors. The purpose of this Chamber is to deepen business ties between the two countries. Members of the Chamber have held high-ranking positions in the United States.

James Baker III is a member of the Honorary Council of Advisors of the Chamber which was founded in 1995: He has held high positions in the administration of 3 US presidents. A member of the same chamber is Henry Kissinger, former US Secretary of State, Assistant to the President for National Security Affairs, and Brent Scowcroft, Assistant to the President and Assistant Secretary of State for European and Eurasian Affairs.

The former governor of New Hampshire who also mines gold in Azerbaijan, John Sununu, is also a member of the US-Azerbaijan Chamber of Commerce, along with Reza and others.

? ? The Sununu family: they hereditarily govern in the US state of New Hampshire 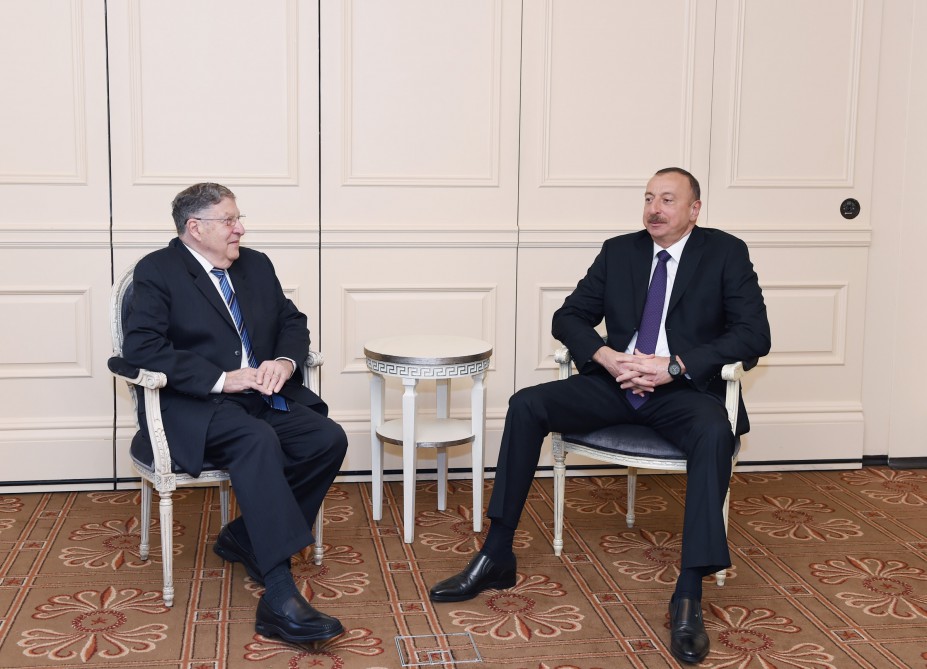 The second-largest shareholder of Anglo Asian Mining PLC is 81-year-old John Sununu. He and his son Michael Sununu are on the list of directors of the same company. While the names of both are on the website, their family connection is not specified.

John Sununu has experience in public administration. He became the governor of New Hampshire three times, then US President George W. Bush appointed him chief of staff in 1989, after which he hosted CNN’s Crossfire political debate.

The governor of New Hampshire has been Sununu’s son, Republican Chris Sununu, since 2017.

The next shareholder of the company is a British company, which is engaged in the creation of industrial parks. Founded in 2011, it is registered in the building of an auditing company. We could not find any other information about the company.

? Khagani Bashirov: His name is associated with the disappearance of $109 million from the IBA

Khagani Bashirov was one of the major shareholders of Anglo Asian Mining PLC. His name was last published in the company’s 2014 annual report with 11.44 shares.

The Azerbaijani businessman lives in Luxembourg. His name is in the investigation of RFE/RL’s Azerbaijani Service. In it, the disappearance of $109 million from the International Bank of Azerbaijan (IBA) is revealed.

In the investigation, he is presented as an individual with many connections. And though the law of Azerbaijan did not allow dual citizenship, he was a citizen of both Azerbaijan and France at the same time.

Among the clients of his consulting company are the state-owned companies of Azerbaijan, including SOCAR. IBA was mentioned in the list of its partners. The bank cooperates with Anglo Asian Mining.

Ahmadov is the company’s vice president for affairs with the government. He has worked in the oil industry since 1988, holding various senior positions at SOCAR.

SOCAR is the state oil company of Azerbaijan, the profits of which are also used by Aliyev’s family and close circle, for example, they travel for free on a yacht owned by the company.

CBC Azerbaijan TV is owned by SOCAR. It creates content in several languages, including Armenian. It spread state anti-Armenian propaganda, and during the 2020 war, it broadcast an extensive interview with prisoners of war captured by Azerbaijan.

? William Morgan and his offshore connections

William Morgan, the CEO of Anglo Asian Mining PLC, owns Holance Holdings Limited, which is registered offshore in the British Virgin Islands. According to the leak of Panama Papers, it is connected to the subsidiary of this mining company registered in the same offshore zone. 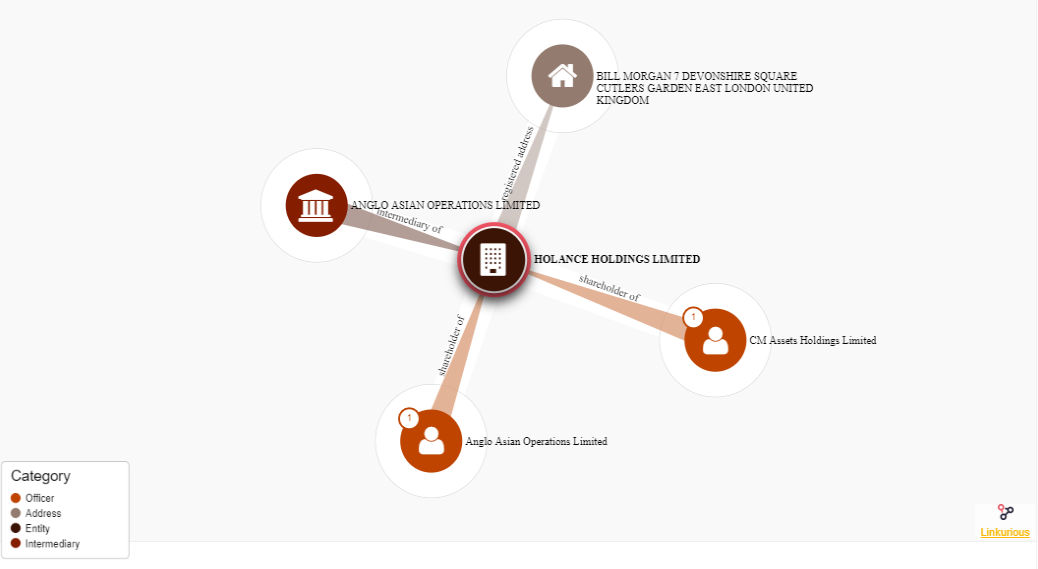 So what does this mean?

Azerbaijan was able to sell the licenses of three mines under the control of Armenian forces to an organization the owners of which conducts business in this country, is involved in corruption and is registered in the offshore zone. Its owners are Azerbaijanis, as well as citizens of the USA and Great Britain.

After the 44-day war in 2020, Azerbaijan took back one of the three mines, and they entered the mine on the Karvachar-Gegharkunik border after the ceasefire.

It is noteworthy that the Nakhichevan mines included in the company’s development plan have not been exploited yet. The tripartite declaration of the ceasefire established the unblocking of all economic and transport ties in the region, according to which Azerbaijan will be connected to Nakhichevan through the territory of Armenia.

* In the original version of the article, Kashen was written instead of Drmbon, which is wrong. In the sources of the Soviet period, there is an Armenian name of Gizilbulakhi – Drmbon (p. 238). However, it should be noted that neither the location of Drmbon nor Kashen corresponds to the location of the mine published by the company.