Updated: Injured Civilian of Ganja is NOT an Ethnic Armenian 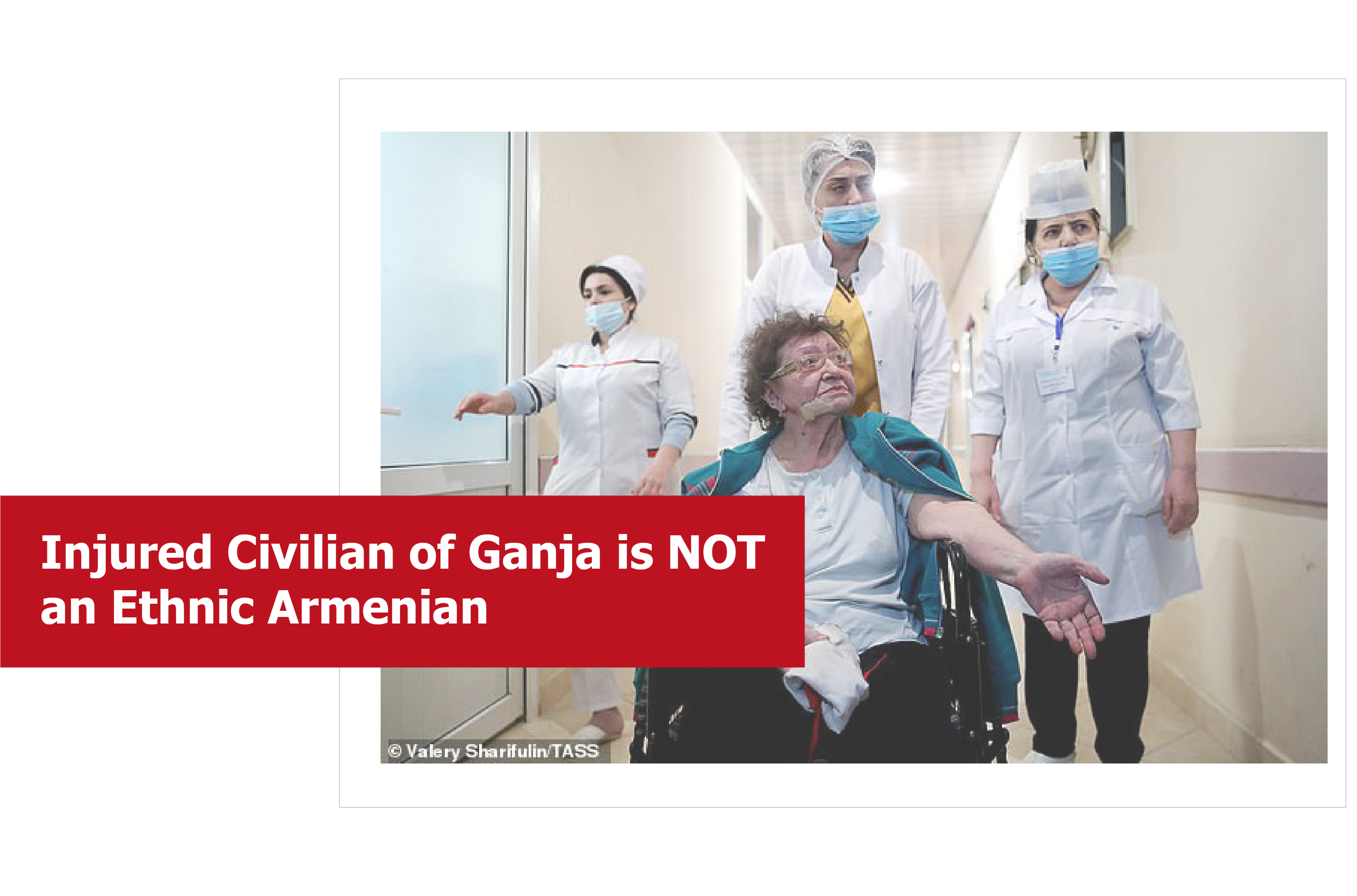 False information was disseminated amid the shelling of Ganja, the second-largest city of Azerbaijan, on October 4․

As a result of shelling, one man was killed and several injured. Among the wounded, as it was falsely claimed, was an ethnic Armenian. This piece of disinformation was spread not only on social media. It made headlines in several Azerbaijani media outlets (Azeridaily.com, azvision.az), including AZ TV, a state-controlled national television station. The short report is titled “An Armenian woman injured in the shelling of Ganja Armenians called on AzTV.”

The name of the wounded varied from source to source – Karina Grigoryan, or Nina Qriqoryan.

Apart from the Azerbaijani sources, no other international media outlet claimed the woman to be an ethnic Armenian*. Instead, Hovhannes Nikoghosyan’s tweet suggests something very different. “Appears she is in fact #Russian Nina Grigorenko from Ukraine. No #Armenians in Azerbaijan since 1990”, – he writes.

There are so many falsehoods flooding from #Azerbaijan that sometimes you find it unreasonable even to react. E.g. fake ‘Armenian’ living in #Ganja/#Gence. Appears she is in fact #Russian Nina Grigorenko from Ukraine. No #Armenians in Azerbaijan since 1990.

He posted a screenshot to back his claim, in which we see “Ekaterina Voronina”’s post in the “Старый Баку” (Old Baku) public group on Facebook. She wrote in Russian that the injured woman is her ex-mother-in-law. Her full and real name is Nina Romanovna Grigorenk, not “Grigoryan” as she was introduced at the hospital. She claimed that the injured woman is Russian, not Armenian, and called on others to help in clarifying her identity.

As proof of her statement, she posted 3 pictures: two of which were screenshots of the false reports and another photo is the woman in Ukraine.

Currently, this post is not available in the group, but media.am found additional confirmation. 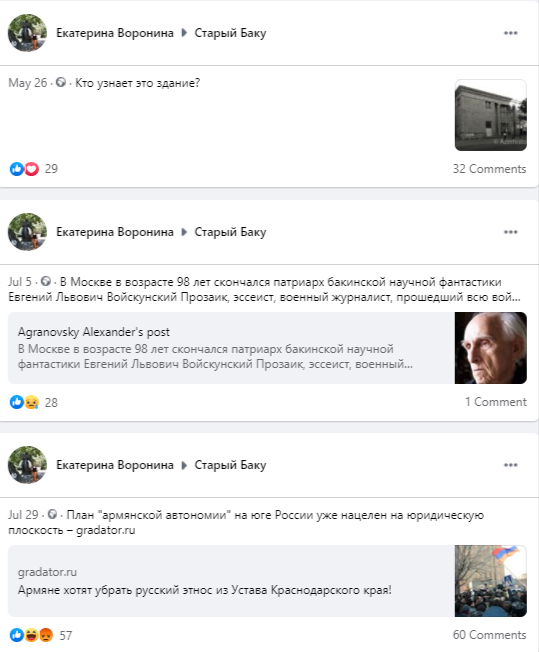 On her Facebook friends list, we found a user “Nadezhda Grigorenko” with the same surname as her allegedly ex-mother-in-law. 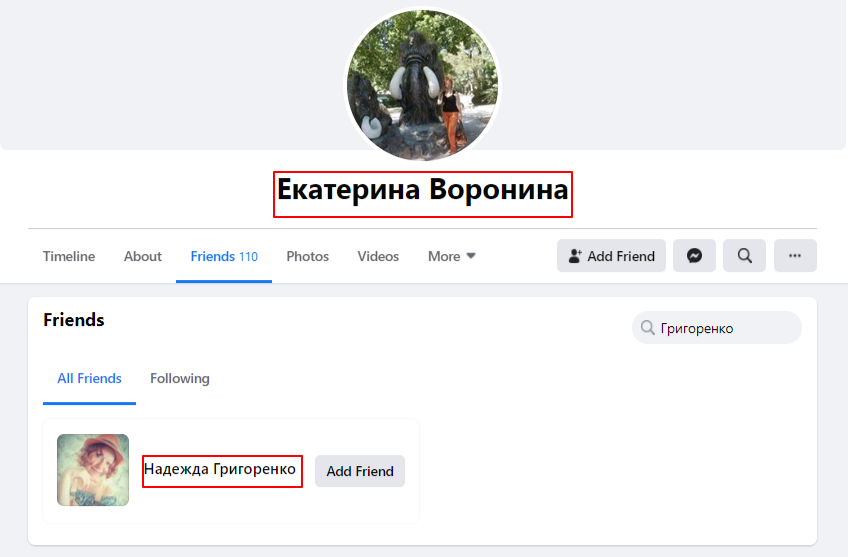 *Updated on October 6, at 10:00am. After our publication we learnt that the journalist from Russian TV Rain, currently working in Azerbaijan, had talked to the wounded woman and found out that she is half-Ploish, half-Jaw, half-Armenian. Her full name is Nina Grigorenko, as it was mentioned on the Facebook post.

So, it turns out that the wounded woman has Armenian origin, but the Azerbaijani media outlets did not introduce her name correctly.