Misinformation About The Fighting In The International Media: Updated 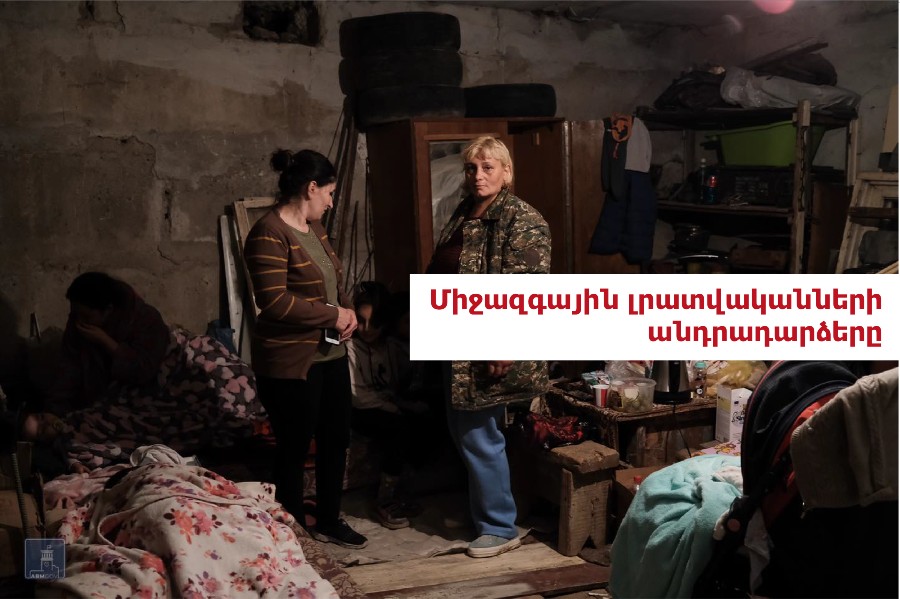 On September 28, terrifying information was posted on the Facebook page of Lenta.ru, as if 550 Armenian servicemen had been killed, there was no room in hospitals, the blood reserve was not enough. And Baku believes that the Armenian side is hiding the information about the losses. 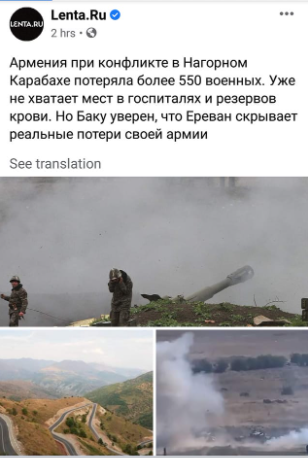 The Russian media later deleted this post, and the denial of the Armenian side appeared on the website.

In another post, on September 27, the same website reported on Facebook that “while politicians understand the situation and impose martial law, civilians in Karabakh are suffering.” 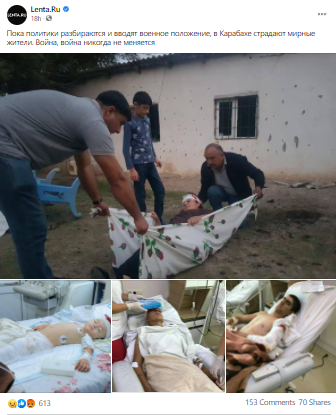 The first of the 4 photos published by the news agency was published in the Turkish media on the morning of September 27. It allegedly depicts Azerbaijanis who suffered from the targeting of the Armenian side. The content of the pictures is suspicious, as they appeared mainly on Turkish websites.

The other pictures published by Lenta.ru are taken from the publication of the Artsakh Human Rights Defender.