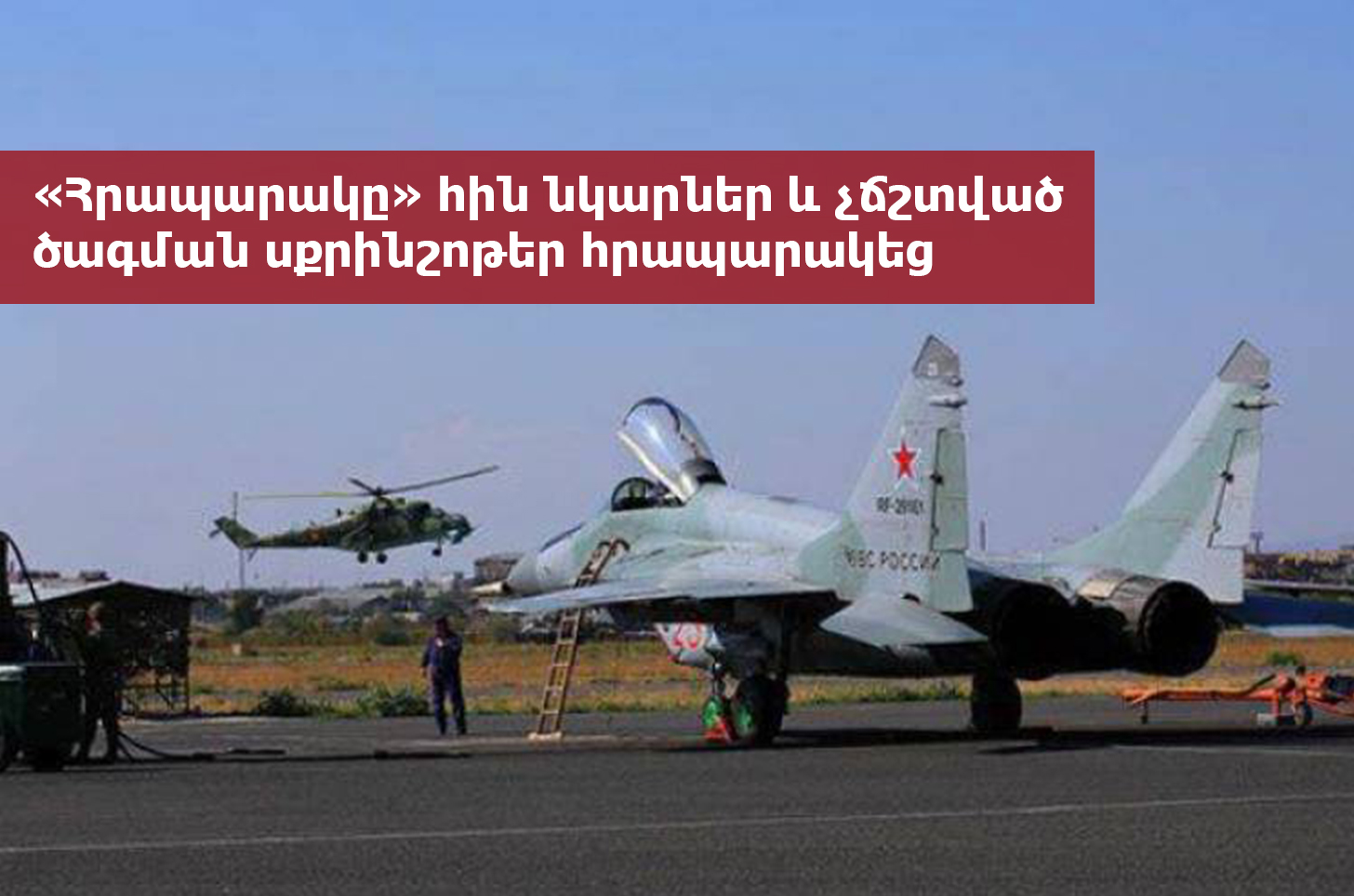 On September 28, the second day of large-scale Armenian-Azerbaijani clashes, Hraparak.am reported that Russia was transporting a large number of weapons to Armenia. The news was accompanied by an old photo.

In recent weeks, official Baku has been spreading unverified news about weapons being transported from Russia. Eurasianet notes that in this way Azerbaijan was trying to create diplomatic obstacles to supply arms to Armenia.

Hraparak’s evidence does not support the site’s allegations

Hraparak.am wrote that during the last day “Russia is moving air forces to Armenia” published a photo of a Russian military plane taken in 2015. 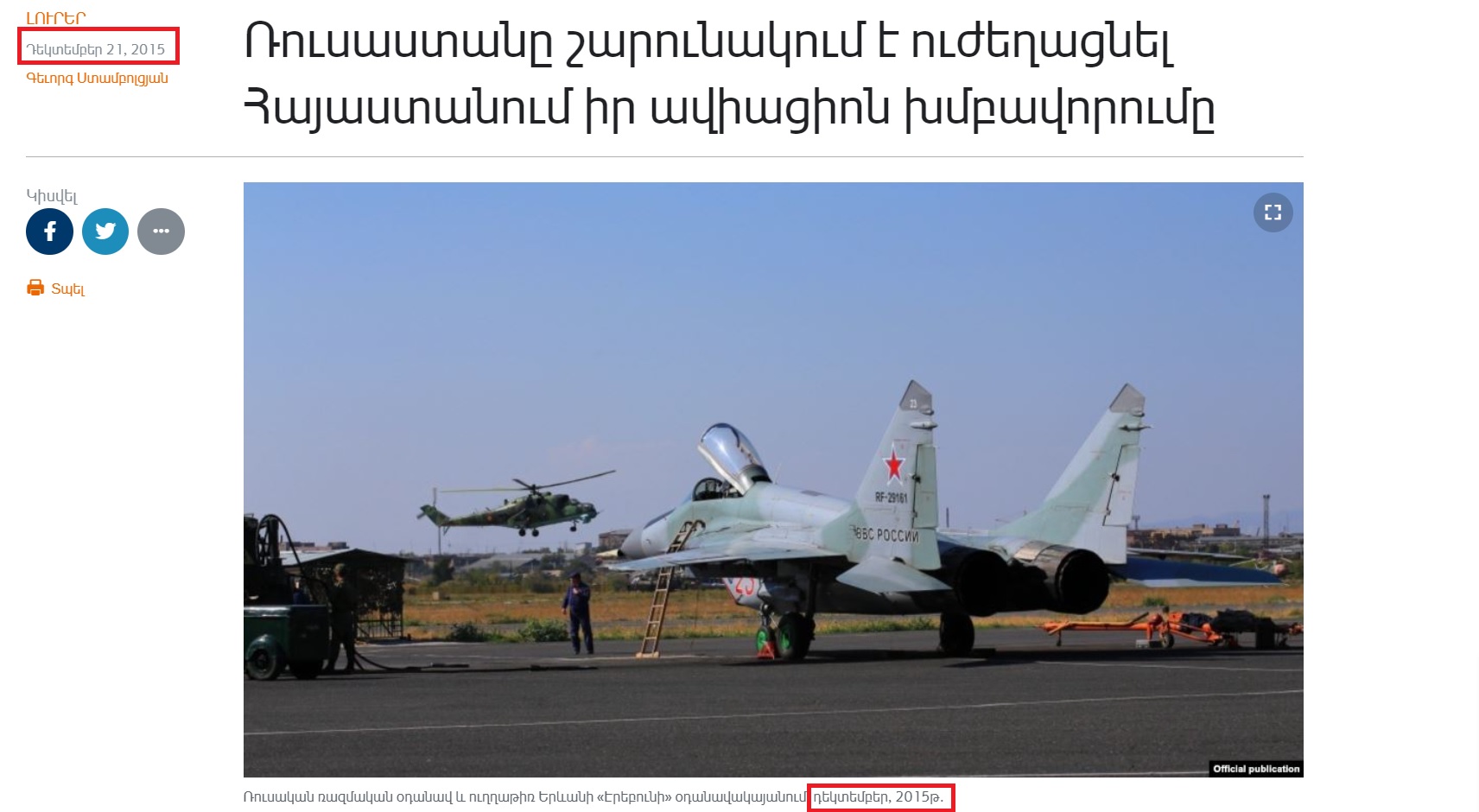 In addition to the old photo, the site provided other evidence: Two screenshots from flightradar24.com, which monitors aircraft movements.

The first screenshot (Rostov-on-Don, Armenia) shows a Russian Antonov An-124 (RA-82035) military plane, the last flight of which took place on September 26. Flightradar24.com does not provide information about the endpoint of the flight.

The second screenshot (Moscow-Rostov-on-Don) shows the Russian Ilyushin Il-76MD (RA78850) aircraft. In this case, too, information about the endpoint is available on flightradar24.com.

Flightradar24.com shows the route of the planes on the map. In this case, too, Media.am failed to find a match with the screenshots spread by Hraparak.am.

Thus, Media.am failed to confirm the information of the screenshots disseminated by Hraparak.am on flightradar24.com.

In recent weeks, official Baku has been actively circulating the thesis that Russia is sending aid to Armenia. Ilham Aliyev even complained to Vladimir Putin personally. Moreover, pro-government websites accused Georgia of allowing weapons to be sent to Armenia through its territory. Georgia has denied the allegations.

Eurasianet notes that in this way Azerbaijan may have been trying to create diplomatic barriers against supplying arms to Armenia.

Hraparak.am mentions its source of information as not being Azerbaijani, but Russian websites, in particular the platform Avia Pro. The information spread by this platform in August was denied by the Ministry of Defense of Armenia.

The screenshots and information disseminated by Hraparak.am on September 28 were reprinted by Bavnews.am, Hayeli.am, as well as mushroom websites. These sites also used old pictures of airplanes in their publications.