On September 9, news websites began distributing a “sensational video” of an Armenian man walking in Baku and sending greetings to Azerbaijani police and security personnel. The video was edited, and its source is a suspicious YouTube channel. Despite that, the media, including Public Television, spread the video.

Media.am studied the video and and found a number of inconsistencies.

The source of the video is a suspicious YouTube page

The video was published by the YouTube channel “Rasim Huseynov”. It was created on September 9, seven minutes after its creation it uploaded the video “Armyane v Baku” There is no other video on the channel.

The video of the newly created YouTube channel was spread by several news outlets (for example, verelq.am) and many mushroom websites.

The material was first distributed by Infoport.am. Referring to Infoport, Artsakhpress also published the video but soon removed the material (it was saved in Google cache).

According to the data of Crowdtangle, the social network monitoring tool, Infoport.am’s material was the first to be spread on Facebook. 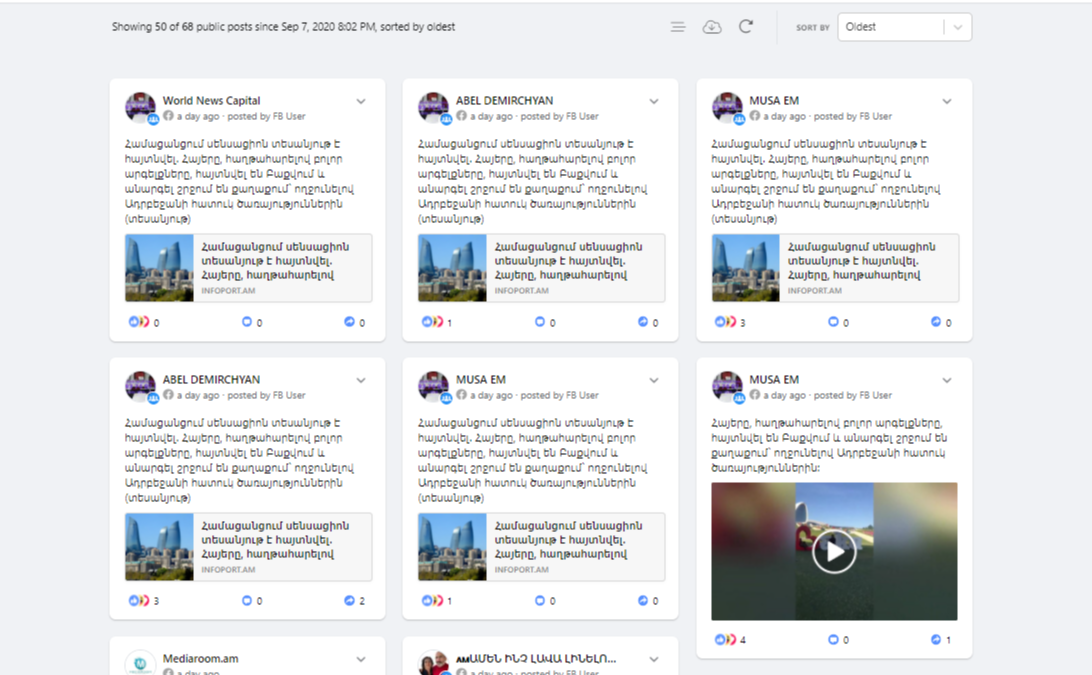 There are traces of editing in the video

According to media expert Arthur Papyan, the video has most likely been edited. Papyan says that the noise in the video is not artificial, but in contrast, the voice of the talking man has something strange about it. Thus, despite the strong wind, his voice is not interrupted at all, it does not fluctuate.

“The voice behaves strangely. I turn off the noise with an equalizer (sound editing program tool – editor), the wind disappears completely, and his voice is perfectly heard,” said Papyan. According to him, the video was obviously shot on a phone, and phone recorders provide sound fluctuation in case of such winds.

The author speaks Russian, but in the frame, he asks in Armenian to “catch the camera” so that he can start shooting on the phone. Papyan pays attention to the bright spot in the same place in the shot, which, in all probability, is the defect of the filming camera. In other words, it is possible that the whole video was shot with the same device.

Papyan also mentions that the video was not posted on YouTube at first, because during the vertical shooting, the “free” parts on the right and left are simply turned black by YouTube, and in this case, there are blurry images in their place. It can be assumed that the video first appeared on some social network or was edited with an editing program.

Geolocation data show that the video is not new

The video was indeed taken in Baku, more specifically in the yard of “Heydar Aliyev” center. Some details suggest that the video is not new. 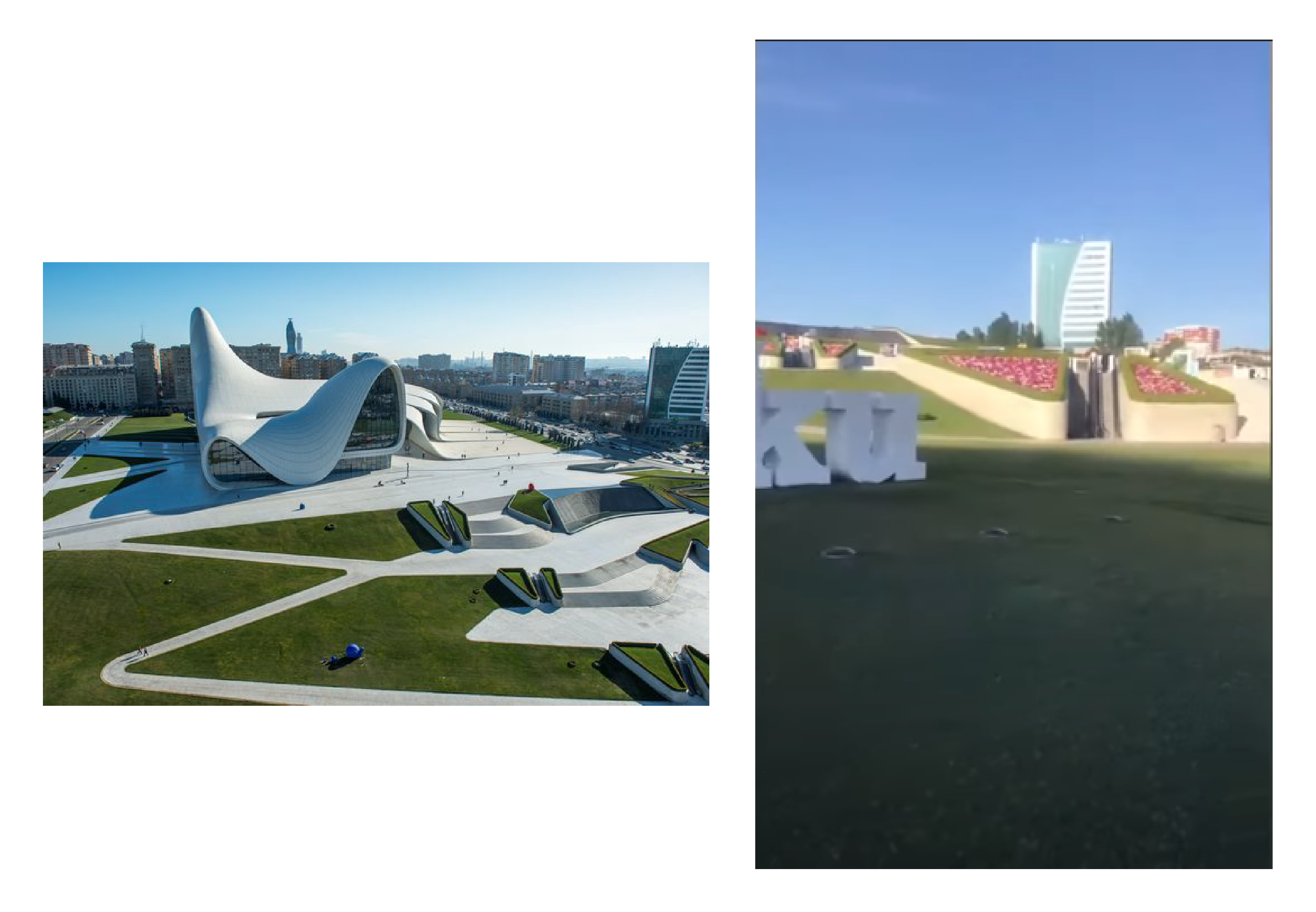 In the video, pink flowers bloom in front of the center. The center published pictures from the same area on August 29 of this year. The triangular platforms are green and there are no flowers.

To make sure of this, we used the application Google Earth to find out when the flowers were there. The pink layer is visible only in some images between 2017 and 2018. 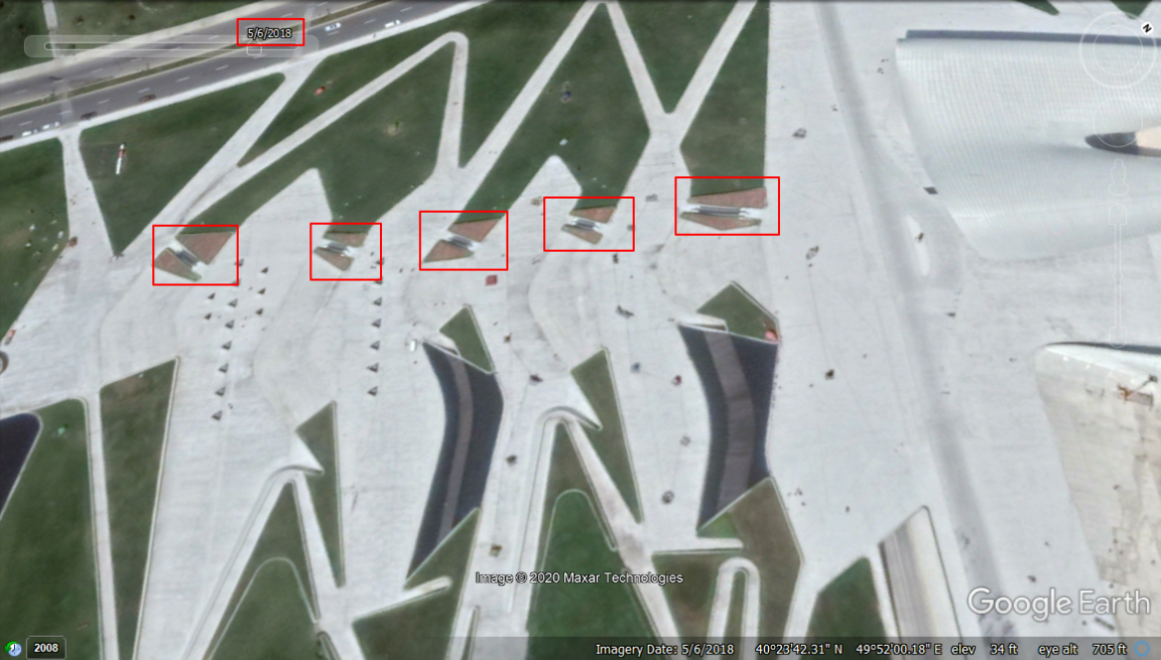 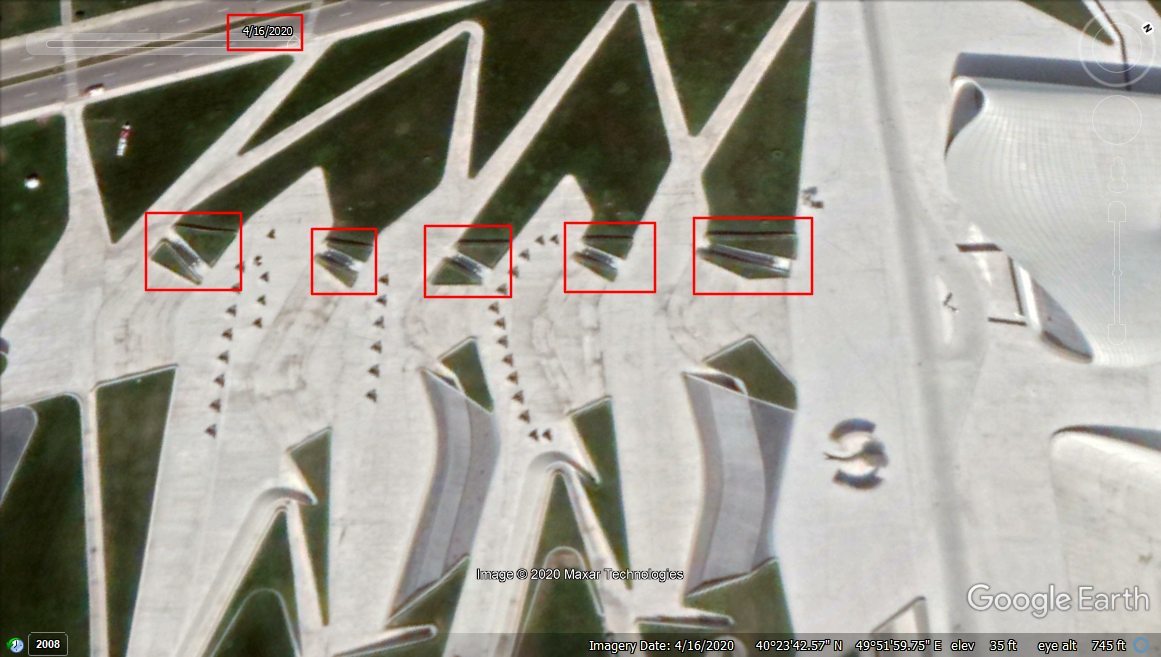 The outdoor exhibition that appears in the video is the next filter that allows you to determine the year of the video.

The exhibits that appear are the work of photojournalist Reza Deghati. The center has exhibited his works several times, including in April-October 2018. There was no such exhibition in 2017.

According to the video, the Azerbaijanis were in Yerevan a few months ago

This is not the first such case in the information war. A video built with the same logic was spread in February 2020. Allegedly, several Azerbaijanis were roaming freely in Yerevan, considering the city Azerbaijani, and accusing the Armenian special services of inaction.

A few days later, the National Security Service of Armenia revealed that the video had been edited. The real video was shot and posted on the social network at the beginning of 2018. In it, the author showed the newly opened trade center of Yerevan.

This video was later accompanied by a recording of the Azerbaijanis’ conversation and sent from the Facebook user “Давуд Гаджиев” to the Armenian user. The latter passed it to the user “Gor Madig Grigoryan,” from whose page the video was spread.