They Took A Photo, They Didn’t Ask Questions, They Were Declared “Perverted”

During the photoshoot of a brand of a newly created clothing line, a passer-by took pictures of the models and left. In the evening, the picture appeared on the Facebook page of the founder of a news site, accusing them of “perversion” and added political commentary.

The photo was widely circulated on social media and in the press with a manipulative caption.

On June 28, Facebook user Ariana Hovsepyan posted a photo of the young people on her page and wrote that the “depravity” was taking place in the streets of Yerevan in broad daylight.

Hovsepyan also gave political content to her post. “[…] Those who constantly talk about Nikol as the one who allegedly ‘liberated’ people from 20 years of slavery and who deify him, now let them answer, were you talking all this time about this kind of freedom, did you dream of it, this is freedom? It is permissible to spread depravity unrestrained and freely in the streets, right?”

Hovsepyan’s post was shared about 520 times on Facebook. The photo was published by 7or.am, blognews.am, artsakh.news, a number of mushroom websites.

On July 1, the brand published a part of the shooting on its Facebook page and announced that it was going to file a lawsuit against Ariana Hovsepyan.

Who is Ariana Hovsepyan?

Ariana, also known as Armenuhi Hovsepyan, is the founder of “Reflection” press club and the newspress.am website.

In 2016, Ariana Hovsepyan was found guilty of inciting false accusations and sentenced to one year in prison. However, another precautionary measure was applied against her – a bail of 500,000 drams.

In 2019, Hovsepyan established the “Give a Smile” charity foundation. Edmon Marukyan, leader of the “Bright Armenia” party, Nelli Duryan, head of the 3rd Police Department, and other guests were present at the official opening at the “Alexander” hotel. 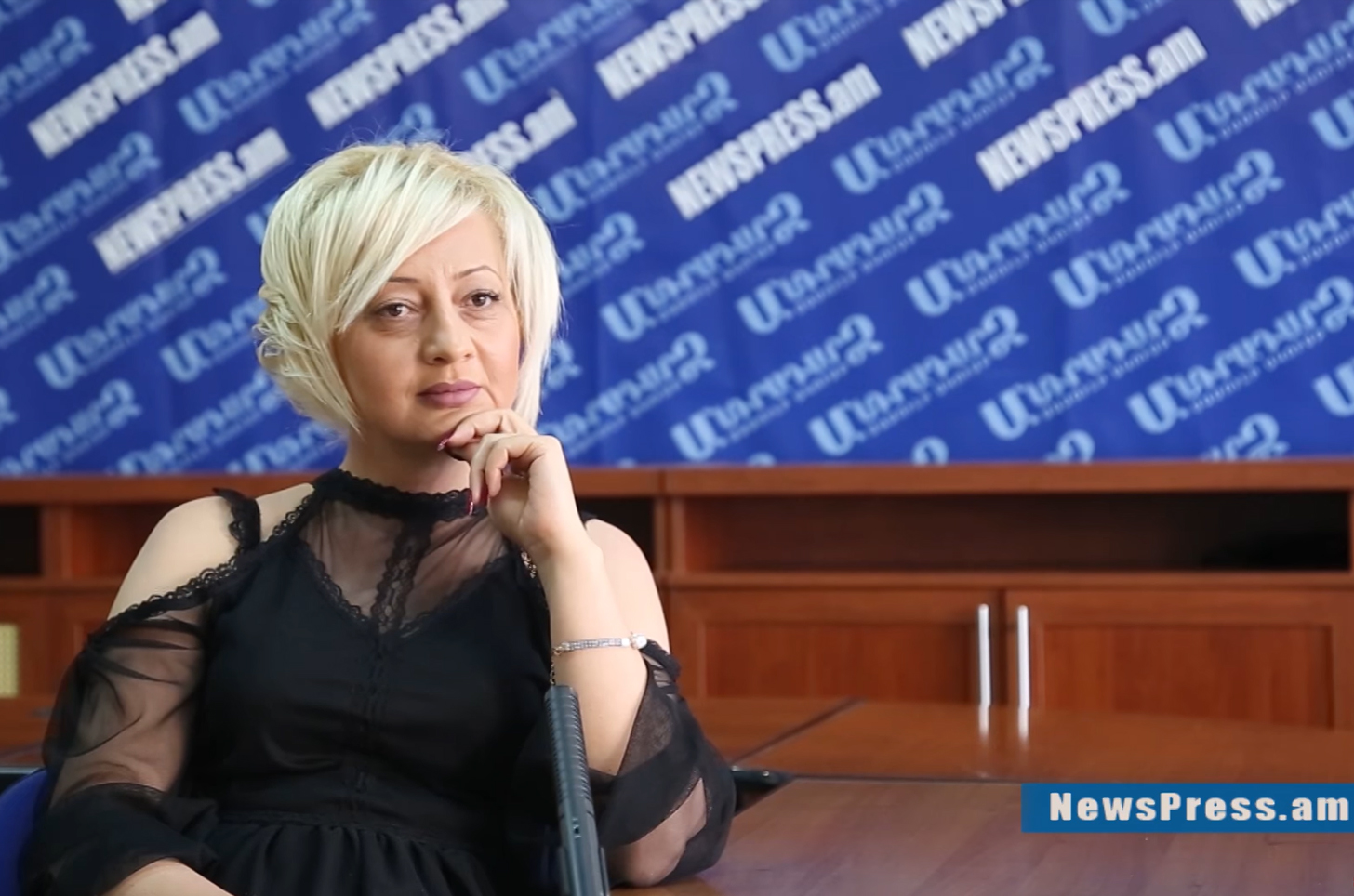 At the opening of the foundation, Ariana Hovsepyan informed that the foundation was established with Moscow-based businessman Albert Harutyunyan. The fund will support families in need.

Hovsepyan is a strong critic of the post-revolutionary government of Armenia. He does not shy away from swearing. Hovsepyan refuses to wear a mask, there have been cases when he spread manipulative or false news.

Media.am asked Ariana Hovsepyan to comment on her June 28 post. In a conversation with us, Hovsepyan said that the picture was sent to her by her source, but she was not the first to publish the picture. “I had [the picture] a few hours before it spread on the Internet, but I hadn’t posted it yet. Only when they posted it, did I post it on my page,” Hovsepyan said.

To the question of on what grounds she assumed that what was happening was homosexual “propaganda,”  Hovsepyan said, “I wrote it exactly as it was presented to me.”

Media.am could not get Hovsepyan’s comment on the SHA’s statement against her. In the middle of the conversation, Hovsepyan asked to call back later and then did not answer our calls.

What happened during the photoshoot?

The photoshoot took place on Sunday, June 28. It presented the clothes of the debut collection of the brand SHA.

The creative director of the brand Emil Avetisyan says that they tried to imagine the lives of people who found themselves in a post-apocalyptic reality after the pandemic and to build a photoshoot with that aesthetic in mind.

According to Avetisyan, the person taking the picture did not approach, did not ask questions, only took a photo and left.

“In the evening, I see it on the page of some woman named Ariana Hovsepyan, where this already gets a different interpretation, a different perception, approximately thus, “the ‘perverts’ in Armenia are engaged in ‘perversion’ in Nikol’s Armenia.” According to Avetisyan, Hovsepyan did not take into account that the models present there may have problems in society or with their family.

Avetisyan considers the accusations against the models strange, as they simply did their job “without any ideas or any motives.”

According to him, the shooting was exclusively commercial. “We have not had any propaganda other than ‘wear the clothes we have sewn.’

Ariana Hovsepyan refused to remove the post and made threats

Representatives of SHA contacted Ariana Hovsepyan and asked to remove the picture. However, Hovsepyan refused and threatened to publish “worse” pictures.

On the same day, SHA applied to the police and is now preparing a lawsuit against Hovsepyan on the basis of defending its business reputation.