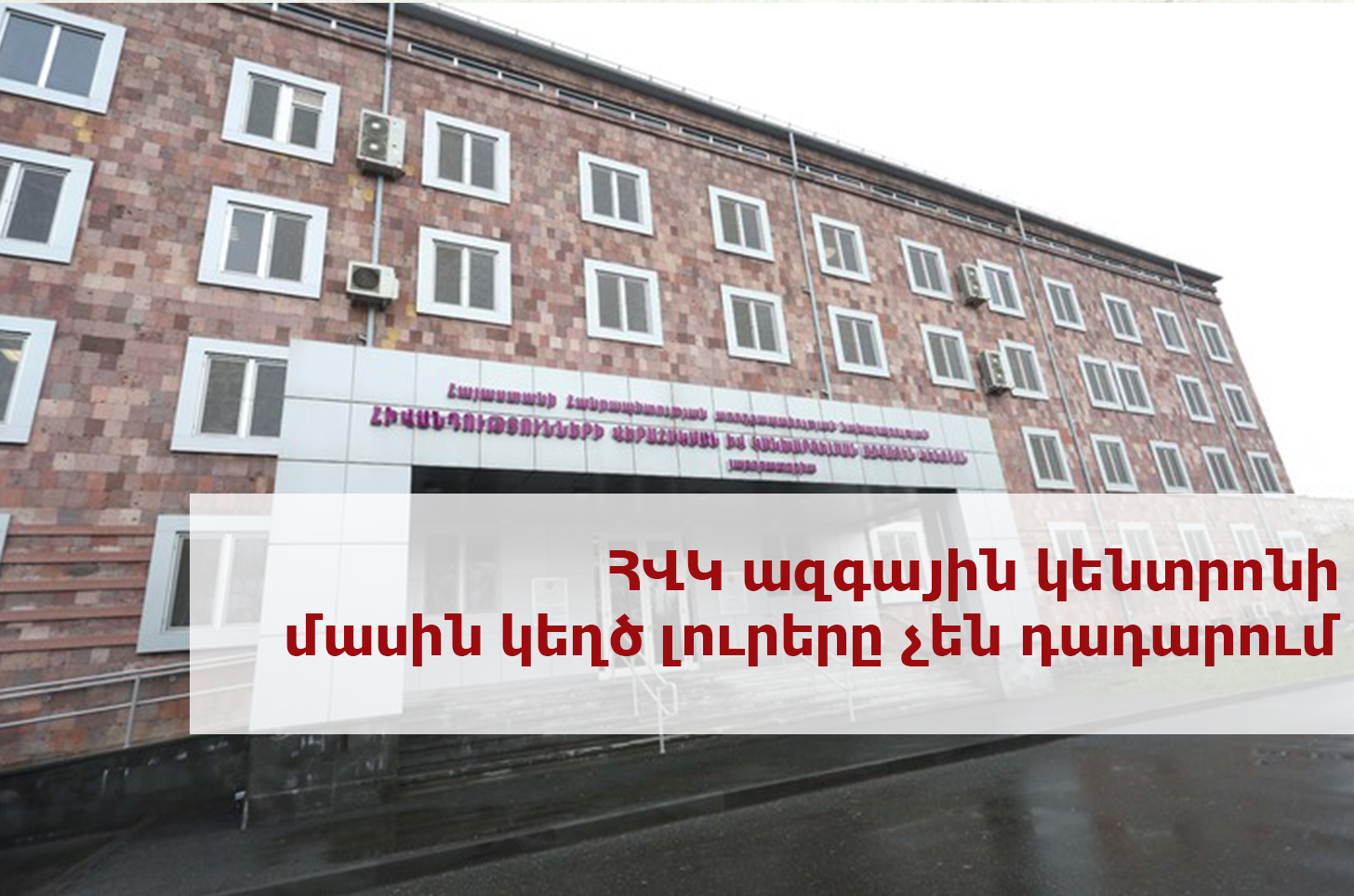 On May 7, a protest action was held in front of the National Center for Disease Control and Prevention.

The participants of the demonstration were few, but according to the organizer Sevak Martirosyan, they have thousands of supporters, they simply did not come because of the coronavirus. They brought posters about the Armenian-Russian friendship, the dangers of laboratories, as well as about the businessman, George Soros.

Media.am studied what criticism has been voiced against the National Center for Disease Control and Prevention and clarified that it has been a target of foreign and domestic political misinformation for years.

Why are they protesting?

The rally against the National Center of DCP was organized and led by Sevak Martirosyan, who cooperates with the KAMK public initiative. Now Martirosyan is a supporter of Robert Kocharyan, but some time ago he introduced himself as a supporter of Ararat Mirzoyan. 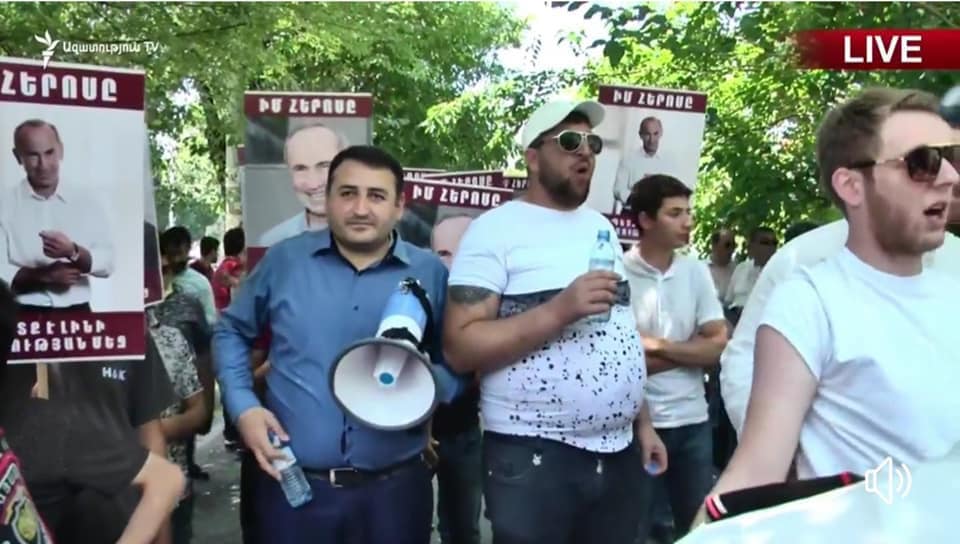 Martirosyan claimed that his decision to change his political position is tied to the fact that after coming to power, the CC “did the opposite in 360 degrees.” He was convinced that “the salvation of the nation comes down to Robert Kocharyan.”

Live from 1in.am’s coverage of the rally, Sevak Martirosyan insisted that “According to our information, those laboratories were established in 2018 after Nikol came to power, and the actions of those laboratories are still kept secret.” He said that there is a hypothesis that biological weapons are being produced there against Russia, Persia and China. He did not present any facts proving his claims but said that if his version is not correct, let someone deny them.

Martirosyan also said that some of those who died from the coronavirus died as a result of laboratory tests. As with the rest of the allegations, this one was “just a hypothesis.” 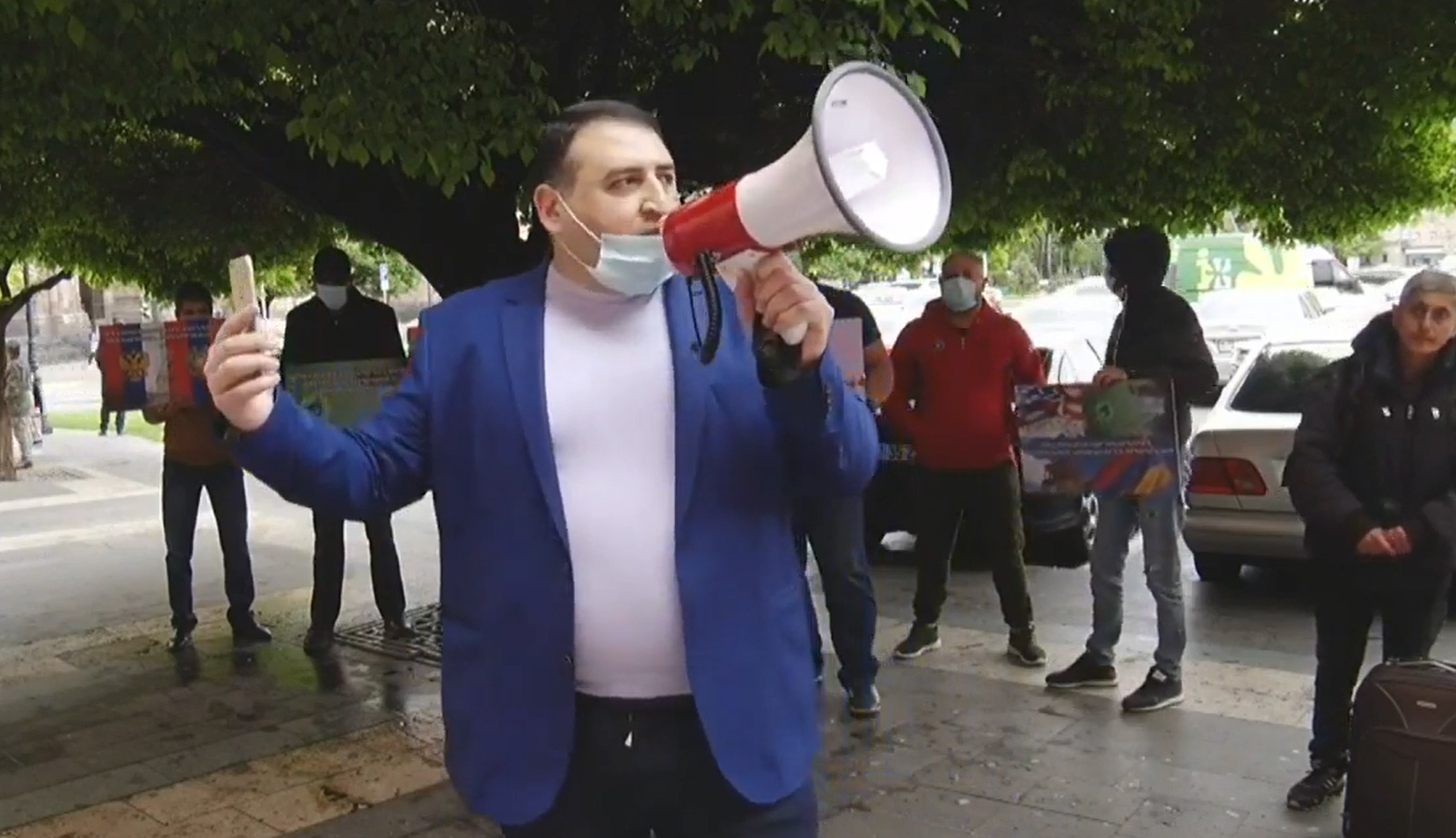 Sevak Martirosyan’s allegations are false: the laboratories were established in 2014 and do not develop biological weapons. Myths about the National Center for DCP are not limited to this.

What are the critics of the lab’s actions spreading?

Critics of the National Center for Disease Control and Prevention believe that the laboratories are spoiling Armenia’s relations with friendly Russia. Russia is really strictly against the work of laboratories.

In 2016, a conference was even organized in Armenia, the participants of which called the laboratories structures that endanger Armenia’s sovereignty.

One of the most common claims is that the activities of the laboratories are being kept secret and the Armenian government does not fully control what is happening there. However, Armenia has stated that it is not against the visit of Russian specialists to the laboratory. Moreover, the Armenian side has already organized a study visit of Russian representatives to the National Center for DCP, but the speculations have not stopped since then. On May 8, Russian Foreign Ministry spokeswoman Maria Zakharova stated that the talks on this issue are continuing.

Experts in Armenia regularly speak out about the danger of the laboratories in Armenia. For example, Arman Boshyan, the head of the Yerevan Geopolitical Club, called them a “slow-acting bomb” and predicted that when NATO started a war, those laboratories would work against Armenia.

The other groups of critics of the National Center for DCP are extremely conservative initiatives. The topic is also exploited within the framework of the internal political struggle, as Sevak Martirosyan or the former head of the SFSS Grigor Grigoryan would do. 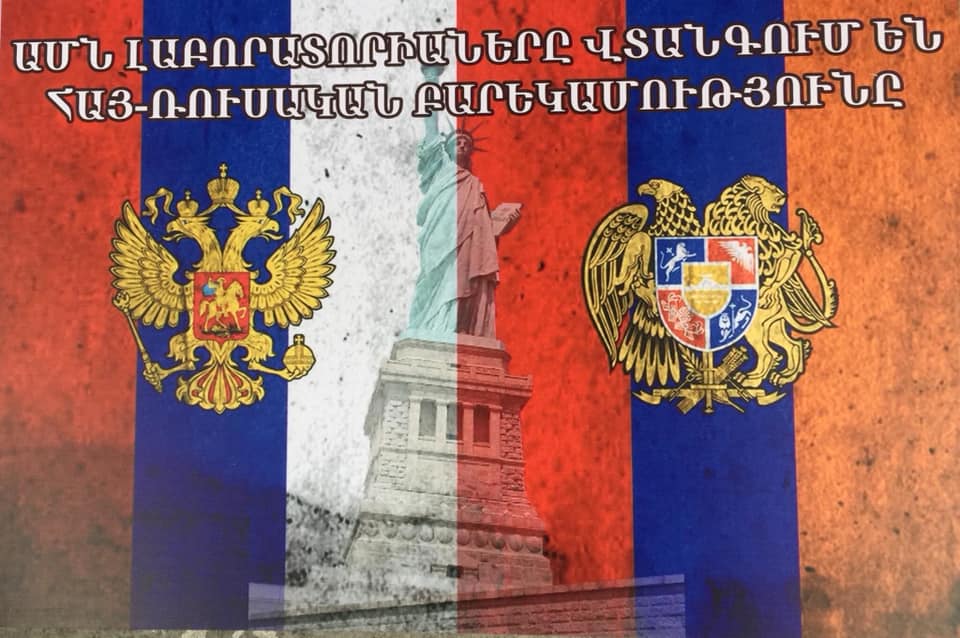 Finally, various Facebook pages and mushroom websites write about the laboratories. For example, the “Apricot/Apricot” page published an artistic image of the sci-fi genre and wrote that Armenia forbids Russian specialists to enter the laboratories. The post received 112 shares and 151 comments. Some users in the comments tried to find out if the picture was actually taken inside the lab. The Apricot / Apricot page has been changed 20 times (“H’ Apricot,” “Apricot Revolution,” etc.). It has 4 moderators, all from Russia.

During the demonstration against the laboratories, Sevak Martirosyan noted that the source of his allegations which were “simply a hypothesis” were high-ranking officials of a friendly country, Russia. Indeed, Russia has been spreading manipulative information about the laboratories in Armenia and other post-Soviet countries for years.

For example, in the days of the coronavirus pandemic, the Moscow Komsomolets newspaper reported that these laboratories are the source of the spread of the infection in Armenia, which does not correspond to reality.

Russia has been concerned for years about US-funded biological laboratories in various post-Soviet countries. However, this concern is often expressed in false news.

For example, Russian Foreign Ministry spokeswoman Maria Zakharova accused Georgia of using “dangerous diseases” in its laboratories. Georgia had invited Russian representatives to visit the laboratory, but the latter refused. Zakharova explained it this way, “If you really want to know what’s going on in the lab, you don’t have to go there, you have to do some research.”

In Georgia, this issue is also the subject of domestic political speculation. Igor Giorgadze, the former head of the country’s National Security Service, who is known for his pro-Kremlin stance, said that experiments on living people in laboratories are being carried out. According to Sirak Martirosyan, who was protesting against the laboratories, Giorgadze insisted that what he said was just a hypothesis.

Although his testimony did not substantiate his claims, Giorgadze’s version was widely circulated by Russian government agencies and the media. Russia claims that the Pentagon is testing chemical and biological substances of military importance in Georgia.

Similar stories are being spread about laboratories in Kazakhstan and Ukraine. The propaganda wave concerning Armenia’s biological laboratories does not differ from the others. The Russian media, as well as the Armenian social networks and news outlets, often claim that the Pentagon is creating secret and dangerous biological weapons in these laboratories.

What do the Armenian laboratories do?

The National Center for Disease Control and Prevention was established in 2014. The United States has provided financial support for this purpose, but according to the center’s charter, the founder is the Armenian government, and its governing body is the Ministry of Health. The center has branches in different cities.

The National Center for DCP deals with public health issues and ensuring sanitary-epidemiological safety. During the coronavirus epidemic, research, training of specialists, etc. have been carried out in this center. Until April, coronavirus testing had been conducted only in this center and in Nork Infectious Diseases Hospital. They have been joined by two private medical institutions since April.

Thus, the Russian propaganda and various political circles in Armenia have been repeating the same false rumors about the National Center for Disease Control and Prevention for years.

The propaganda story is the same in Armenia, Georgia, Kazakhstan, Ukraine where the following allegations are being made: secret biological weapons are being created in laboratories, dangerous experiments are being carried out, the country’s government is not controlling what is happening, and it is endangering good relations with Russia.

Despite the seriousness of the allegations, there is no evidence to support them. Instead, “hypotheses” are put forward, and the opposite side is offered to prove those hypotheses on its own.