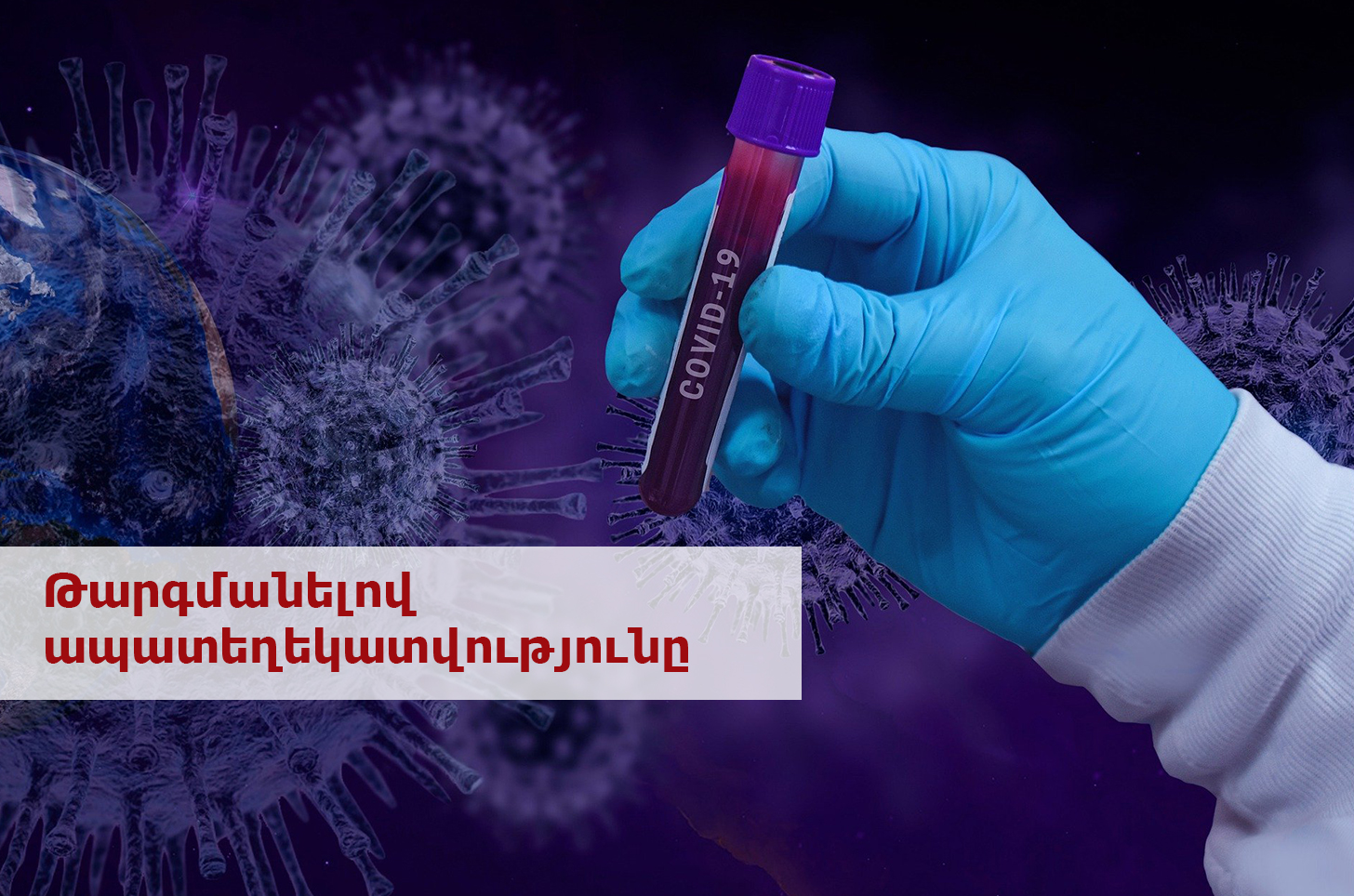 In recent weeks, Armenian news websites have been publishing articles about the COVID-19 epidemic, which has been translated almost literally from foreign media. Often they were incorrect or misleading. Media.am singled out three such cases.

On April 13, Iravunk.am translated an excerpt from an interview with political scientist Igor Panarin on the Russian Business-gazeta.ru website. The interview featured a whole host of conspiracy theories, from coronavirus to biological weapons to secret vaccinations by NATO soldiers.

Iravunk.com translated the first three questions and answers and changed the title. The Russian article was titled “Igor Panarin: OperationCOVID-19, A Game to Overthrow Putin, Trump and Xi Jinping.” In the Armenian version, the article was titled “George Soros is Believed to Have Commissioned the Development of the Coronavirus.”

Well-known investor George Soros is often mentioned on Iravunk.am ․ Only in the last week, 16 articles on the site were published regarding a well-known conspiracy theory video about Soros.

Business-gazeta.ru operates in Kazan, Tatarstan. In recent weeks, the newspaper has published inaccurate information about the coronavirus, for example, the wrong claims of Nobel Prize winner Luke Montagne about the origin of the virus.

Igor Panarin, whose interview was translated by Iravunk.am, is a Russian political scientist. He proposed the creation of the Eurasian Russia structure, which will be based on the doctrine of “Moscow, the Third Rome” and “Holy Russia, the guardian of the cosmic thought, the cosmic mind.”

Panarin also offered to add neighboring countries, including Armenia, to that Eurasian Russia.

News.am translated the unverified conclusions of a Russian doctor

On April 18, the medical app of news.am, med.news.am, translated the interview of pathologist Alexander Ediger published on the Russian newsru.com website. The text was translated in med.news.am with some reductions.

Ediger argued that coronary heart disease, which develops with coronavirus, is not pneumonia at all. However, the Russian doctor made all his conclusions based on the data of only 15 patients, which is too small a number to confirm.

The Russian article also contained a number of other allegations related to the virus, which med.news.am also translated. Thus, it was said that patients with coronavirus may develop pulmonary idiopathic fibrosis, but there is not enough data to be sure. The sentence about not having enough data was reduced in the Armenian translation.

This publication, which contains unverified data from News.am’s Facebook page alone, has been shared more than 2,000 times. The claims of the Russian doctor were partially translated by Lurer.com.

By the way, News.am did not translate the words of the Russian doctor from the original article. Newsru.com also reprinted them from an interview published on osnmedia.ru. The website states that Ediger is a member of the “Strong Russia” movement.

“Strong Russia” is a public movement, the president of which Alexander Tsvetkov is connected with law enforcement agencies, heads the well-known “Russian officers” organization, but who has never served in the army.

On April 19, Shant TV’s shantnews.am website published the translation of the Russian NTV article. “Shant” reduced the last paragraph and missed a few phrases, but that was enough to distort the information significantly.

An article by NTV quoted Ancha Baranova, a professor at the George Mason University in the United States, talking about coronavirus patients  saying that ” the young were unable to run marathons and that the elderly were having difficulty climbing stairs.”

Shant did not translate the word “marathon” (probably due to a technical error), as a result of which the young people could not run after the complicated process of COVID-19.

Baranova warned that this applies only to severe patients, and only to those “who are not particularly lucky.” However, in the translation, this piece is a bit incomprehensible, it is said that “this happens in particularly difficult cases, especially for those who are not lucky.”

“Shant’s” translation was reprinted in the same way by blog.168.am. The newspaper did not compare the translation with the original and repeated the same mistakes made by “Shant.”