As rich as Kim… What to do if you gave out your personal Data to a suspicious Web Page? 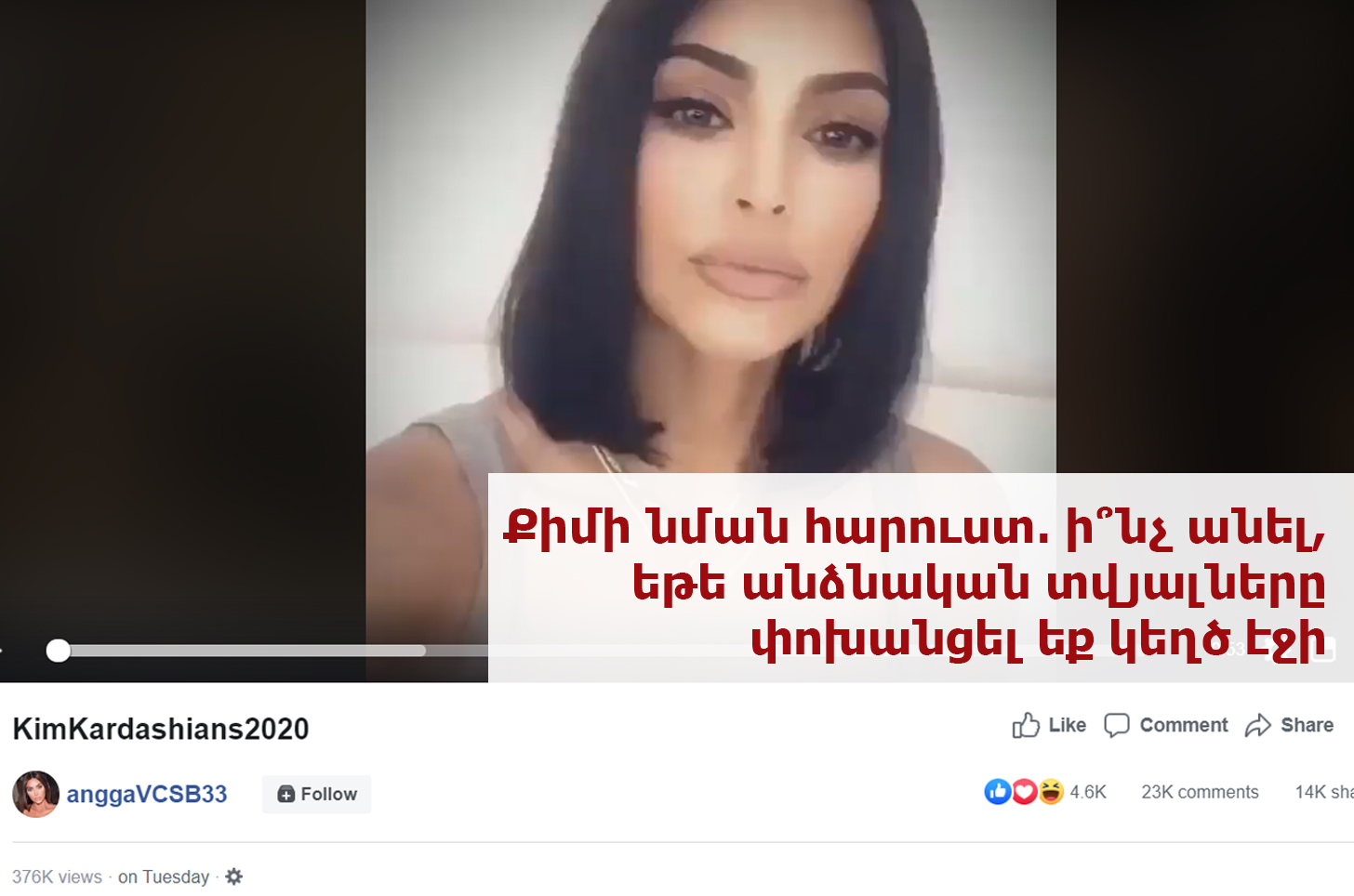 Recently we came across a few pages with Kim Kardashian’s photo in the Armenian-language sector of Facebook. They said that Kardashian was running a giveaway contest. It was an apparent fraud. However, many thousands of people responded to that, providing the criminals not only with their passwords but also their bank details. Media.am contacted one of the victims.

Many thousands of people responded to the online fraud

Many thousands of people responded to the online fraud

The accounts with Kardashian’s photo have been acting based on a classic fraud scheme. First, they ask users to mention what they would like to win and to share that status. Then users get personal letters with links to follow so that they can get the “giveaways.” Then they follow the link to a site where they should enter their personal data: E-mail, password, bank account.

The fake pages have weird names – Kim Advan, anggaVCSB33, Cuplikan boruto, Wawancahyadi, etc. Despite that, thousands of people left comments, and some of them even included their bank details inside the comments. Within two days, a video piece with Kardashian attracted 376.000 views, 23.000 comments and 14.000 shares. Another post got about 50.000 comments. 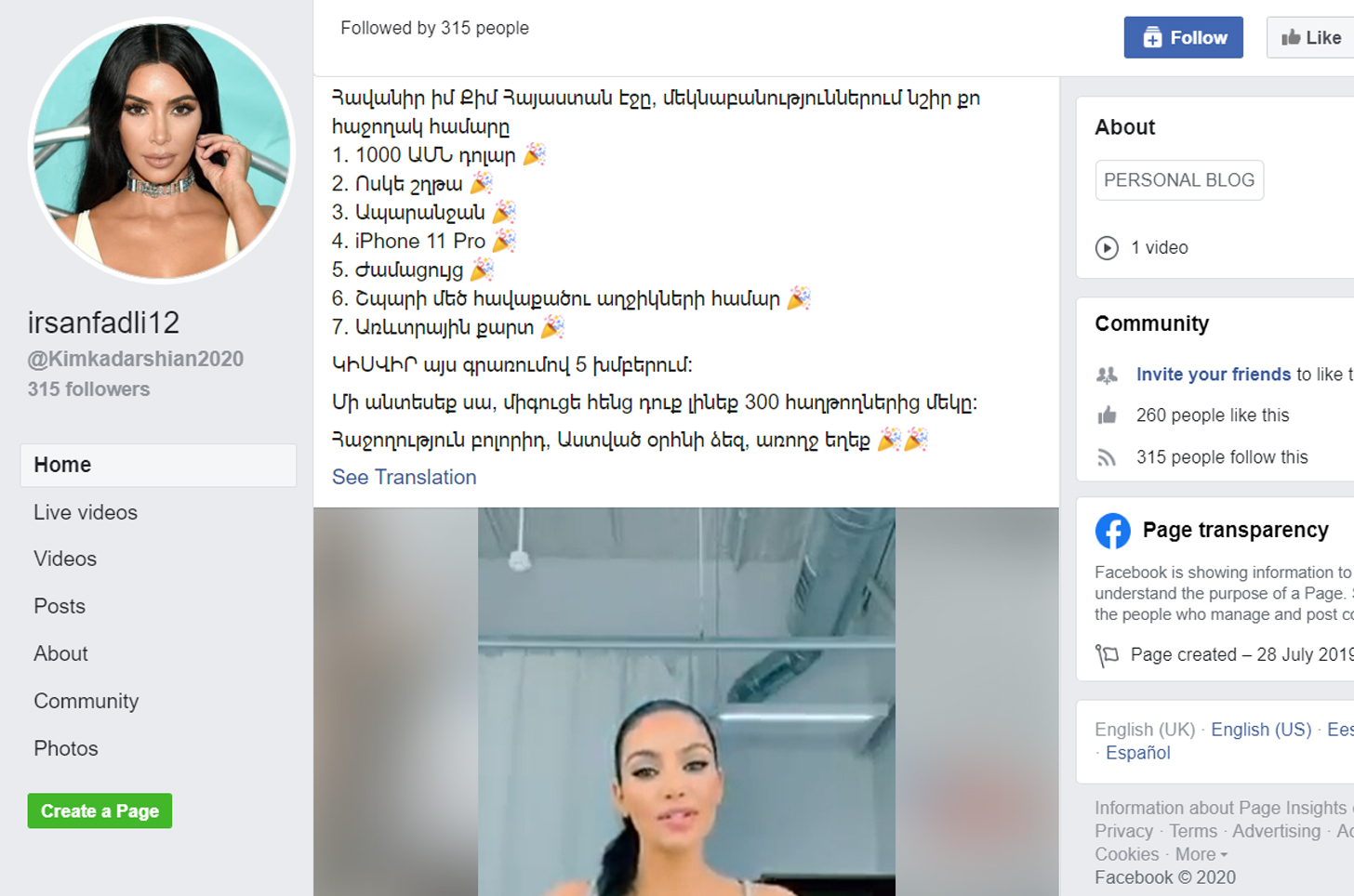 One of the users asked Kim Kardashian to send him money because he was writing a book on the Armenian genocide and was planning to publish it. When other users told him it was an apparent fraud, he answered, “I just want to believe in miracles.”

Many users shared their concerns – some had already sent their bank details and wanted to know if anybody had received any giveaways.

As we write this article, some of the fake pages were still active.

Nobody had won anything but they were lots of victims

A Spain-based Armenian user told Media.am that about 40 EURO was stolen from his bank account. The money was used for small payments – for example, making a purchase from Adidas store.

The man told that the banks were closed because of the quarantine, “As soon as they are opened, I will file a complaint,” he says.

Another Facebook user mentioned that her bank account had been “emptied.” I don’t know if I should laugh or cry,” she wrote. She told Media.am that she had blocked her bank account after finding out her money was missing. 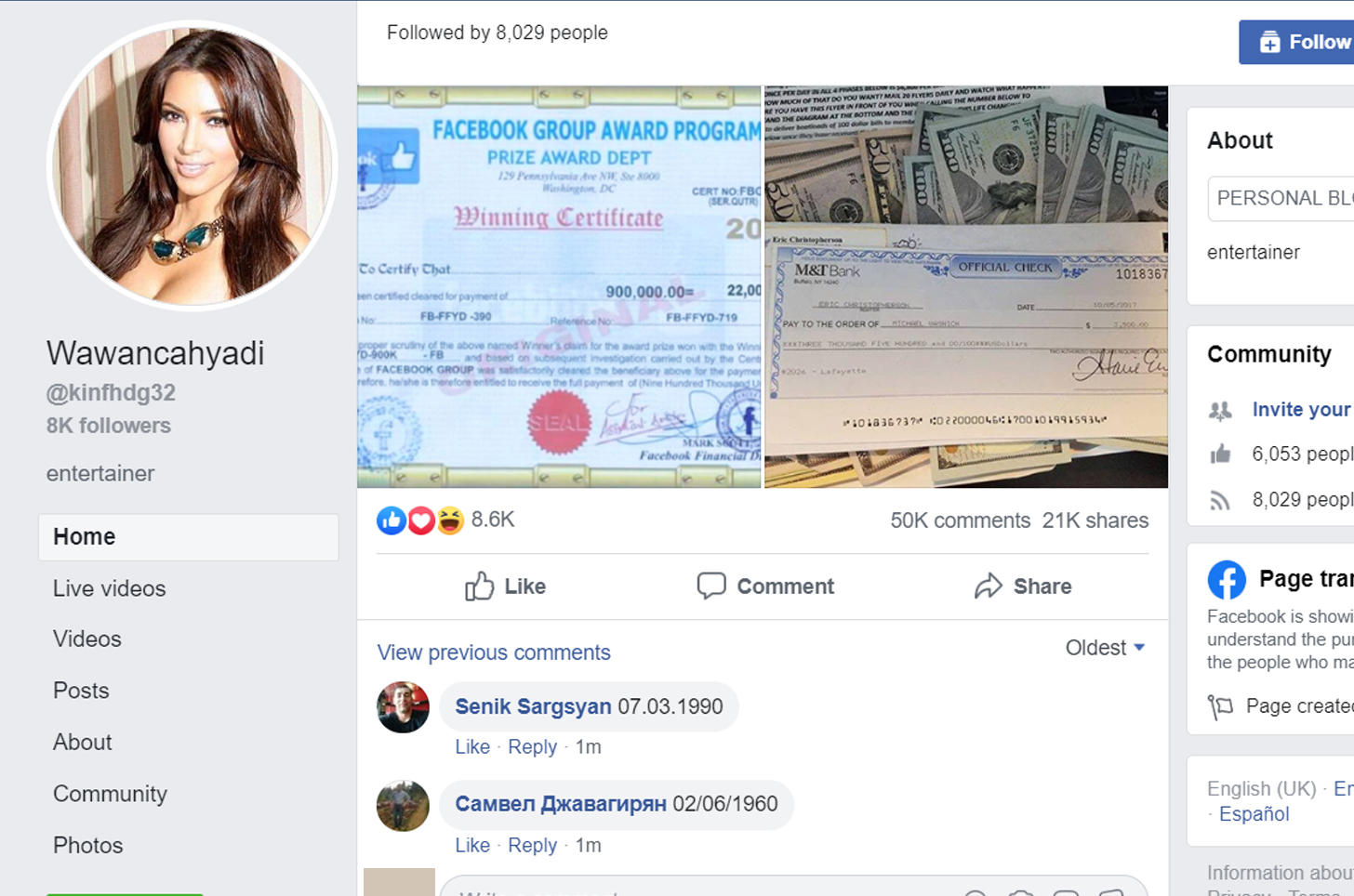 What to do if you gave out your personal data to a suspicious web page?

This incident demonstrates that it just takes a fake celebrity to fool many thousands of people. Media.am has made a list to remind of the simple ways to avoid fraud.

✅If you gave out your social media or e-mail password to suspicious pages, change it immediately and log out from all devices.

✅If you gave out your bank details to suspicious pages, immediately contact your bank personally, online or by phone. If the bank is closed, don’t wait for the opening hours – find out if there is someone on duty in the bank. In some cases you can block your card through online banking.