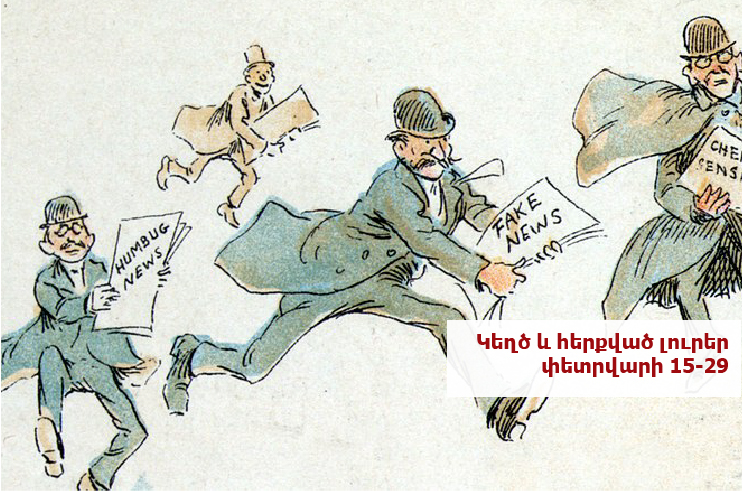 In the second half of February, it became apparent that most items to be presented at Dali and Picasso exhibition were mass-produced. There were no Azerbaijani people in Yerevan, and not a single deer was found in the city. Past.am was wrong – the referendum will he controlled by video cameras. Also, the Pope was not infected with Coronavirus, as some media reported.

Mass-produced Dali at the National Gallery.

Media.am decided to find out the origin of the collection to be presented from March 7 at Dali and Picasso exhibition at the National Gallery of Armenia. The Gallery refused to comment. However, a number of open sources have reported that many of the items from Alexander Shadrin’s collection are authorized copies mass-produced after the painter’s death.

The significant part of the collection comprises sculptures that Shadrin has purchased from Dali Universe Foundation in Europe. The sculptures that were produced in several hundred copies cost from 9000 to 38.000 EURO. The Guardian states that it would cost about £1,000 (approx. 1163 EURO) to manufacture such a sculpture. Interestingly, the dates of creation of Dali’s original molds are mentioned as sculpture creation dates in the sites of both Dali Universe and Shadrin.

The Azerbaijani people that were “found” in Yerevan were not real.

A few days after the video went viral, NSS found out that it was fabricated. The real video story on the newly-opened mall in Yerevan was filmed and posted in social media in early 2018. Later, an audio piece where Azerbaijani people were talking was inserted into the video and sent to an Armenian user on behalf of Davud Gajiev. Then it was sent to a user called Gor Madig Grigoryan, and the video went viral from his page.

The deer at Nar-Dos Street was a fake one, too.

On February 28, a photo was spread in social media, showing a deer strolling around Yerevan. Hraparak.am reported about the deer. 7or.am spread the content, referring to the original source, and lurer.com called it “the photo of the day.” Hovhannes Torosyan, the author of the photo, “revealed himself” in the comments to the Yerevan Municipality press secretary Hakob Karapetyan’s Facebook post. He told media.am how he made the photo through Google.

First, he searched for the word deer, and the search engine allowed him to find and produce the animal’s picture in a 3D format. He sent the picture to a few friends that believed the content was real. After that, he posted the picture in his Instagram and Facebook accounts. His friends spread the same picture. An hour later, the key institutions got the information about the deer. They searched and made inquiries, finding out the truth.

Pashinyan was right, and Aliev was wrong.

The Fact Investigation Platform found out that RA Prime Minister’s statement at Munich Security Conference depicts reality. In April, 1992, a month after his resignation Ayaz Mutalibov, the first president of Azerbaijan, admitted that Azerbaijani opposition figures had organized the Khojaly events, in order to dismiss him. However, the interview was published not in Argumenty i Fakty newspaper but in Nezavisimaya Gazeta Russian daily.

The interview was titled I am a Humanist at Heart and was conducted by Czech journalist Dana Mazalova who later confirmed Mutalibov’s words in a Novoe Vremya interview. Despite that, on February 15, 2020, Mutalibov, the first president of Azerbaijan, denied his own words, while talking about Pashinyan’s claims.

The referendum will be controlled by video cameras

Past.am was wrong, stating that the authorities were not going to set up cameras at 1500 big polling stations. The Information Checking Center refuted the news, informing that, 6 days prior to the publication, the government had decided to allot 660.000 AMD for filming and live streaming the procedure of voting and summarizing the results of constitutional referendum.

The Pope is not infected with Coronavirus.

On February 29, several online media wrote that Pope Francis was infected with coronavirus. However, a few minutes later, the same media had to publish refutations. In some cases, you can find both the news and the refutation, i.e., tert.am, hraparak.am, zham.am, 24news.am, etc.

МСМ News was the original source that spread the fake news by writing that Pope Francis and two of his aides had tested positive for Coronavirus. Currently, the website is unavailable. However, the story can be found at web.archive.org. Threadreaderapp.com wrote about the fake news and the fake platform, mentioning 6 points that would help to prove the fakeness of the website.

For example, there’s no “About Us”, the articles simply say “mcmpublisher”; there are only 30 articles posted to the site that was registered in 2016; the links to the site’s supposed attached social media accounts are dead links – they just refresh the homepage.