No One Skied On Tsakhkadzor’s Green Forest

Gagik Surenyan and Pan.am have one thing in common: both publish photos of other users and media companies on their pages regularly. They are published with a reference to the authors, sometimes in the case of Surenyan, without reference.

That’s what happened on December 17 when they both made a mistake. Either that or Surenyan’s joke was taken seriously by Pan.am. 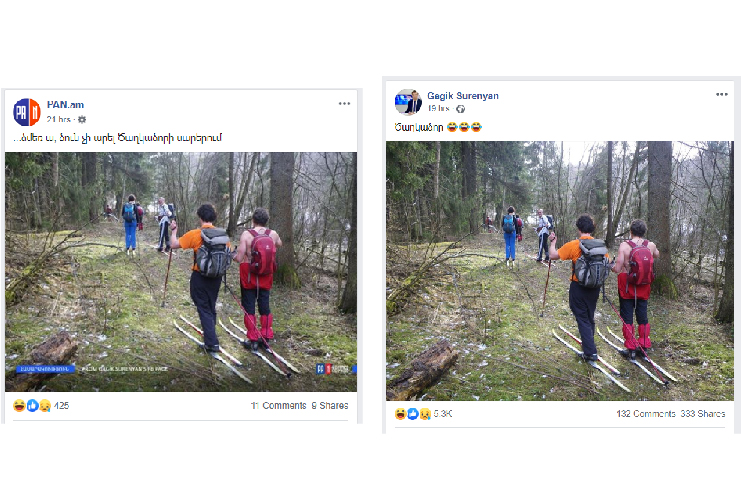 Surenyan’s published photo depicting people skiing in Tsakhkadzor’s green forest was spread on Pan.am’s Facebook page “… it is winter, it’s not snowing in the Tsakhkadzor mountains.” It is noted that the picture was taken from Gagik Surenyan’s Facebook page.

However, if the media decided to check the publication of the head of the Ministry of Emergency Situations, it would have revealed that the picture was taken not in Tsakhkadzor but in the Moscow Reserve. What’s more, it’s news that is 5 years old.

This and several other images from the campaign are available on the livejournal.com blog site.

A user named “oleg_volkov” on March 23, 2014, spoke of how their nine-member team had closed the ski season the previous day. The pictures showed how dry the forest was as well as scenes of snow-covered areas. The photographer is one of the hikers. 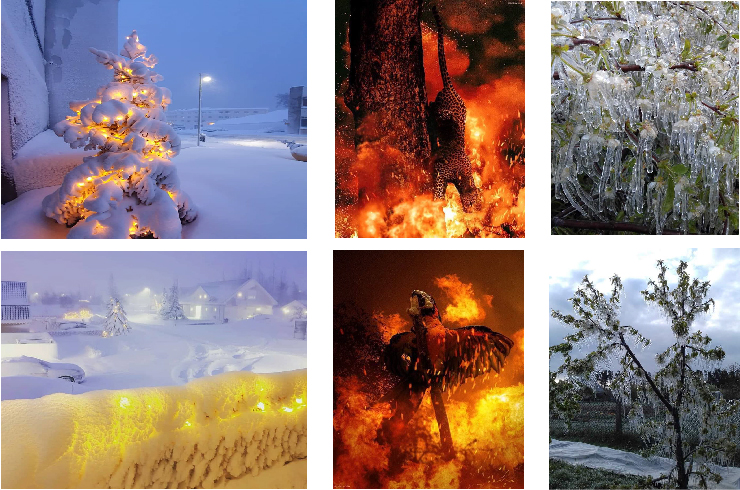 Gagik Surenyan likes to share pictures on his Facebook page about hot and cold currents, airwaves and disasters around the world. In the case of Armenia, he refers to the photographers, and in the case of the Amazon forest fires, Latvia’s frostbite, and Iceland’s 12-hour snowfall there are no references.