What News Circulated And Was Refuted Between June 1-15 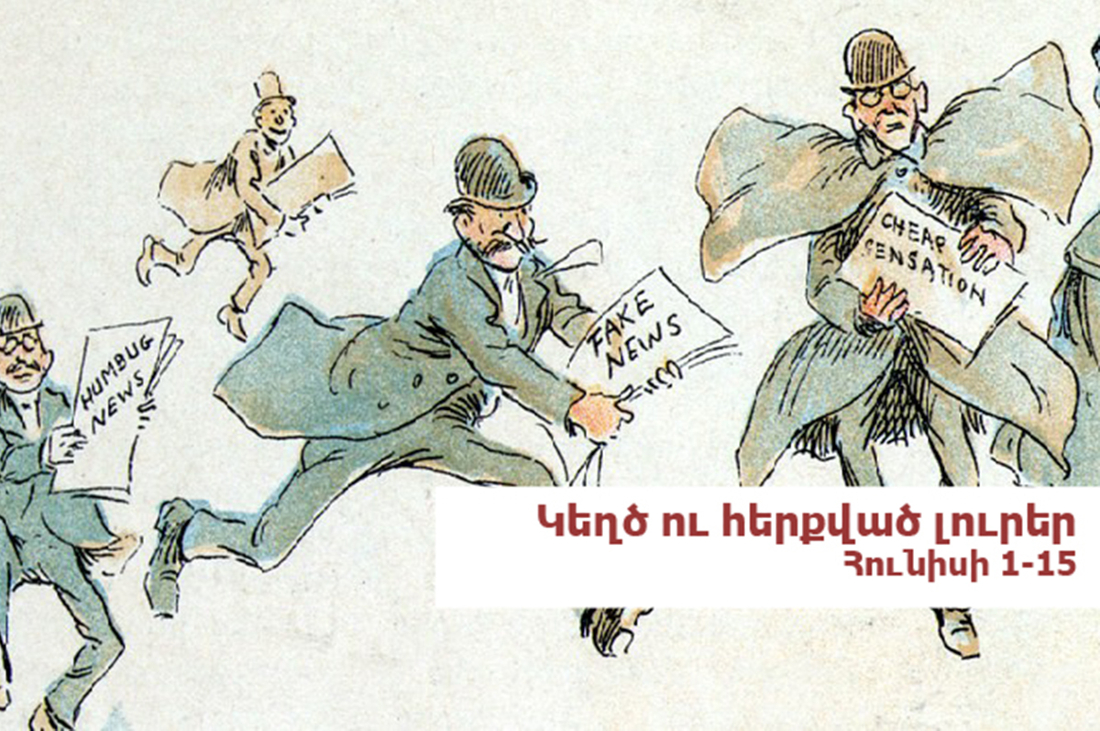 The false rumors which were spread during the first half of June were saying that the participants of the 4-day war in 2016 did not pay their tuition fees, Manvel Grigoryan is in a coma, the PAP project has been approved, and henceforth propagating non-traditional sexual orientation among persons under 16 years of age is criminalized.

The mystery of tuition fees

168.am wrote on June 5, that the government has deceived students who had participated in the April war and did not reimburse them as part of a discount on their tuition fees, as a result of which many students were not allowed to take their exams. Minister Araik Harutyunyan touched upon the government’s announcement at the government session, clarifying that “this procedure took place in March when we collected all the applications, the transfers have been made. That is, even if we really wanted to, we couldn’t cancel it.”

The minister also added that the participants of the April war had set up the second round so that those who did not participate can apply and rest assured that the ministry had not received a complaint regarding that issue.

In extreme health conditions, but not in a coma

The news on panorama.am “Manvel Grigoryan is in a Coma” was circulated on a number of websites on June 6. The website writes that General Manvel Grigoryan’s health condition deteriorated in the penitentiary and he was moved to a civilian hospital where he is in a coma. The website also got a comment from Grigoryan’s lawyer, Levon Baghdasaryan, who said, “ My client was nearly unconscious when he was taken to the hospital by an ambulance.”

The news that the general was in a coma was denied by Deputy Director of “Grigor Lusovarich” MC Artak Manukyan in an interview with fip.am, saying that Grigoryan was transferred to their medical center in “an extremely grave condition,” but neither at that tie, nor during the time of the conversation was he ever in a coma.

Again and again, Soros and lies

Regarding an interview with Gurgen Yeghiazaryan, former deputy chief of the National Security Service, on channel 5 on June 3, fip.am pointed out a number of manipulative or inaccurate statements made by the guest. Most of them referred to the Open Society Foundation, one of which has been denied a few times, that a branch of this foundation was closed in Austria by the Chancellor’s order.

On June 6, Tert.am published a denial of its publication, where it is said that the Deputy Minister of Territorial Administration and Infrastructure Lilia Shushanyan says that her annual statement has 30 million AMD and $55,000 worth of money.

The Ministry clarified that “in reality, Lilia Shushanyann has declared 1 apartment and has given a loan of $8,000. The deputy minister has declared the following funds: 3.4 million AMD, $2800, and 1,300 Euros. The latter’s income was 16 million 731 AMD, which was received from three sources: donations -15 million AMD, salary – 1 million 472 thousand AMD, other income – 258,600 AMD.  In addition, the amount of donations mentioned in the declaration, 15 million AMD, is the market value of the same apartment.”

The PAP initiative was not approved

Media.am wrote that several media outlets misinterpreted the government’s conclusion on the bill proposed by Prosperous Armenia. It was proposed to supplement the “Criminal Code” on “propagation of non-traditional sexual orientation” among persons under 16 years of age. However, on June 13, at the government session, they debated and denied the draft, pointing out that there were a number of problematic items in the draft. Despite the decision to leave the law unchanged, news.am, armdaily.am and Aysor.am presented the news as if the conclusion was positive.

The appointment did not contradict the Constitution

The information on Politik.am on June 14, that the appointment of Zareh Sinanyan to the position of the Commissioner for Diaspora Affairs is a violation of the Constitution, is misinformation. This information was posted on June 14 by the Information Inspection Center, referring to the Law on Public Service.

“The position of the main Commissioner for Diaspora Affairs is considered discretionary. Consequently, the incumbent person in this position is not a member of the government and does not need to meet the requirements of an MP.” Article 8, paragraph 3.1 of the law on the same Public Service defines the criteria for the Commissioner for Diaspora Affairs: “person with higher education, at least 25 years of age, fluent in Armenian as well as at least two foreign languages.”