What News Circulated And Was Refuted Between March 15-31 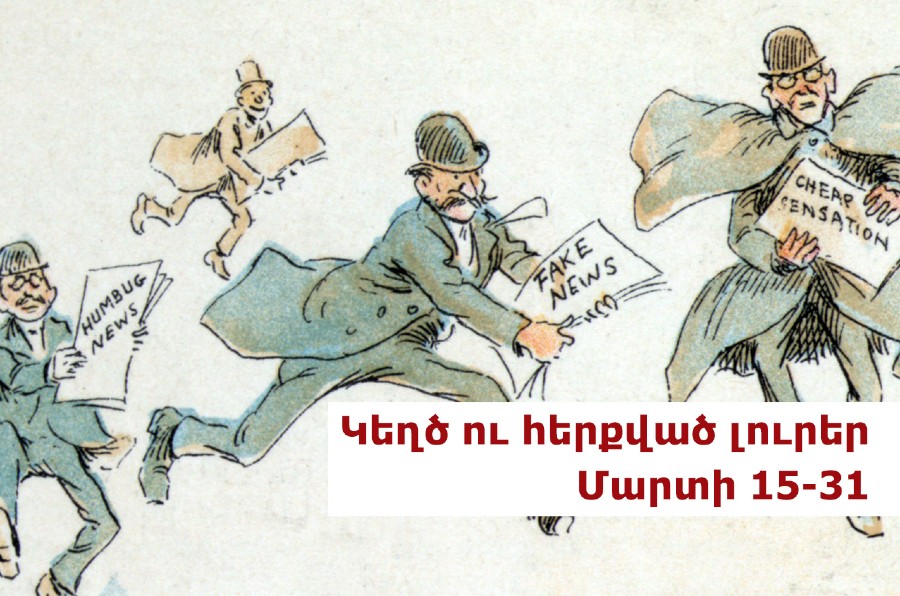 In the second half of March, the Soros grants continued to look as endless as possible. The media studied terrorism and found an anti-Turkish trail, and a soldier was killed at the border, which was later revealed to be a lie… the topic of YSU also continued.

Anti-Muslim is not anti-Turkish

The weapons that were used on March 15, during the terrorist attack on two mosques in the city of Christchurch, New Zealand where 50 people were killed, had writing on them in different languages, including Armenian.

“Novosti-Armenia” agency deciphered and examined the posts on the day of the terrorist attack, and found that the real people and historical events which were written on the weapons “have an anti-Turkish trial.”

However, by examining the various publications of international media outlets, we see that the perpetrator of terrorism, Brenton Tarrant, had published a Manifesto on his Twitter account, in addition to the post on the weapons. The researchers who had studied it say that here the author talks about his ideas and the motivation behind his actions.

The authors of our examined publications do not see an anti-Turkish, but a wider anti-Muslim motive.

Fip.am who deals with fact checking found out that the YSU Rector’s statement, in response to Nikol Pashinyan’s March 25 claims, did not correspond to reality.

The platform presented the names of the RPA members, who have become the head of the Board of Trustees, members, Head of the Department of Student Affairs at the Yerevan State University ever since Aram Simonyan became the Rector.

Among these are the names of Serzh Sargsyan, Vigen Sargsyan, Hranush Hakobyan and Armen Ashotyan.

As to closing the door on students, the platform reminded that during the demonstrations where different political demands were being made, YSU students’ right to free movement was violated.

The soldier did not actually die on the border.

On March 29, Facebook user Sona Simonyan wrote about fake news spread in several groups on social networks according to which a soldier had died in a North-Eastern position in the NKR.

Sona Simonyan said that the picture was of her sister and cousin in the publication. The latter serves in the army, but in the news, the birth date and last name belong to the boy, however, the news about his death are false.

The user has written that this fake news had begun spreading ahead of the Pashinyan-Aliye meeting. They have been widely disseminated in “fake groups.” she brings the example of Haykakan lurer group, where the person who posted the news tried to convince her that he just liked the post and had no idea how it was posted from his name.

From the endless topic of the Soros grants

Publications about grants by the Open Society Foundation grants are continuing. Iravunk.com writes that in the year 2000 to fund the translation and publication of 1000 copies of Michel Foucault, it had provided a grant of 3,086 USD to A&M publishing house, whose contact person is considered Anna Hakobyan.

“Larissa Minasyan, the head of the Soros office in Armenia, has preferred to keep silent about such incidents, and then has completely deleted the details of the grants from their website,” wrote the website.

However, this information was denied by the press service of the RA Prime Minister’s wife, Anna Hakobyan, and state that this statement was also sent to the news outlet, Iravunk, on March 12, however, they had not published it till now.

The editorial office of Iravunk newspaper states that the newspaper did not receive a signed letter from Anna Hakobyan’s office neither in paper format nor electronic, at the time of printing.

By the way, Nikol Pashinyan’s wife, Anna Hakobyan, has no ties with the A&M publishing house translator who received the funds, Anna Hakobyan. They are different people.