“Journalists now have more opportunities to verify information than before” 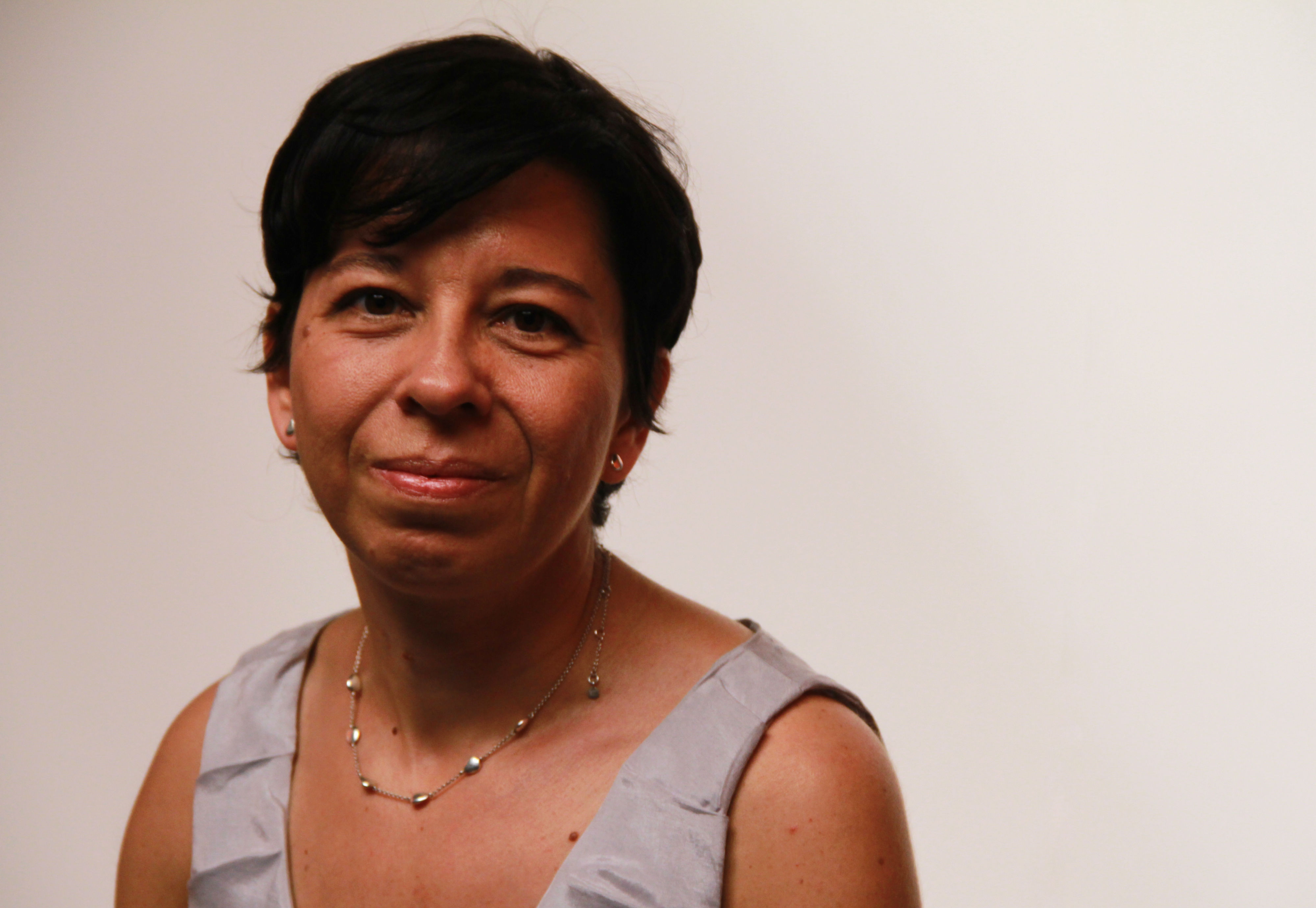 Anita Vissens is an audience data expert at the BBC. Previously, she was the BBC’s social media product manager.

In recent years, she was the social media and UGC (user-generated content) editor: she helped journalists to ascertain the credibility of the information received from users, making decisions on whether to publish them or not. She is now an audience research expert for BBC News.

You’ve done a variety of jobs at the BBC. What gave you the greatest pleasure and you did with the most enthusiasm?

I began working at the BBC as a freelancer, then I became one of the producers of the BBC’s Russian service. I’ve worked also as an interactive content editor. This was at a time when there were no social networking sites, and we kept in contact with the audience through emails. We’d get comments through email and publish them below the article.

Then came a phase where I was removed a little from technology. I began to work on more creative projects. We tried to produce materials with a long shelf life and that are always topical or the BBC’s different language divisions.

When I was working on this new content, I monitored the stats more systematically. I tried to understand how the audience responds to specific formats and reports. I began to take an interest in audience research. On one hand, I was analyzing statistical data, and I was able to find the necessary figures; on the other hand, I was able to interpret them, since I had a lot of experience in editing. My colleagues likewise began to be interested in my analyses, and we started the audience engagement team at the BBC.

Now, there are many teams like this at newspapers and newsrooms. Based on the data from various online analysis programs, they research audience preferences and help journalists create their content so that it will be read or watched a lot…

When was the BBC’s other tech team — the UGC Hub — founded and what does it do?

There was no Facebook or social media yet, but we would get a large amount of information from our audience through email: photos, videos, stories, data… The volume was so great that we weren’t managing to respond to them. We realized that we were missing important topics, and mainly because we didn’t have a chance to verify them on time. For this reason, in 2005, the BBC founded the UGB Hub.

This was a pilot initiative: no one knew what would happen after, we just wanted to organize our work a little differently. In this department, we hired a few people who began to verify the information the audience sent to the BBC.

By a strange coincidence, the UGB Hub was founded a week before the London metro bombings. It was July 7, 2005. Official sources said the reason for the train crash was fluctuations in the power supply.  But people at the scene began to send to the BBC photos taken with their mobile phones, from which it became clear that something completely different had happened in the metro.

It wasn’t that the authorities knew the truth and were hiding it. They, and the police, and emergency medical services initially didn’t know exactly what had happened.

We were able to call the person who was the first to send us a photo. After speaking with him and a few others who were at the scene and checking the facts, we learned that there were explosions. BBC published the materials it had on hand, and they completely changed the picture.

This was the first test for the UGB Hub, and it succeeded. From this example, we realized how important the verification of user-generated content is to our work.

The project was approved, and the UGB Hub team continued to work. They now work in the newsroom, next to people engaged in the news. There are more than 20 people on the team, who can replace each other, but each person has their own specialization. One of us works more with photos; the other, with videos; the third monitors social media content. What’s important is to avoid repetition, so that two people don’t work on the same photo independently.

The UGB Hub is now part of BBC News. They have bilateral relations. Journalists often contact the UGB Hub when they have doubts that something in the information they have is not right. There’s a need for additional verification and accuracy. And sometimes the UGB Hub finds remarkable stories in social networking sites and proposes them to the journalists.

Everyone whom I know from that team has some experience connected to journalism. They’re people who’ve decided to engage in something new at this stage of their lives. I think they consider themselves journalists. They do slightly different work, but that too is a part of journalism.

What volume of information does this team verify?

It’s hard to give specific numbers. I know that the BBC gets 3,000 emails a day.

After the onset of social networking sites (Facebook, Twitter), people prefer not to send their information by mail, but to publish it on social media.

Now anyone can become a journalist, because they appeared at the right time in the right place and they have a phone that is connected to the internet. They can take photos or video and immediately upload them online. But we can’t take it all and publish it at once. We have to be convinced that what we’re seeing is accurate. Apart from that, we have to get permission from the people who published the information.

Does the BBC have certain principles for using the information provided by users?

Of course. You should definitely find the original source and make sure that it was they who published or provided the information. And prior to publishing, you have to speak with them, to understand under what conditions we can use that video or photo — can we use publish their name or not?

We’re also obliged to think about that person’s safety: publishing their name shouldn’t endanger them.

Teams like these presumably work also in other large newsrooms.

Of course. It’s possible that they have a different name, but any major newsroom has a team like this. For example, CNN has iReport, if I’m not mistaken, it’s already 10 years old. Just like BBC’s UGC Hub, it was created to track the information that we, as journalists, possibly miss when following major events.

How do small newsrooms, with their limited resources, solve the matter?

You can’t ask a journalist to do everything. There are many modern technologies and tools, and they’re always changing. New apps are constantly appearing, or the opposite: some websites shut down, become paid. In every newsroom, there has to be a person who will be interested and will have time to do it all.

When the newsroom is small, then it’s not mandatory for a person to work on this every day, but the newsroom has to have that human resource, train them, send them to additional courses, so that when necessary (during specific events, for example, the elections), they’ll be able to do the job.

These new sources of information and new tools basically also change a journalist’s job — there is a demand for new skills.

Many consider these changes painful, but in my opinion, journalists now have more opportunities to verify information than before. What did we do to verify information in the past? We’d go out, go and find the person, talk to them. Now it’s possible to do this also on the internet (without leaving the office) and in a shorter period of time.

Actually, only the opportunities and means have changed, while the principles have stayed the same. The questions that journalists asked in the past, to uncover the truth, have absolutely not changed.

Now too we ask the same questions, treating each piece of information critically — whether it comes from a Facebook user or from the presidential administration.