On the Scene: Hovhannes Movsisyan 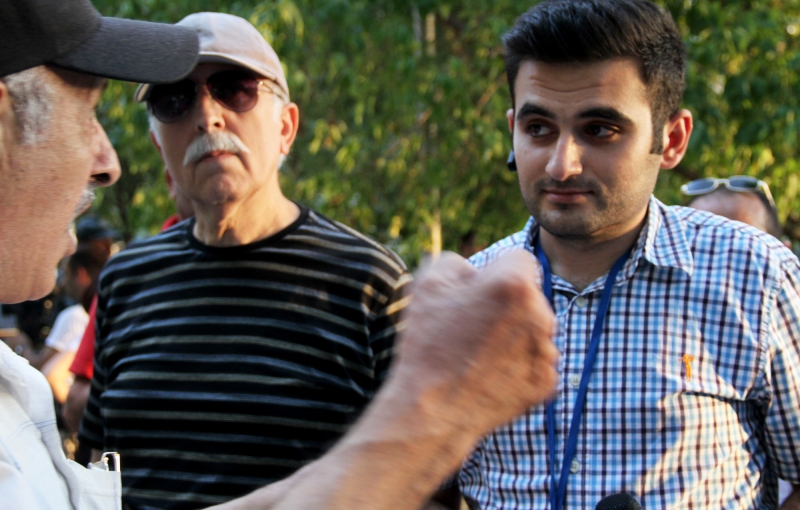 I love to be at the center of an event. When I was little, when something was happening somewhere, I would go to see who did what, who said what. Later, this character trait became a profession.

Hovhannes Movsisyan’s entry into journalism began at age 16, from the Menq Enq (We Are) series produced by Internews Armenia in collaboration with its partners, then continued with the Max Liberty youth program at RFE/RL’s Armenian service (Azatutyun).

“When I went to Azatutyun, it was just a radio [station] where they produced and broadcast radio-format products. Over the years, we went through different stages, we changed, today we also have an online TV, which broadcasts several hours-long live streams.”

Working simultaneously on different platforms is engaging: radio, website, working with text, audio, images. “When you combine these three together, it’s impossible to get bored,” he says.

Azatutyun began live broadcasting events about five years ago, after the 2013 elections during presidential candidate Raffi Hovannisian’s protests. “Our director, Hrayr Tamrazyan, had brought the transmitting device. We were a little skeptical; we thought who’s going to be interested in following a live-streamed event if you can go and participate in person?”

The number of online views and people’s response showed the opposite: there was interest. “Now when we broadcast a rally live, organizers say turn it off, people are watching the live stream and no one’s coming to the rally.” 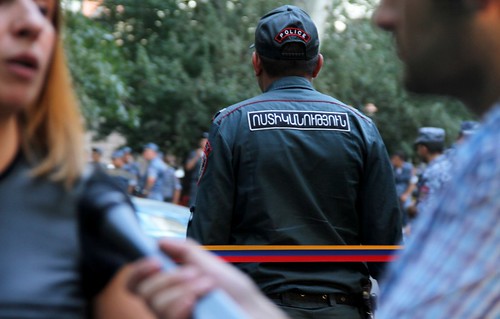 Hovhannes considers Armenia not that attractive of a country for journalists: major events rarely happen here. But he’s “one of the lucky ones,” who’s experienced major events during the course of his work.

“An event, even if there’s a danger and beating… it interests me more than daily journalism. If there’s an event, you shouldn’t be too lazy, you should go, get there, and report it. And when you know that a certain group of people are waiting for your news outlet’s broadcasts, that motivates you even more. There have been times when we’ve ben the only media outlet covering [an event].”

Social media is one of Hovhannes’ favorite platforms. The audience’s response is received the most and the fastest through social networking sites.

“When social media wasn’t that big, from where did we get people’s response? I’m trying to remember, [but] I can’t. Feedback is very important. I always read the comments left below my news stories; sometimes I reckon with them.” 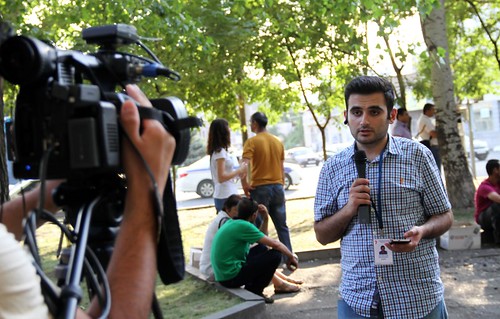 Hovhannes is in his seventh year with Azatutyun; he believes he won’t get bored for a long time yet. “When they say, you go to work in the morning, I can say I don’t have work. Over the years, I’ve merged so much with my profession, that I can’t picture [my life] without it.”

Text and photos by Sona Kocharyan