On the Scene: Sargis Kharazyan 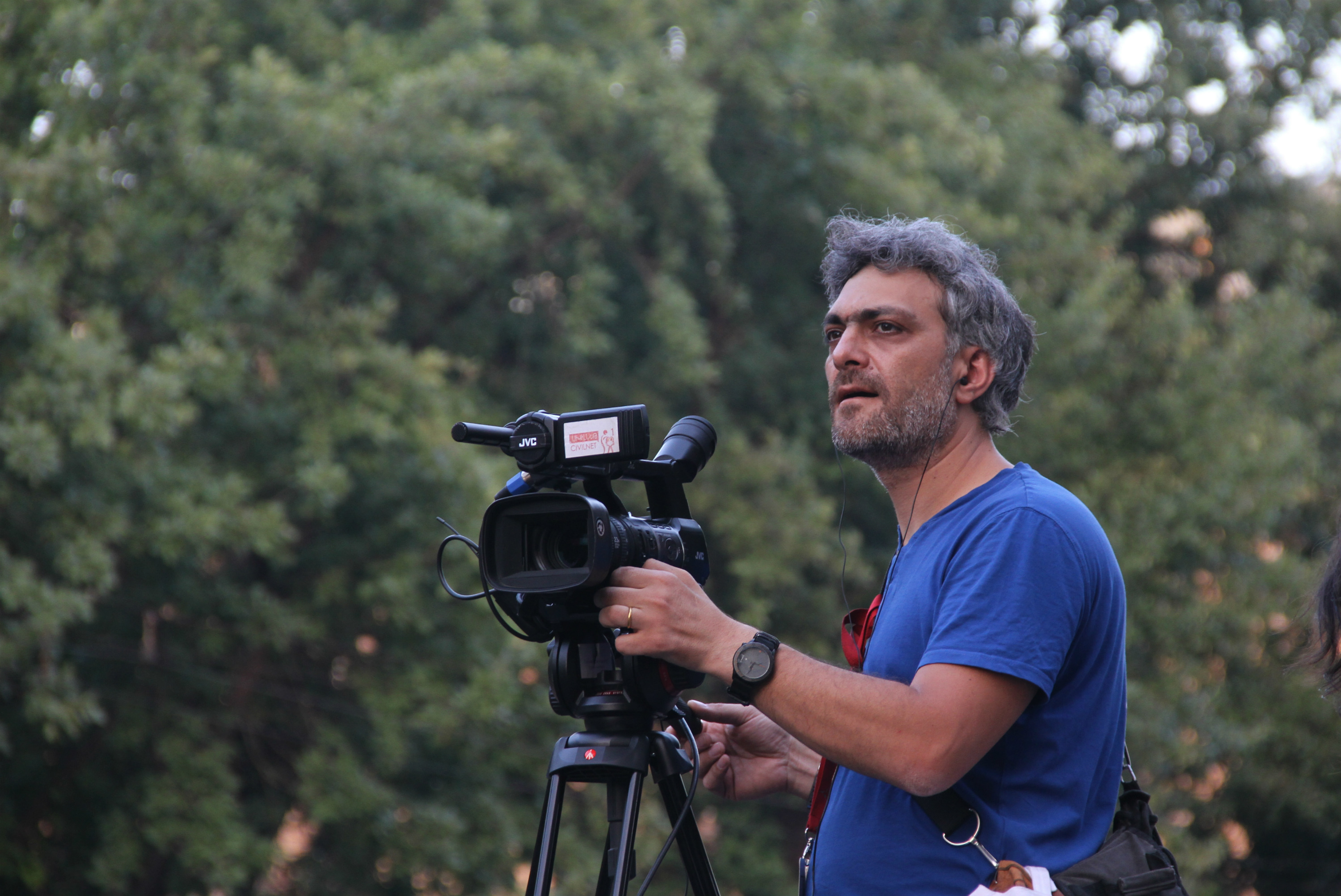 In the Media.am “On the Scene” series, we meet the journalists, photojournalists, and camera operators often covering the big and small demonstrations of a small country, who describe their principles and approaches.

Fascinated by his father’s old Soviet camera, Sargis Kharazyan was captivated by photography at a young age. “One day I realized that people not only see, but also hear with their eyes.”

As a teenager, his interest waned, but while a student at the architectural institute, the image and frame attracted him once again. “Studying architecture gave me lessons on [being] a camera operator, director, and screenwriter and developed my visual skills,” he says. 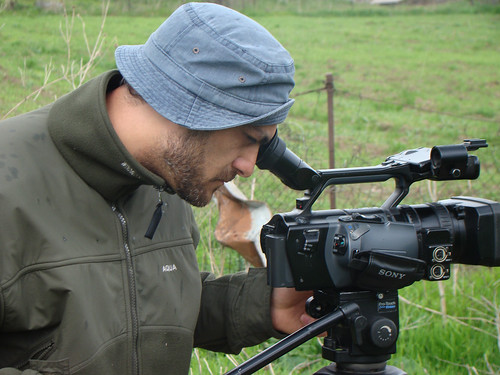 He took his first classes in operating a camera at Internews Armenia, curently the Media Initiatives Center [the organization responsible for this site]. He shot his first footage here too. My co-workers know Kharazyan well; they produced videos with him on many occasions.

For four to five years, Kharazyan worked at different Russian news outlets. Since 2011, he has been the camera operator at Civilnet.

In his opinion, filming demonstrations is different than other, everyday filming. “During demonstrations, I don’t put forth specific main and secondary issues; I turn on [my] instinct, the same instinct that turns on during war. These are images that are completely parallel.”

Kharazyan says that on the scene, the only subject that can be debated between him and police officers is rights — he’s not preparing to give them life lessons. His participation in demonstrations as a camera operator is decided depending on the situation. 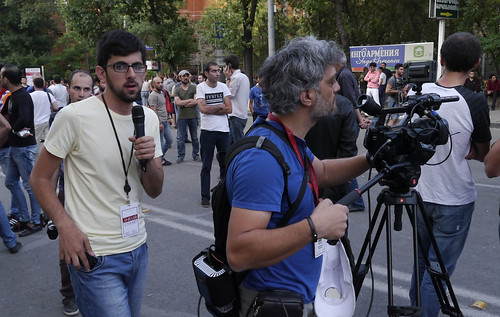 “If there’s a verbal altercation between demonstrators and police officers, my intervention is zero; I film. A slight jostle or scuffle too [my intervention] is zero, but when they began to inflict bodily injuries on each other, when it’s a matter of life and death, I am no longer a camera operator — the human factor kicks in. I can put the camera aside and, for instance, help the injured person. People, human life comes first.”