Misinformation About COVID-19 Between Joe Rogan, Neil Young and Spotify 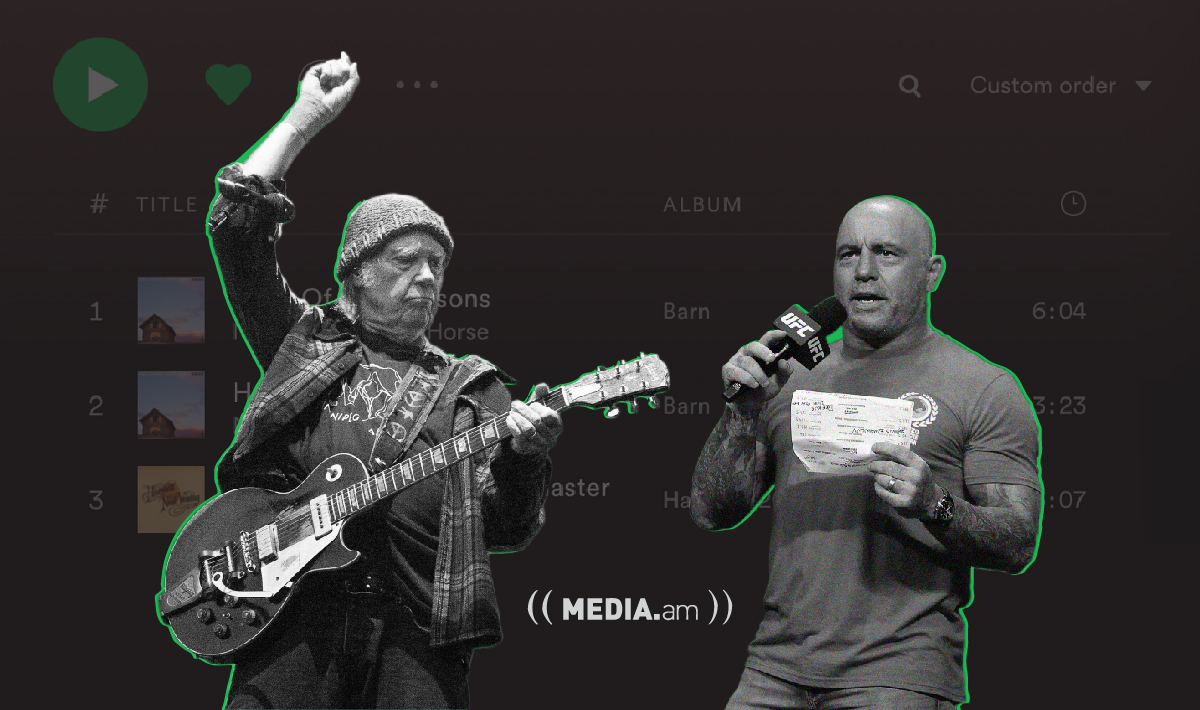 What seemed to be just another Internet scandal became one of the biggest scandals of 2022, which shook the entire Western music market, gave another reason to “cancel” Joe Rogan, and worsened Spotify’s work.

Spotify is the world’s leading streaming music and podcasting service.

It all started with the already deleted open letter of the legendary rock musician Neil Young, in which he placed Spotify in front of a decision, forcing the service to delete either his entire library or the “Joe Rogan Experience” podcast show.

“I am doing this because Spotify is spreading fake information about vaccines – potentially causing death to those who believe the disinformation being spread by them,” Young wrote in his letter. 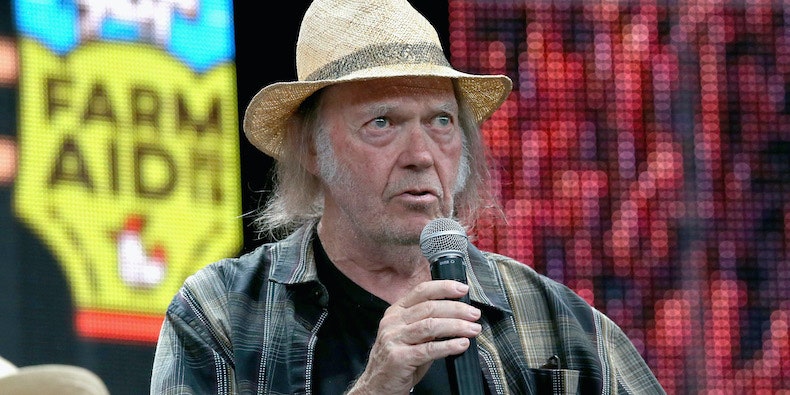 Thanking his manager and Warner Records label, Neil Young realizes that as a result of his position he will lose 60% of revenue from the main music streaming platform of our day.

Spotify reacted to Young’s statement after the Wall Street Journal wrote about it.

“We want all the world’s music and audio content to be available to Spotify users. With that comes great responsibility in balancing both safety for listeners and freedom for creators. We regret Neil’s decision to remove his music from Spotify, but hope to welcome him back soon,” said the spokesman of the service

According to the spokesperson, since the beginning of the epidemic, Spotify has deleted more than 20,000 podcast episodes and introduced a new content policy for the creators.

And how do those policies regulate the behavior of Rogan’s show on the platform?

Comedian, UFC commentator, and martial arts expert Joe Rogan has been airing his “Joe Rogan Experience” podcast since 2009. Today it is one of the most famous shows in the world, if not the most famous. The downloads of each episode fluctuate between 11-14 million. The New York Times described it as “one of the most consumed media products on the planet.” 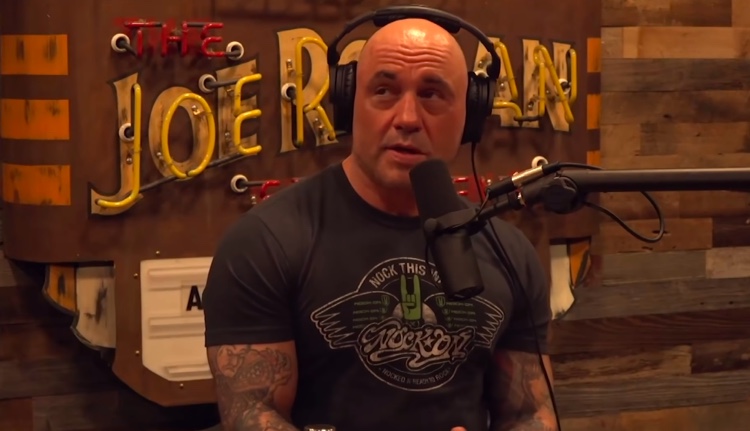 The fact is that in 2020, Rogan signed an exclusive contract with Spotify for $100 million, selling the show copyright to the streaming giant.

No episode about COVID-19 released by Rogan has been deleted, although Spotify has restricted the activities of other lesser-known creators on its platform.

An example of this is the show of Australian chef and podcaster Pete Evans, who in January 2021 was deleted from Spotify for spreading misinformation about COVID-19, without receiving a warning as a creator.

Rogan has repeatedly told his listeners that Spotify has never tried to censor his speech. And maybe that’s the problem. It is no secret that Joe Rogan has partly built his brand on talking to scandalous guests who are sometimes blocked on other platforms.

Although Neil Young does not specify which episode of the podcast caused his anger, the magazines assume that it was a release with the participation of virologist Robert Malone. It was because of this episode that 270 doctors, scientists, health professionals, and professors wrote an open letter to Spotify before Young’s letter in the first half of January, concerned about false medical information on Joe Rogan’s show.

“This is not only a scientific or medical concern; it is a sociological issue of devastating proportions and Spotify is responsible for allowing this activity to thrive on its platform,” the letter reads.

By the way, this is not the only problematic case regarding COVID-19 and vaccines on Rogan’s podcast․ During one of these programs, Rogan himself stated that healthy young people do not need to be vaccinated.

From the very first days of the spread of the pandemic, the well-known digital platforms have adopted different policies against misinformation. But unlike its “colleagues,” Spotify did not publicly update its regulations until recently. The updates took place only on January 30 of this year, in response to a much-discussed scandal. The biggest change is that from now on an episode containing any information about COVID-19 will have substantiated advice from experts and will be moved to the COVID-19 category.

Joe Rogan is not a journalist, but when it comes to topics like the COVID-19 vaccine, he has to take it upon himself to verify the facts in his podcast and understand the consequences. Rogan has a large and loyal army of obsessive followers, and it was assumed that Young would carry a small weight in Spotify’s scale. But the picture can change quickly․ Neil Young was joined by Canadian musician Johnny Mitchell and several other artists.

In addition to the musicians who were forced to delete their albums, a number of Internet users wrote about the termination of membership with the platform.

Only Neil Young songs that were not created under his original Warner Records label are now available on Spotify.