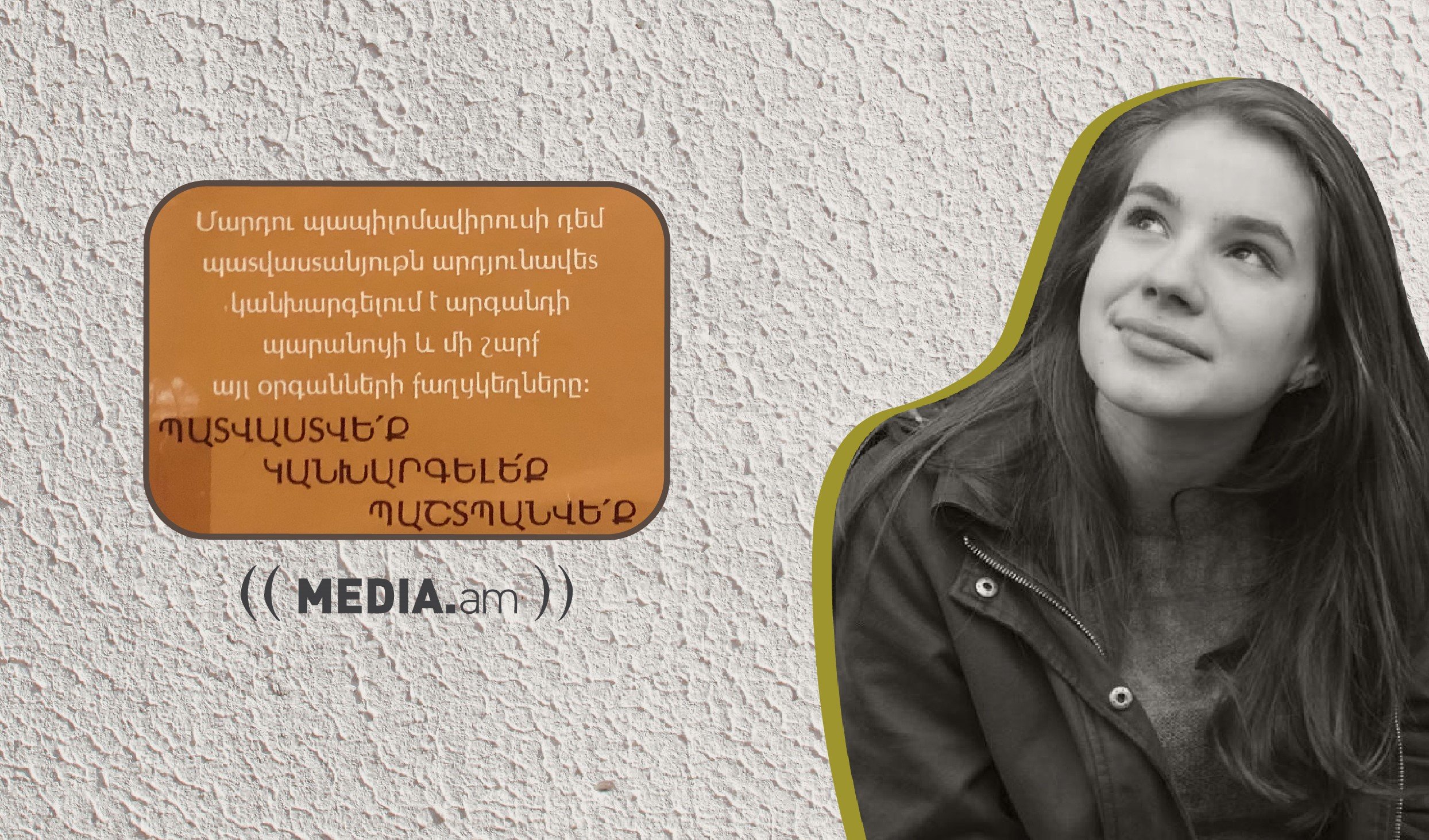 Since 2017, a poster advocating the need for human papillomavirus vaccination could be found in the polyclinics of Armenia, with a girl looking at the sky smiling sadly. In fact, the photo used for the poster has a terrible backstory.

The girl is not a model who agreed to use her face for awareness campaigns, but a real person with a cruel fate. Looking at us from the posters hanging in Armenia is a victim of a famous murder in Germany.

On November 1, a user named Arsen Igityan wrote in his blog how the Ministry of Health used a photo of a murdered German woman for a papillomavirus vaccine poster. The owner of the post found out about it from Twitter, where they posted a photo of the poster and reported the event (the post is no longer available, as the account has been deleted). 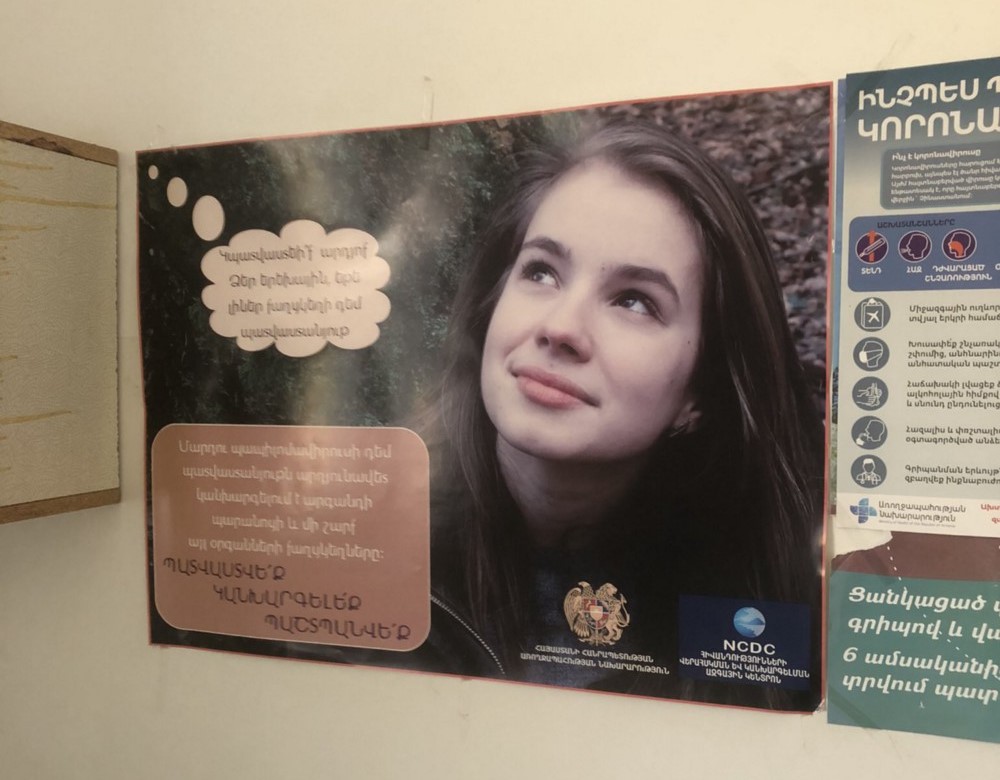 The post reports that the young girl depicted on the poster for papillomavirus vaccination in one of the RA polyclinics is Maria Ladenburger, who was raped and killed by an Iranian immigrant in October 2016.

A few days later, on November 8, Igityan posted the answer to a request to the Ministry of Health on his blog, entitled “The Ministry sees no problem with the poster on the papillomavirus vaccine using the photo of a girl who was raped and killed.” The ministry said the picture was chosen at random. 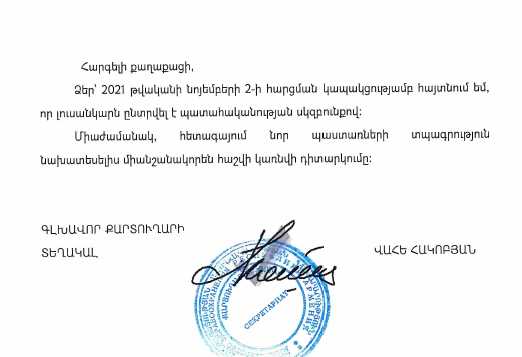 When image searching the photo of the girl depicted in the poster, first of all, one can see the original version of the photo, and then the references to a number of periodicals about the murder. 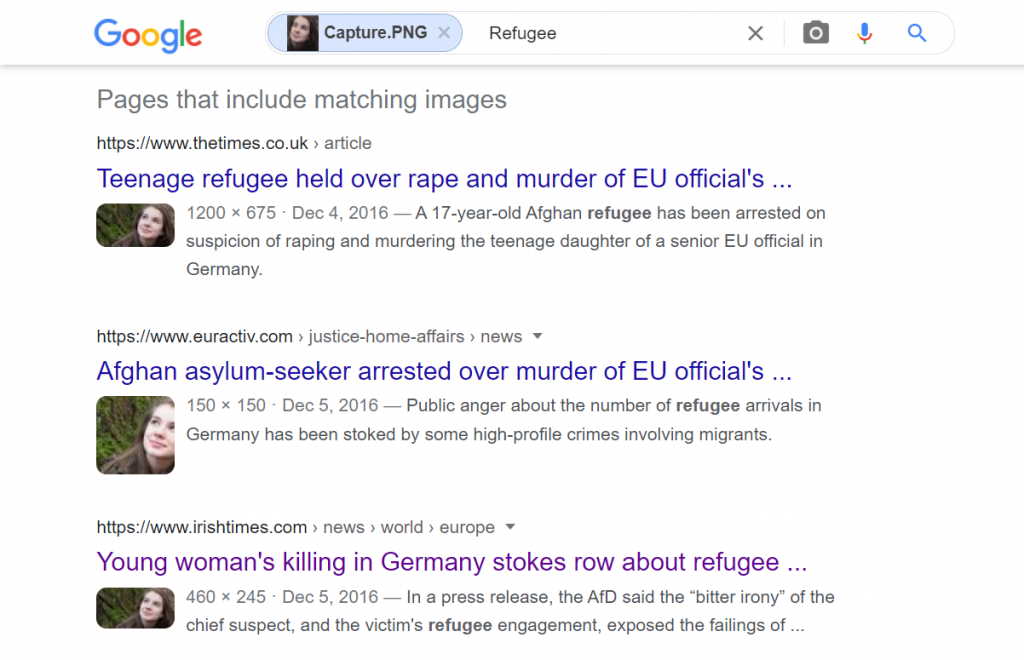 The victim is really Maria Ladenburger from Germany, who was raped and thrown into the river by Hussein Khavar in 2016.

We visited another polyclinic that also hung that poster. 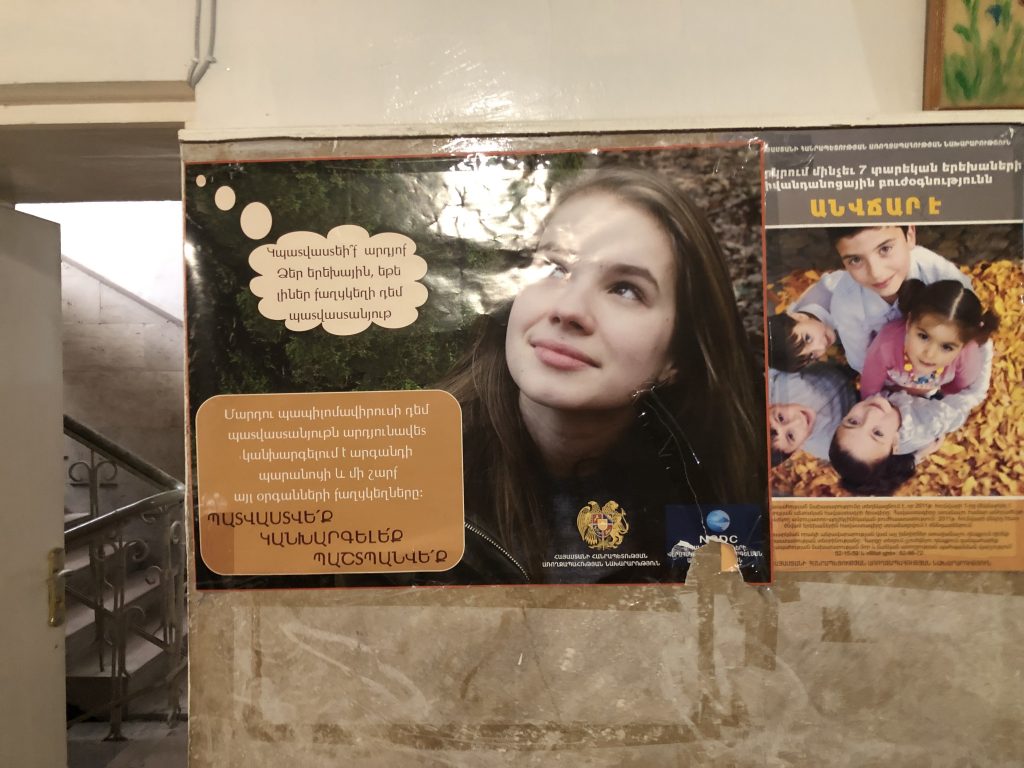 According to Zakaryan, the awareness poster is not new, it has been posted in Armenian polyclinics since about 2017 when human papillomavirus vaccinations were introduced in the country.

“Obviously, there is an intention to remove the poster, which is due to the circumstances of that picture first of all, at the same time it needed to be updated anyway, as it had been posted for several years,” says Siranush Zakaryan. She also added that the reason for not removing the poster even a month after learning about the picture was the overloaded work of the department due to the coronavirus.

The center’s public relations officer has not recalled such cases before but assures that in recent years their designers have been careful about the images used, using sources and platforms that are open and intended for free use images.

The murder of Maria Ladenburger

The murder of 19-year-old medical student Maria shocked Germany. It took place on October 16, 2016, in Freiburg. The perpetrator of the murder is immigrant Hussein Khawari, who raped and strangled Maria, and then threw her into the Drizam River.

The trial revealed that Hussein, who came to Germany from Austria and introduced himself as a 17-year-old minor without any documents, was in fact a 32-year-old Iranian. It was also revealed that the case of the murder of a German woman is not the only one and in Greece, in 2014, he pushed a woman off a cliff and was sentenced to 10 years in prison, but in 2015 he was released due to overcrowding in prisons.

According to media reports, the murdered girl is the daughter of Clemens Ladenburger, an assistant to the European Commission’s legal director, and a lawyer.

The assassination caused a stir in Germany, with Angela Merkel’s 2015 “open door” policy allowing more than a million immigrants and refugees to enter the country.

And the question of why the photo of this girl was used by the Ministry of the Republic of Armenia, perhaps there can be only one explanation. Careless and hasty preparation of the poster was considered preferable to serious work. The design, with its strict laws, was pushed to the background, as a result of which the vaccination campaign of national significance remained in the shadows. Or, as in this case, it lost its trust and credibility.