The Return Of Advertisment To Public Broadcasting: Numbers And Forecasts 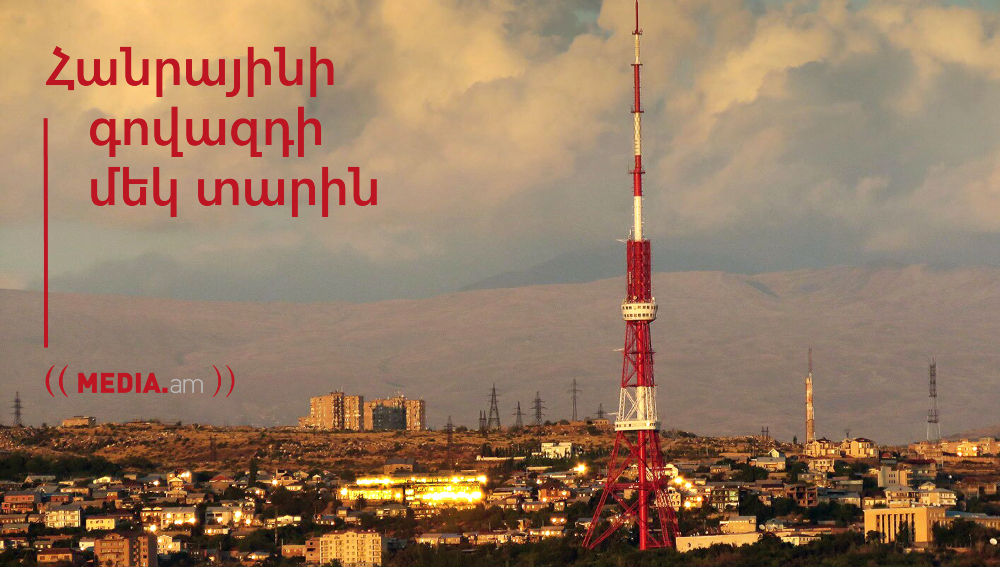 Public Television predicts to secure up to 350 million AMD of advertising revenues in its own budget by the end of 2021. This was reported to Media.am by the public relations department of the TV company.

In 2020, when the issue of giving the TV company the opportunity to once again place advertisements was discussed, an additional annual amount of about 250 million AMD was expected. It would be directed to the needs of the media in order to lighten the burden of the state budget to some extent.

In 2020, Public Television received about 128 million AMD from advertising and sponsorship. In 2019, when there was no opportunity for advertising, it received a revenue of 107 million AMD.

In response to our questions sent to Public TV, it is said that part of the funds received from advertisements will be used by the TV company to improve the building conditions and other infrastructures, and the other part will be directed to technical re-equipment, as the process is permanent and needs large investments from time to time.

In the case of private TV stations, the Advertising Law prohibits the broadcasting of advertisements lasting more than 14 minutes per hour of television coverage.

Ara Shirinyan, Chairman of the Public Television and Radio Council, says that they have formulated the principles of First Channel’s commercial activity, according to which the TV company pursues profit only to the extent that does not contradict its main mission and at the same time there is a natural reason for such profit (for example, Olympic games, “Eurovision Song Contest, etc.”), as well as the restriction of showing five minutes of advertising per hour.

On the other hand, according to him, in order to advertise their product, advertisers should have the opportunity to advertise it in the media of their choice.

“By the way, Public Broadcasting still does not complete those five minutes today. In other words, the creation of vital information in line with public moods pushes the pursuit of commercial profit to the background,” explained Shirinyan.

At the moment, the money received from the advertisement covers a small part of the Public expenses. In 2020, about 6 billion AMD were allocated to the Public Budget from the state budget, but the number of programs reduced as a result of the Coronavirus and the Artsakh war, about 300 million AMD, was directed to the reserve fund.

“The public should know that the state reduced the budget of Public TV last year due to advertising, moreover, it was more than the income received from advertising. It was partly due to the epidemic and the circumstances of the war.”

Decentralization of the advertising market

Last year, during the discussions, it was said that Public TV having advertising would not solve a purely financial problem, but would break the centralization of the advertising market and create competitive conditions in the field.

In response to Media.am’s question, Public TV informs that since two companies (sales house) sell advertising now, the field has become balanced and competitive, and this is justified by the feedback coming from advertising agencies.

Since 2013, only one company has been selling advertisements in the field, “Media International Service.” After entering the public advertising market, the second seller, “MediaHouse Armenia,” started operating.

“When the right to broadcast advertisements was returned to Public TV by law last year, many people protested sharply, suspecting that the government wanted to deprive private TV companies of advertising revenues by directing them to Public TV. “As we see, that did not happen,” said Ara Shirinyan.

According to the Chairman of the Public Television and Radio Council, professional research is important in the field of advertising․ As in many countries, a “sectoral committee” should be established in Armenia, a non-governmental organization consisting of representatives of TV companies, advertisers, advertising sellers and other stakeholders, who will set the rules of the game and oversee the principles of fair competition.