The Money Received By Regional TV Stations From The Elections 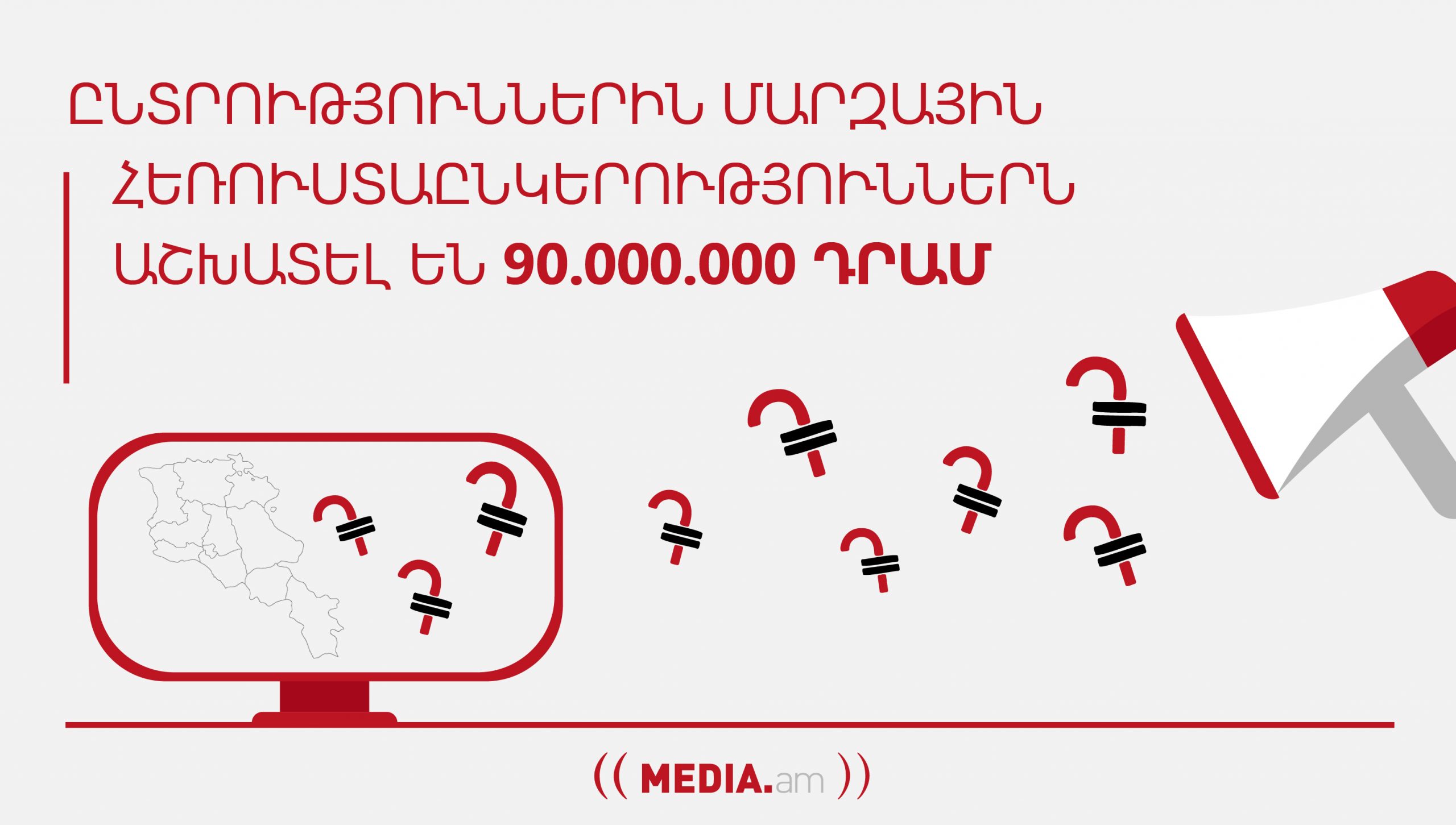 The early parliamentary elections of 2021 were a good opportunity for regional TV companies to sell airtime. Here the price of one minute fluctuated between 1,800 AMD and 25,000 AMD.

It is clear from the declarations submitted by the CEC parties that the political forces, with their outstanding financial resources and modest means, have attached importance to regional television in order to communicate with voters.

Moreover, some parties have chosen a TV company or TV companies of a specific region.

Fortuna and Tsayg earned the most money from the regional TV channels during the election campaign – about 27 million AMD.

Overall, the budget of the regional TV channels has been enriched by about 90 million AMD during these elections. For comparison, it should be noted that the state and capital TV companies received about 395 million AMD in the same period.