More women than men watch TV in Armenia. Daily TV viewing is 227 minutes (women) and 206 minutes (men). And this is natural because 55% of the TV audience are women.

Such a conclusion was reached by the Commission on TV and Radio of Armenia (CTR), which published data on the audience, the structure of the air and the programs with the highest ratings in 2020.

The structure of television according to the thematic direction in 2020 was as follows: Entertainment programs (23%) and soap operas (19%) make up a significant percentage of television content. 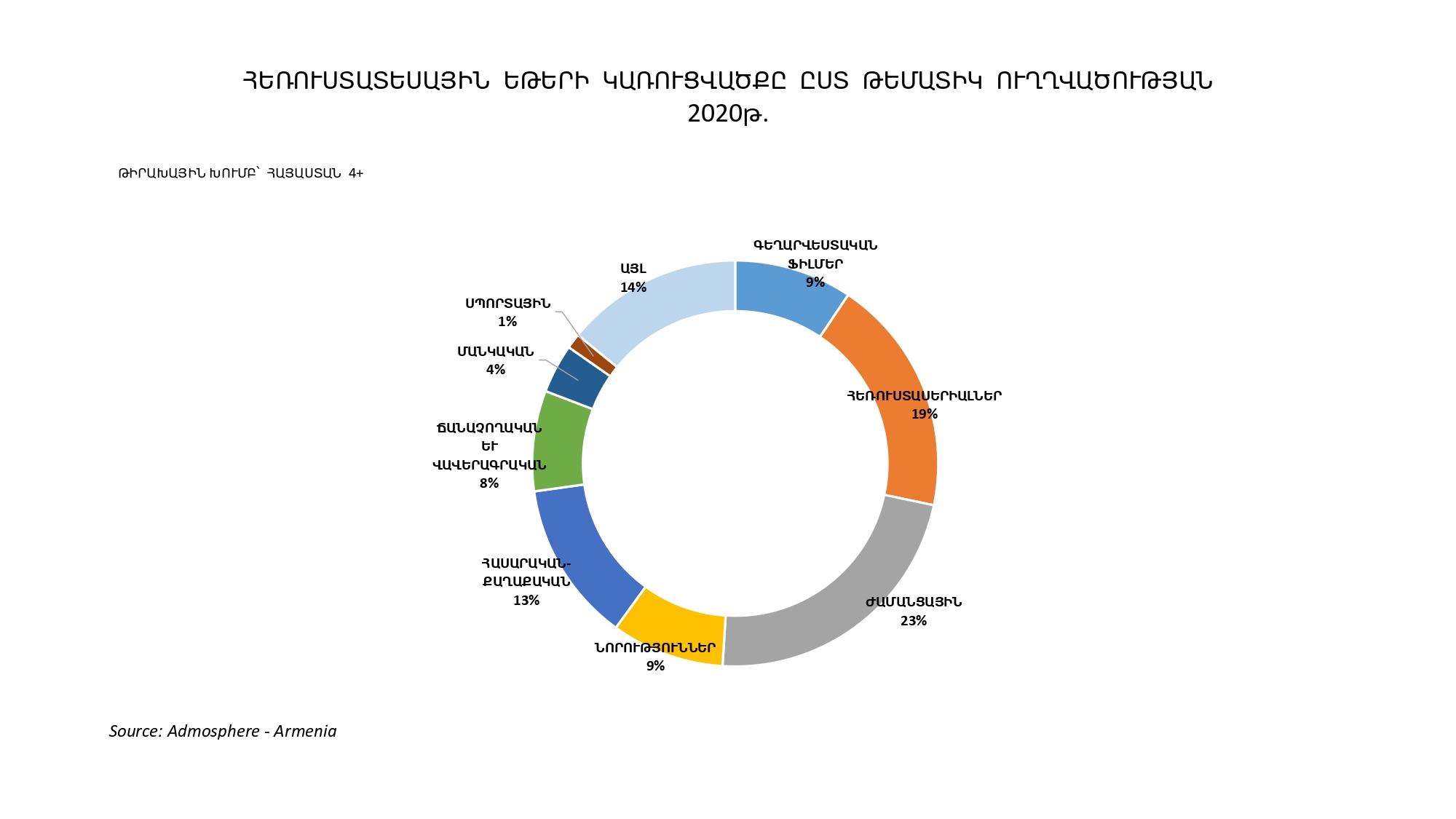 The leader of news programs is “Zham” by Armenia TV, followed by “Shant” “Horizon” and “Lurer” by Public TV. This trio has a significantly larger audience than the news programs of the other state and capital channels. 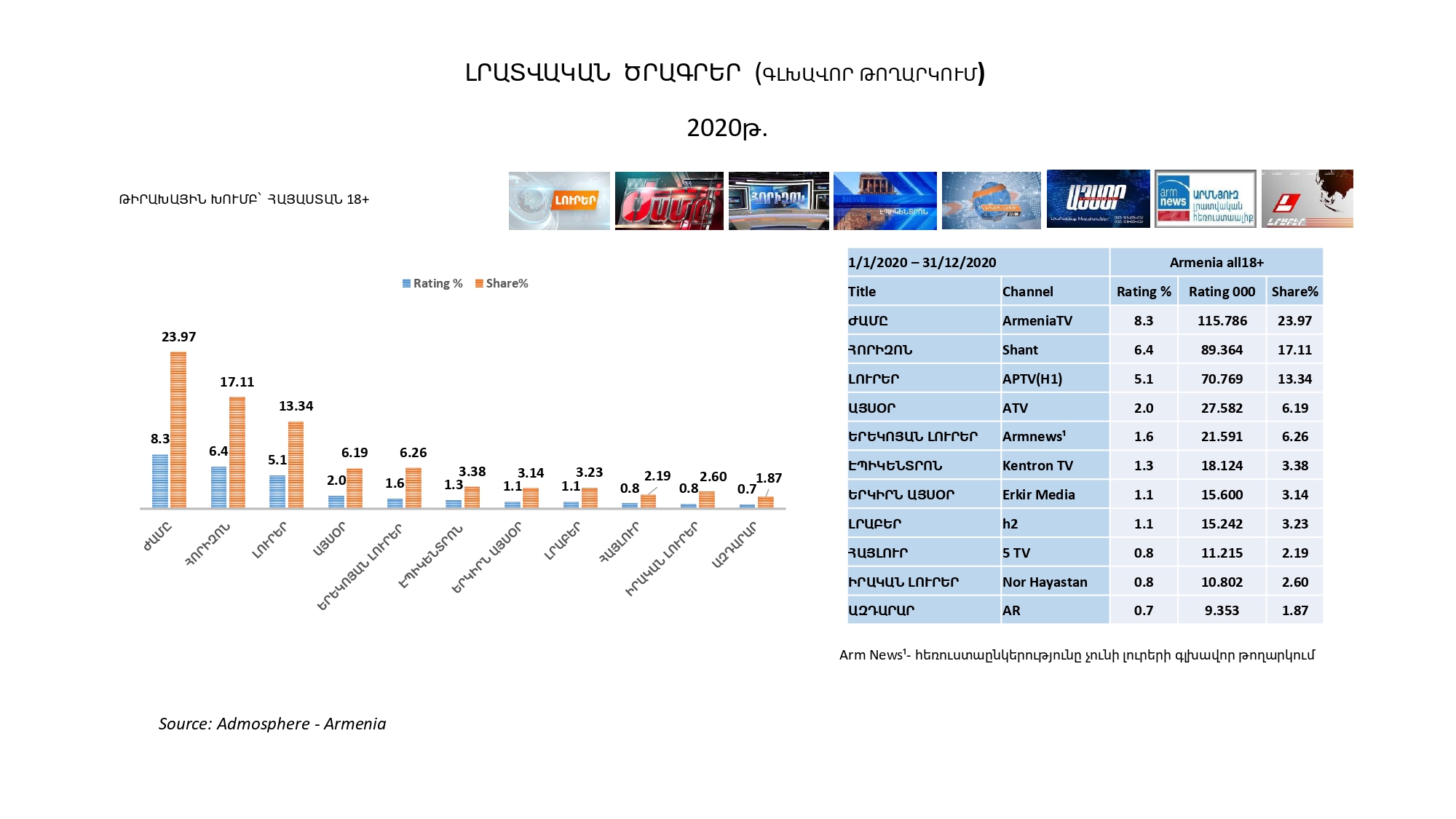 In the interview and debate genre with a quick response to social and political issues, the program “Interview with Petros Ghazaryan” has the most views on Public TV. And since Petros Ghazaryan has taken on the whole burden of the conversational genre, his other program, “Public Discussion,” also has a significant audience. Also in the top three is Shant TV’s “Perspective: Special Program.”

Armenia TV channel, which has a very large audience and whose products of different genres are usually the most-watched, probably does not strive to be a leader in this genre. In any case, it is not on this list. Instead, there is “ArmNews,” which, although does not have the main news program, responds to the topics of the day with heated and fast interviews and discussions. 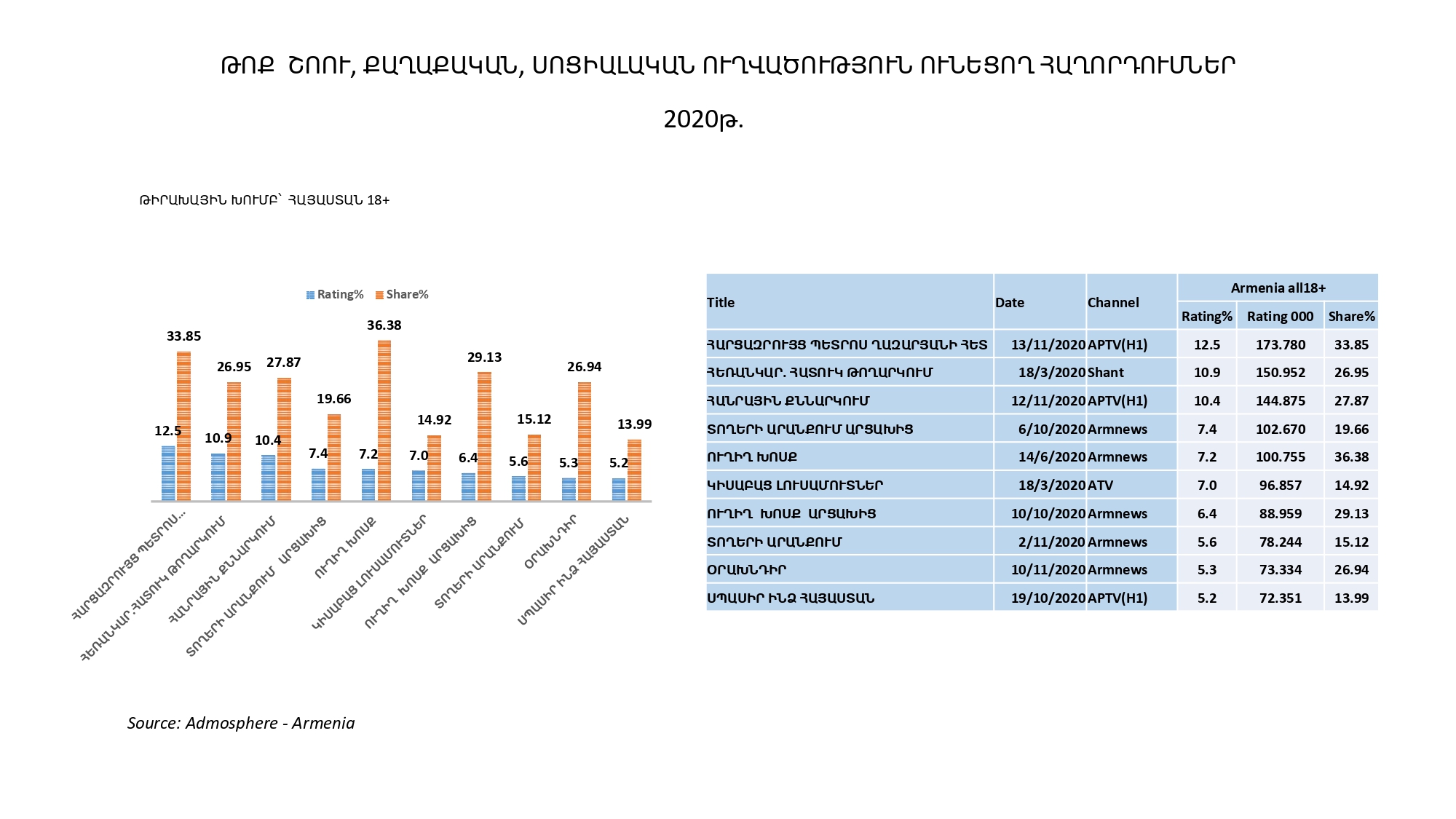 The list of feature films in greatest demand in 2020 was offered by Armenia TV. And only that channel.

Public TV and Shant TV, on the other hand, have a large audience of documentaries, although the majority of TV viewers watched the documentary “Invincible Army” offered by Armenia TV the most.

When we say sports programs, we always think of soccer, with a few exceptions. And if the channel acquires the right to broadcast soccer matches, it has a stable audience. Last year, the Armenian audience also watched soccer on different channels.

Armenia TV is one of the channels producing comedic and entertaining programs, as well as series, which is traditionally in competition with Shant TV and Public TV. In 2020, Armenia TV soap operas and entertainment programs were in the lead. Shant TV offered less, and Public TV almost did not offer anything at all. Perhaps this year Public TV will try to fill that gap by returning some of the old formats and media figures that provided the entertainment part to the air.

In general, it is interesting that acute social issues and entertainment rarely meet on the Armenian air, but are usually perceived as a contradiction. And when we say “entertainment” we mean zero politics or zero sharpness, while sometimes the sword and entertainment go hand in hand. And are also included in soap operas.

The leaders are Armenia TV’s “Born Without an Address” and ATV’s “Shiraz’ Rose,” and “Beautiful Sona.” 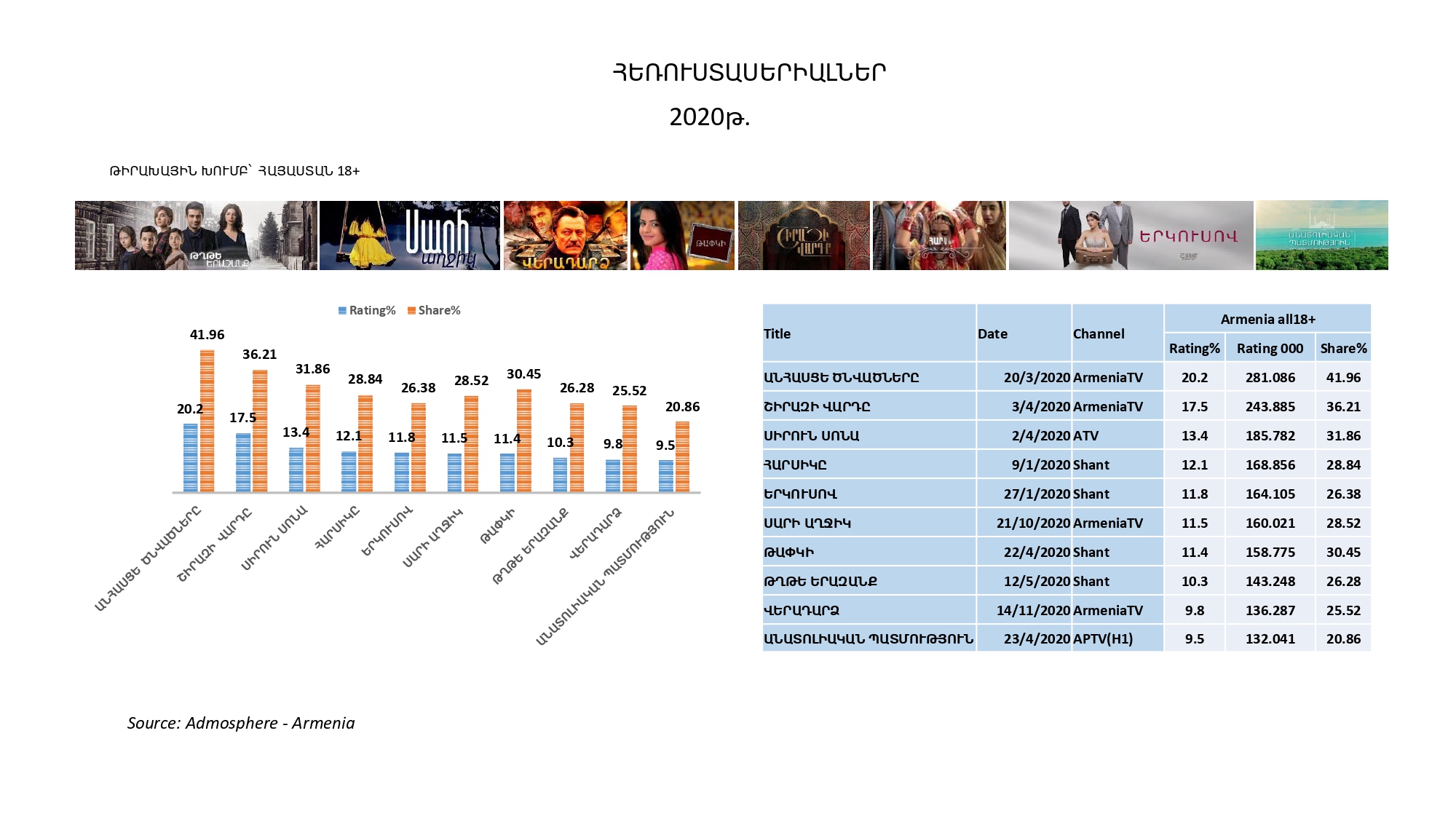 In 2020, the structure of television, of course, underwent serious changes due to the epidemic and the war. The government imposed restrictions on information, and the entertainment genre seemed desirable at one stage and inappropriate at another.

But in any case, quality movies and cartoons were desirable content. And those channels that were able to present the international film production with a good Armenian translation were in the lead.

An archive played a key role in the list of musical genre programs. On New Year’s Eve, they showed the music programs of previous years (even 2015-16), which had a large audience. This year’s New Year was, of course, sad.

The CTR compiled these graphs based on data from Admosphere – Armenia, a television rating company.