Fundraising For The Safety Of Journalists Covering The War 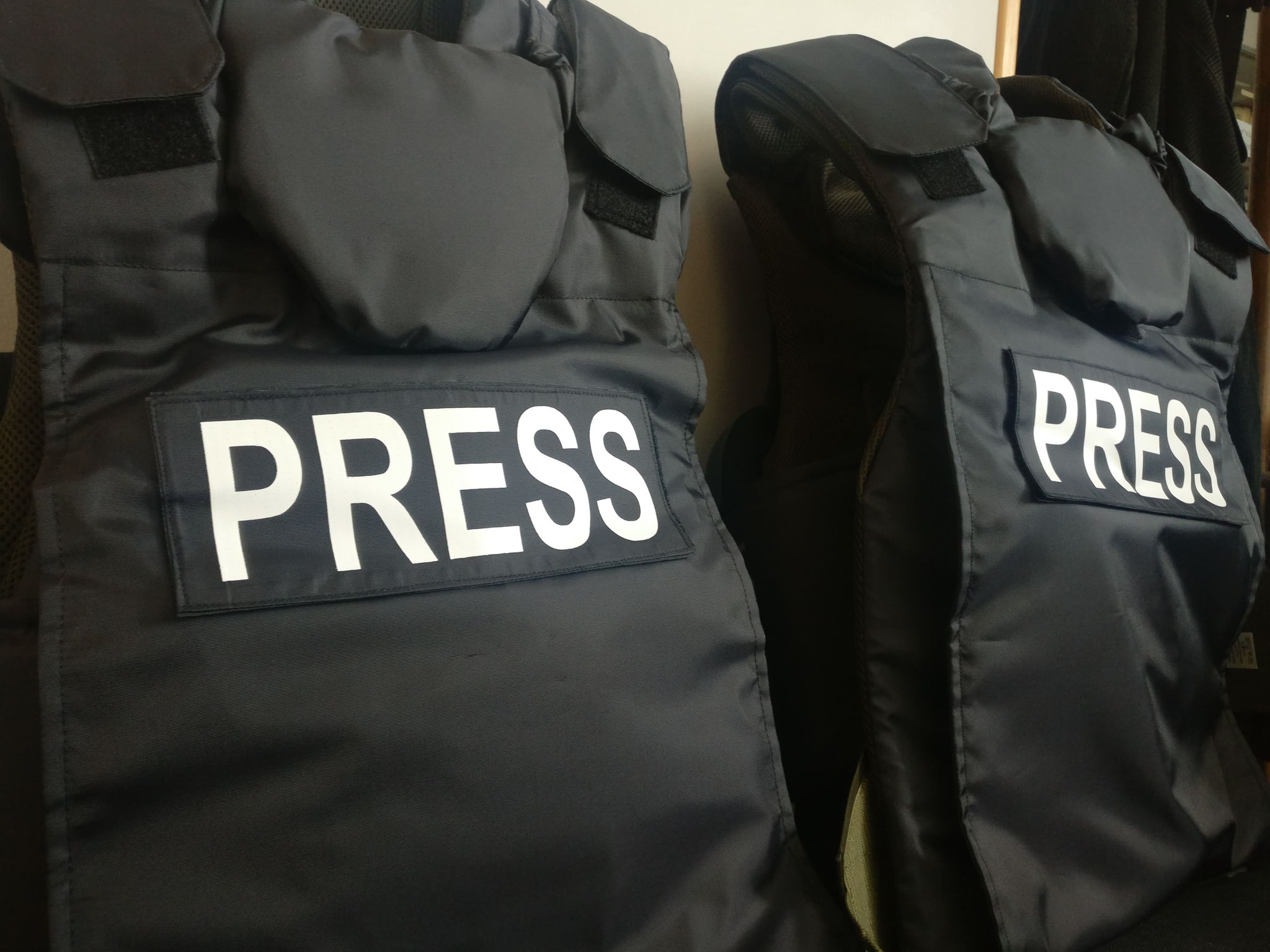 Learning from the 2016 four-day war, the Media Initiatives Center (MIC) purchased 12 bulletproof vests and 12 helmets through donations from the American NED and through the efforts of Canadian-Armenian journalist Levon Sevunts. Today, however, this is not enough, so the MIC, along with other media partners, are trying to increase the number of safeguards in various ways to ensure the safe work of journalists as much as possible.

The companies bought several vests from their own funds. Unexpectedly, individuals have joined this process, for whom the news and the people who create it and report it is important and valuable.

Dozens of journalists in Artsakh these days talk about the ongoing war. They work in conditions of almost incessant shelling. Many journalists simply risk their lives to work without armor and helmets. Many of the Armenian editorial offices do not have security equipment for the conditions of war.

Active Instagram user Mushegh Galstyan (@imushegh) wants to be useful in the ongoing war, he has focused his network resources on several social initiatives. The student of the American University of Armenia is sure that there are many people in the Diaspora who want to make more targeted donations. He has now launched a fundraising campaign on his Instagram page to help the media covering the war over the course of these days.

Mushegh says that in the beginning, the goal was more general, to help the people of Artsakh who came to Armenia, to make donations to various foundations (Hayastan All-Armenian Fund, Soldiers’ Insurance Fund, etc.). But when his personal resources ran out, he decided to turn to his friends in the Diaspora for help, to raise money, to help journalists on the front lines, because they also needed help.

“Fundraisers come in a variety of sizes and can meet specific needs. My Diaspora friends on Instagram started joining with small donations, the first donation was $150, then it gradually increased, reaching up to a one-time donation of 1,000 EUR. I contacted journalists in Artsakh to find out how we could help them. The journalists referred me to the Media Initiatives Center (MIC) so that the support would be more targeted and coordinated,” said Mushegh.

According to him, their initiative has no name yet, but the upcoming big campaign, “Help Armenian Media,” will be completely focused only on the needs of the media, to have body armor, essential medicine, travel expenses, photo-video equipment, etc.

At the moment, according to Mushegh, financial assistance has been provided to local media outlets including Evnreport, 4plus, Bars Media, Photolure, with the aim of increasing the amount of support.

He will donate part of the money raised to the Media Initiatives Center to buy armor for journalists․ “At the moment, the journalists need body armor. The journalists directed me to the MIC because the organization has bought such protective equipment before, and if necessary, it will provide it to journalists free of charge.”

Mushegh says that the fundraising is very transparent, the donors see how much money has been collected and for what purposes.

“It is very important to be on the side of the media and journalists in this situation, because they do no less important work on the front lines, endangering themselves so that both we and the world can get an idea of the developments of this war,” said the founder of the initiative.

Article 79 of the 1979 Supplement to the UN Convention on the Elimination of All Forms of Discrimination against Women states that professional journalists serving in the armed conflict zone should be considered citizens if they have not taken any action contrary to this status. For example, if they are not wearing military uniforms.

The international law of war prohibits targeting civilians. And if the civilians are taken by the opposing forces, they cannot have the status of prisoners of war.