The News In Artsakh Is Followed Mainly By Radio

The news about the ongoing battles on Artsakh Public Radio is broadcast in emergency mode once every half an hour.

Ani Minasyan, who has recently started running the Artsakh Public Radio, says that at the moment, as they are unable to send their employees to Stepanakert, they are working with their correspondents in Hadrut and Martakert to present the situation more generally.

According to her, at the moment the work of the radio is very important for Artsakh because in the shelters people are following the news mainly through the radio.

“The work of journalists from Yerevan and who came to Artsakh from abroad can be useful for foreign audiences, and at the moment the most expedient place on the ground is the work of radio. People do not have internet access or television in the shelters, they get the news on the radio,” said Ani.

At the moment, there are several radio stations operating in Artsakh, mainly reporting from official sources.

Journalists from Armenia, France, the United States and Russia are currently working in Artsakh. 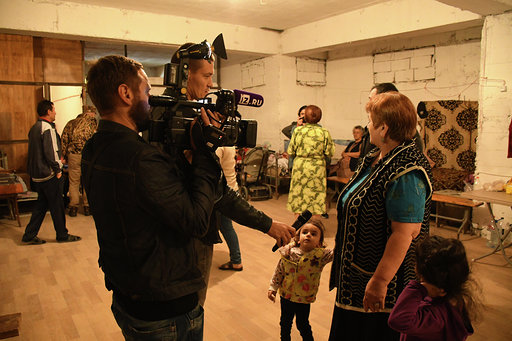 The work of journalists from a shelter. Photo by Narek Aleksanyan

On September 28, the Artsakh Joint Information Center took the journalists to one of the military hotspots, the city of Martuni, where the enemy’s UAV targeted the journalistic group. Fortunately, they were not harmed, they were able to work, talk to people and zero in on material losses.

“Journalists mostly work in the information center, after the press conferences until midnight, sometimes more. They do not go to this or that region on their own,” said our interlocutor. 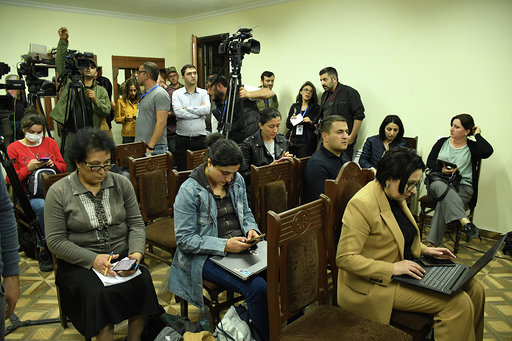 Journalists at the Artsakh Information Center. Photo by Narek Aleksanyan.

The main problem of the journalists is the telephone-internet connection, Ani Minasyan said that they try to keep in touch with the journalists who have arrived in Artsakh, help them and direct them to the areas where there is a connection.