RFA-NA: Let’s Learn To Live In An Unpleasant Audiovisual Situation 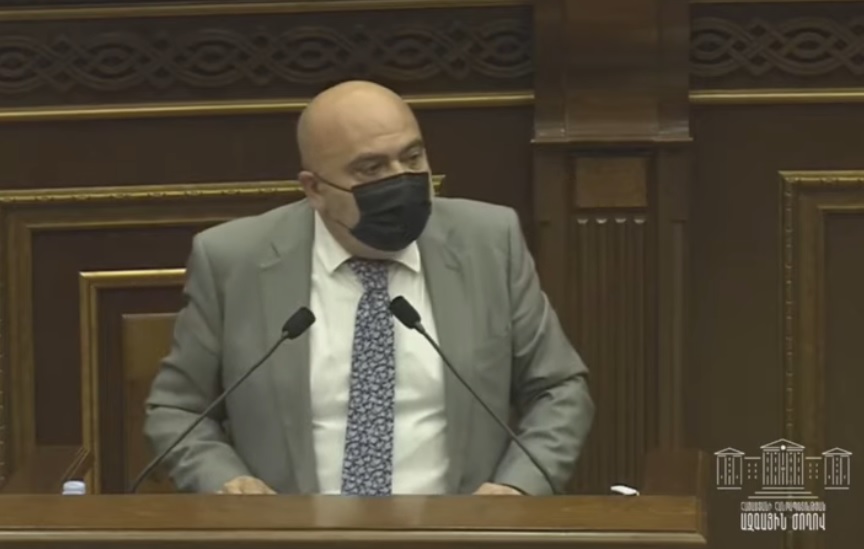 The report of the President of the RFA and the issues of the deputies to be discussed in the National Assembly on June 17 proved that the current situation in the media field and the possible (and impossible) settlement of the media concerns many.

The many questions addressed to the President of the RFA, Tigran Hakobyan, were legislative, financial and philosophical.

Tigran Hakobyan noted that the main obstacle to the settlement is the imperfection of the law, but the hope that the development and adoption of a new law on “Audio Services” will help “clear the field of information waste is a bit exaggerated.”

“We have to learn to live in a very unpleasant visual situation because a state cannot regulate all platforms,” he said.

The main topics that were discussed in the National Assembly are as follows:

Tigran Hakobyan compared misinformation to the coronavirus, which goes around the world with impunity, “society must find protective measures and gain immunity.” Including through media literacy and tightening the regulation of media content.

“I believe that people who have a fantastic level of media literacy are involved in media manipulation, and I am relying more on regulations,” he said.

Many questions were about the fine line between misinformation and freedom of speech. Arman Babajanyan (independent MP), for example, called misinformation in the state of emergency a “treacherous propaganda” that endangers everyone.

Tigran Hakobyan answered that the TV companies maintain almost 100% of the requirements of the law in the conditions of the coronavirus, and show the Commandant Public Awareness Videos, which can occupy as much as 20-25% of the advertising airtime of the channels, for free.

But it is another matter who appears on the air as invited guests. Tigran Hakobyan said that usually, misleading and false information and panic are spread through the lips of the guests.

“90% of misinformation is spread by guests, who, unfortunately, are often invited for that purpose. And it’s not just about the coronavirus, it’s about the political process.”

One TV station has already been fined for not removing “evil words”.

Tigran Hakobyan called it a difficult path, as it goes beyond the limits of freedom of speech. And balance must be found in the new law.

He added that the consequences of spreading misinformation and the imposition of sanctions during the state of emergencies are reserved for the police, which is not a professional body in this matter.

The MP’s speeches were mostly pathetic and emotional. In her speech, Nazeli Baghdasaryan (“My Step”) said that “the garbage in the media should be reconsidered,” as the media “has turned from a powerful tool into a weapon used by some political forces against their own people who have lost power.”

And “by creating media empires, they are now covering culinary adventures.”

“Media regulation should be as minimal according to the bare necessities,” said Taguhi Ghazaryan (“My Step”). And a lot needs to be left in the realm of ethical norms. She called the regulations in this area a “tightrope walker.”

Many spoke of the need for freedom of speech. There were a lot of speeches about common things: values, taste, value systems and responsibility.

For example, Victor Yengibaryan (“My Step”) is convinced that “we have been living with freedom of speech for a long time, and that is an Armenian value.”

The deputies mentioned the demand for transparency of media owners. With reservations that it’s always difficult to find the real owners.

And since there is no universal model, Tigran Hakobyan gave several examples. All parties and religious organizations in Germany are allowed to broadcast, as it is clear to the audience who owns them. There are countries where it is forbidden for political forces.

And the truth is still somewhere in between.

Tigran Hakobyan considers content restrictions to be more effective, which will help reduce the propaganda component and make the media outlet an “expensive pleasure” for the political force.

He sees the solution to the problem not so much in legislation as in content requirements. There should be standards, content norms, which if the owner does not keep and the media uses as a “stupid propaganda tool,” it will not be able to work.

“Beneficial content requires a lot of money, and the media needs to be supported to have that content on all broadcasters.” 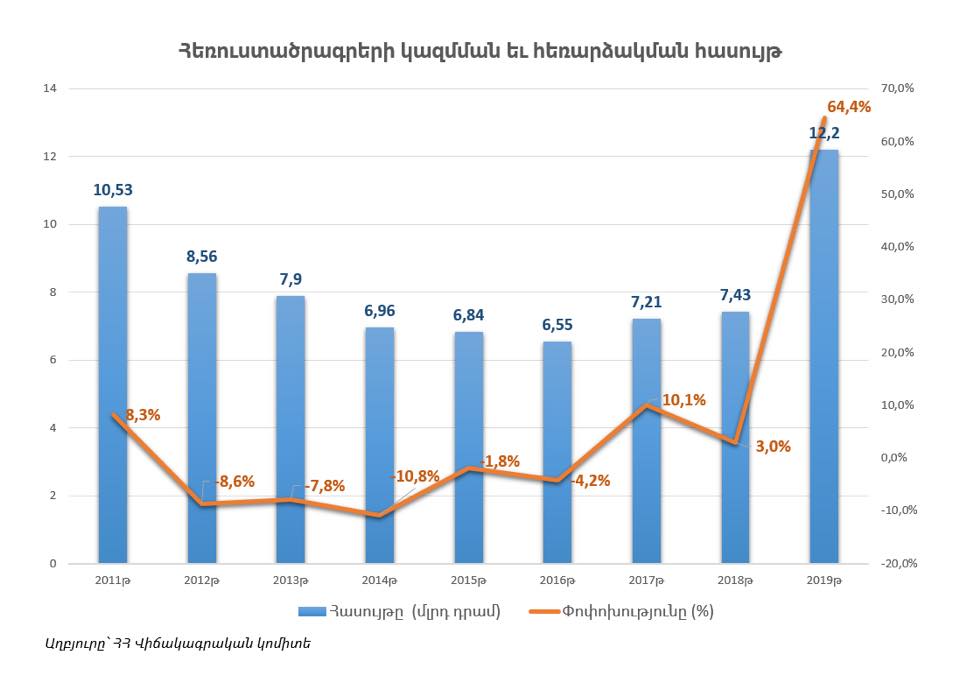 Presumably, this increase is mainly due to the transfer of money from the shadow field to the legal field, when the channels began to register their sources of income.

Tigran Hakobyan added that many channels are not considered a commercial link, but a propaganda guide for political forces or financial groups that do not have a problem with revenue.

“To put it bluntly, the media must either serve those forces or disappear, because it is almost impossible to provide income on their own, especially in this region,” he said.

The media revenue is due to the fact that the advertising market is open. The liberalization of the market will help reduce the dependence of the media on founders and shareholders.

Tigran Hakobyan thinks that it is important to accept that quality content is also money, and all TV companies operating in Armenia should be supported to create and distribute that content.

He also mentioned that according to estimates, the TV advertising market was 15-17 AMD until 2014, then it started to decrease.

They also touched upon the politicization of the media field. Tigran Hakobyan noted that the percentage of political programs on the air has increased, but the share of educational, cultural and children’s programs has decreased.

And this worries the RFA more than the political distortions in the field, the slander and criticism addressed to the officials.

“It’s a matter of your personal relations with the media, which you often do badly, you don’t demand denial, you don’t go to court, you don’t engage in dialogue, etc.,” he told lawmakers who were dissatisfied with the media’s selective attitude.

During the discussion, there were many questions about the information being transferred from social networks to the media. It is clear that the penetration of unverified, dangerous information will not be ruled out, but it is possible to reduce it.

Babken Tunyan said in his speech that the fake news or a post by fake user disseminated on purpose may appear in online media, and then on TV. And this is done in a very systematic way.

“The right information is never free,” he said, noting that even for social media, a person pays attention. And they may seem to be exercising their right to be informed while being misinformed.

In his opinion, the key is not so much the money from the advertising market as the subscription money, because that’s how the audience pays for the content they want.

Tigran Hakobyan also spoke about the notion of the “norm of a significant event” included in the new bill, the definition of which will be given by the RFA. This will be a list of news and events (memorabilia) that TV companies are required to address from time to time. These are cultural-spiritual topics or important state events (for example, terrorist acts).

You can’t regulate everything

Mkhitar Hayrapetyan (“My Step”), referring to the decision to return advertisements to Public Television, said:

“There has been a monopoly in the media for decades, even after the 2018 revolution. And it will take some time to break it, to neutralize it. ”

He is confident that advertising on Public TGV will lead to healthy competition and the establishment of new rules of the game.

If the channels, the sales house, the rating company, complemented each other instead of restraining each other, they would become one generalized body.

Mkhitar Hayrapetyan explains the “entanglement” of the media field.

Many lawmakers were concerned that the rules of the game are working against officials, as there are no levers to punish or prosecute the media.

“As we learn to live in the conditions of the coronavirus, so we must learn to live in chaotic, diverse information flows because it is impossible to regulate everything,” said Tigran Hakobyan.