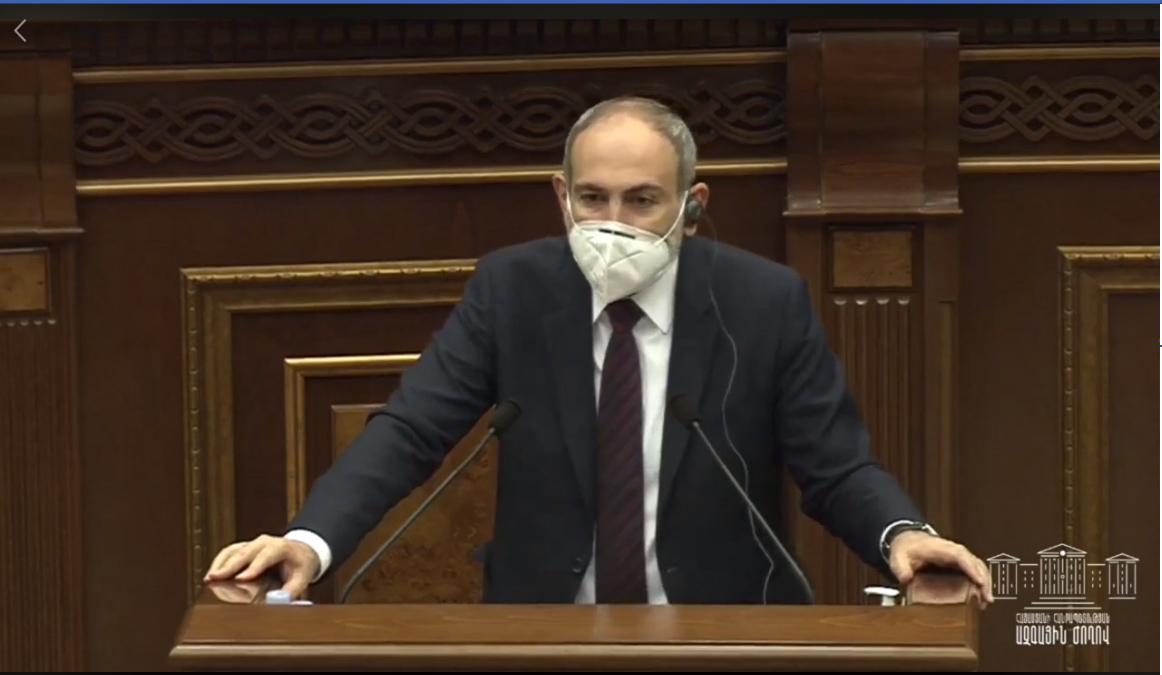 At today’s special sitting of the National Assembly convened by the law on extending the state of emergency in Armenia for another month, Prime Minister Nikol Pashinyan touched upon the misinformation and manipulations about the coronavirus.

“There is misinformation not only about the disease itself but also about the accompanying events. For example, such a thesis is circulated by well-known circles, according to which we had more victims from the coronavirus than the four-day-war. It seems like an argument and an accusation, but I want to say that, for example, the United States has suffered more casualties from the coronavirus than the wars in Iraq and Kuwait combined,” said the Prime Minister.

According to him, with the same success, it is possible to conditionally take any 4 days in 2019 or in 2017, when we had more victims of various diseases than in the four-day war.

Nikol Pashinyan instructed to form a group to study the sources of misinformation, “Is it possible that there is a connection with foreign special services here or a connection with those special services with different circles of authority here? Can there be political circles or non-political, criminal circles that, due to their narrow interests, can spend money on the spread of such misinformation?”

The group will try to find the answer to those questions. The Prime Minister asked not to make a sensation out of it, as “it is an ordinary work assignment.”

“There is a problem of creating a crisis of confidence in Armenia today,” he said. A woman got into a taxi and called someone, pretending to be an employee of the Prime Minister’s Office, saying, “Has the watch the Prime Minister ordered arrived?” … And how much should we give, 35 thousand dollars or euros? ” She also said that she would send a man to pick up the watch. The taxi driver thought the conversation was strange and he followed the woman to find out where she was going. She took another taxi.

“Isn’t it clear that this is an organized operation, and it is necessary to understand who is organizing it, and what qualifications it deserves by law,” said the Prime Minister, adding “And it is obvious that there are elements of hybrid war in all this.”