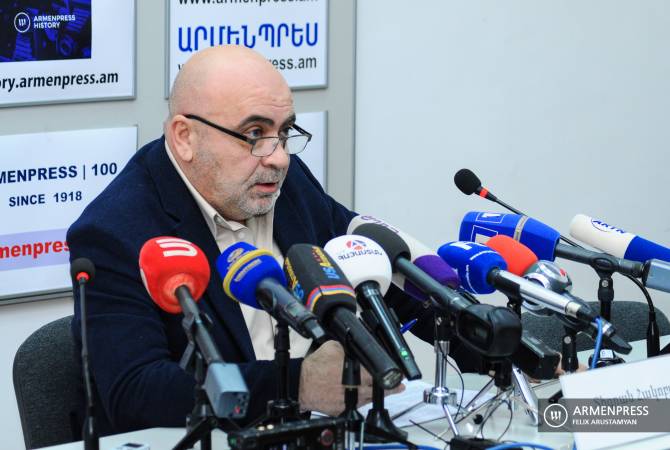 Summing up 2019, Tigran Hakobyan, Chairman of the Television and Radio Commission, said, “There is no public problem that cannot be solved due to public consensus.”

The TRC, which has the image of a binding and punitive structure, has been active in trying to understand and explore the necessary steps to regulate the mixed and turbulent media field these days.

In other words, follow the law on land broadcasting media (which, according to the expected legislative changes, will be renamed, audio-visual producers).

Do not spread fear, terror, violence, preach religious discrimination (for which they have been fined), do not place prohibited advertisements, do not infringe copyright and the law on language.

“Last year we imposed unprecedented fines. The results of 2019 is that a fine of 12 million 200 thousand AMD was imposed on 12 TV and radio companies,” said TRC President Tigran Hakobyan.

Both the fine and the number of fined people have increased.

There is also a lawsuit against the TRC, two TV stations and one radio station have decided to appeal the fine.

Tigran Hakobyan considers it a good precedent, as the desire to resolve issues in court means that there is no mechanism for illegal settlement – calls, bans, pressures.

He said that before the fine, they would work with the TV companies for a long time, talk, argue and discuss all the cases in order to avoid unnecessary fines. “Everyone understands that it is necessary.”

The field must be equal so that the channels can earn money in competitive conditions.

He said, “Everyone loves us if they work in the legal field. It is another matter that the legal field is imperfect, there are legal inaccuracies and omissions.”

For example, it is not defined what hate speech is.

“How can something that does not have its own legal definition be regulated?” Tigran Hakobyan asked, adding that this situation also opens the door to manipulation, as not every insult or slander is a word of hatred. And the National Assembly has not yet made legislative changes, defining the term and the share of influence on those who spread hate speech.

Tigran Hakobyan emphasized another important point, noting that in addition to reducing the speech of evil and hatred, it is also important not to use the media as a “dumb propaganda tool.”

And there should be no foreign broadcasters in Armenia’s public digital multiplex, which provides free viewing for Armenian citizens.

The language law applies only to local channels (55% of the content should be in Armenian), and the law does not apply to Russian or American TV channels, which are included in the public multiplex and broadcast for free.

In general, the law does not regulate the content of foreign TV channels in foreign languages. Even when we encounter obvious anti-Armenian propaganda, which affects the gullible audience.

“We believe that this is one of the functions of any sovereign state, that there should be no foreign broadcasters in the public multiplex. Propaganda channels that serve the interests of the outside world are talking about the problems of the outside world, they should not be in the public complex with untranslated content and their own interests. No country allows such a thing, “Hakobyan said.

According to him, it is a matter of information and language security.