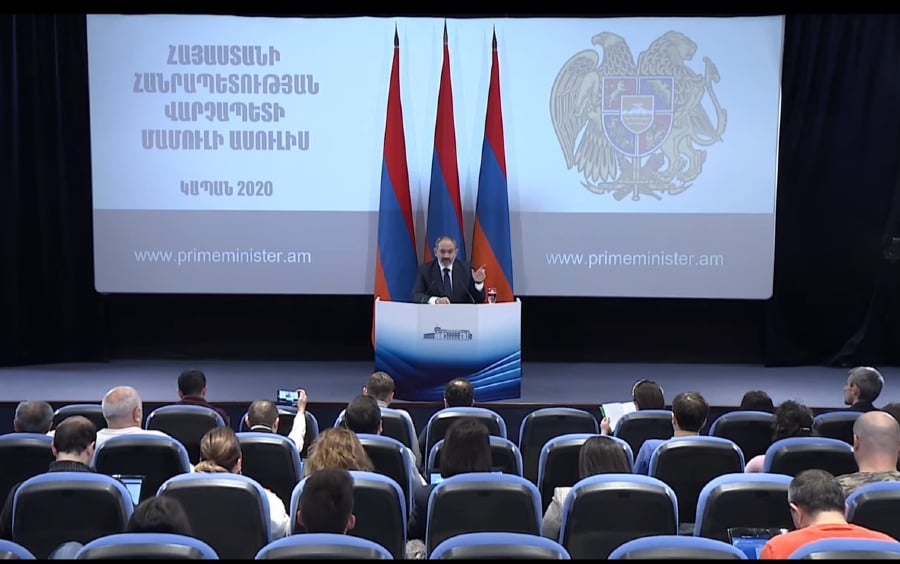 During a press conference in Kapan today, Prime Minister Nikol Pashinyan had to clarify the recent statement made by Security Council Secretary Armen Grigoryan in the media that a coup attempt had been prepared.

According to the Prime Minister, Armen Grigoryan did not make such a statement, but “made statements that led the journalist to such a conclusion.”

“The concept of revolution, war, and so on has changed dramatically over time. In the modern world, there is the term hybrid war, the whole meaning of which is that war is actually going on, but people do not notice it,” said the Prime Minister.

Continuing the topic, he said that if we formulate it that way, Grigoryan’s statements can be said to be a description of some kind of hybrid. “We can consider it a hybrid preparation for a hybrid coup. That process is completely defeated and crushed.”

According to the Prime Minister,” an inseparable part of the process was the fact that tens of millions of dollars were spent on spreading false information about the Armenian leader, his family members and high-ranking officials through the media and social networks.” At the same time, it was done by involving the criminal world, various forces, corrupt people.”

One of the journalists participating in the press conference complained about why the journalists’ visit to Kapan was not organized with the support of the state. In response, the Prime Minister said that journalists always accuse the government of wasting state budget funds. “After that, we will spend the money more purposefully. Some media outlets receive enough money from corrupt circles, let them spend the extra five thousand AMD and come to the Prime Minister’s press conference. Why should we pay for it with the state budget?”

Nikol Pashinyan added that press conferences will be held in all regional centers, the goal of which is to “increase the visibility of regions, nature, regional centers for Armenia and the Diaspora.”