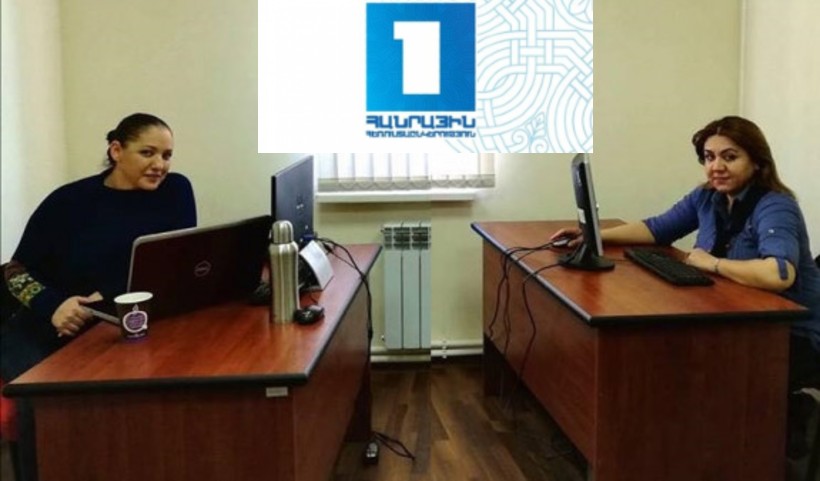 Former reporters from Public Television’s division of media, Liana Karapetyan and Siranush Muradyan, have filed a lawsuit against the Public Television and Radio Council (CRRC) and the TV Company.

The Public Television of Armenia communications representatives told Media.am that they disagree with the ruling and will appeal it. “Further steps will be clear upon appeal.”

The journalists’ lawyer Tigran Ghazaryan told A1+ in a conversation that the Yerevan Administrative Court has upheld the claim. The main claim was against the TV and Radio Council, the derivative claim against the TV company.

According to the lawyer, the main claim of the plaintiff was to be reinstated at work and the derivative claim to invalidate Margarita Grigoryan’s order.

Reporters learned about the dismissal on January 11, 2019. On December 25, 2018, the Board decided that Public Television could make personnel changes.

In addition to Liana and Siranush, three more journalists were fired, but only they wanted to defend their rights via the court.

According to them, the dismissal was not justified but was arbitrary. Reporters insist that the TV company has hired new reporters before their contracts were terminated.

Television and Radio Council director Ara Shirinyan said the journalists’ lawsuit was against the TV company and it is unclear why the process was linked to the board.

“The Board cannot participate in this litigation because we do not have the authority to cut or hire staff. The board can only appoint or dismiss the executive director and deputies of the TV company,” Ara Shirinyan explained.

According to him, the TV company justifies its decision with the permission of the council, this is the only way for them to have connections to the court case.

Labor law expert Gevorg Suloyan says it is difficult to cut staff on legal grounds today, as the employer has to prove why he is making changes.

Article 113 of the Labor Code states that reductions should be due to the need for changes in production volumes, economic, technological and labor conditions.

The grounds for dismissal may be loss of confidence in the employee, improper performance of duties, qualification, etc. It is quite difficult for an employer to substantiate them. Health problems, the number of absenteeism, dissolution of the company, etc. can be simple grounds.

Sloyan says there has been a change in the Labor Code recently and clearly outlined the points that could lead to dismissal on a discriminatory basis.

“It is still too early to assess what the case will be in the Court of Appeal, but if journalists’ rights are violated there, they will be reinstated and reimbursed for months of forced labor,” he said.