The Internet In Armenia Is Free

According to the Freedom House human rights organization, the Internet in Armenia is free. It was also considered free in 2018 and partially free in 2017.

The organization released its 2019 Internet Freedom Report, which states that countries with 70-100 points are considered free. Armenia has 76 points and neighboring Georgia 75.

From the former Soviet Union (except the Baltic states) the Internet is free only in Armenia and Georgia. Armenia’s other three neighbors – Azerbaijan, Turkey and Iran – are countries with not-free internet. 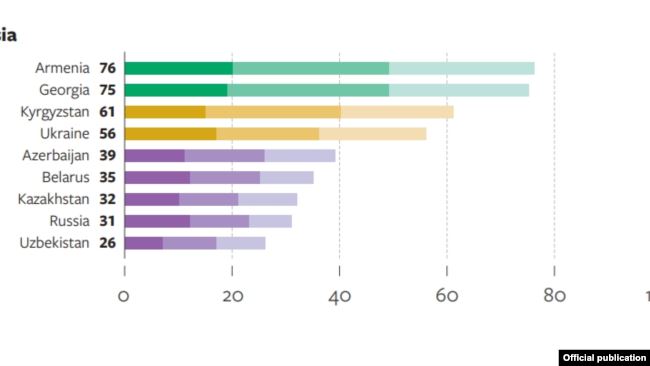 The report notes that the freedom of the Internet improved after the Velvet Revolution of 2018 when Nikol Pashinyan came to power.

There are concerns about pressures on online media, though some analysts argue that under Pashinyan’s government political persecution is less frequent on websites.

However, online journalists face being criticized for critical content about the new government.

Pashinyan’s government has made significant strides in the fight against corruption, but it raises concerns about political influence on the judiciary and towards hostile media rhetoric.

Armenia is 8th in the top ten, positioned right after the US. Neighboring Georgia is in the19th place.

Iceland, Estonia and Canada are the leaders in internet access.

The market for information and communication technologies is relatively diverse, with local and foreign internet providers competing for customers.

Although in terms of internet access and quality there is a difference between urban and rural areas.

The Government of Armenia has not blocked users from accessing online content, social media or any other communications software consistently and on a mass scale.

In general, online content is available to a wide range of people.

Blocking applies only to local content that contains pornography and copyright infringement.

The topic of financial penalties for defamation still raises concerns, although the number of cases and penalties applied in recent years has decreased.

During the coverage of the Velvet Revolution, online media reporters have been subjected to violence by law enforcement, but violence has declined since those days.