The prizes of the journalism competition “Tvapatum 2019: Stories About Changes” found their masters.

Media Initiatives Center will be organizing this journalism award for the fifth year in a row, encouraging coverage of the changes taking place in Armenia.

“Tvapatum has two new nominations this year dedicated to fact-checking and humanitarian topics. Presentations have better quality than in the past five years, as journalists have begun to make better use of multimedia tools, ”says Nune Sargsyan, Executive Director of Media Initiatives.

Award-winning stories inform the public and at the same time promote the creation of high-quality journalistic stories.

It is through the uninterrupted work of this chain that important topics and steps become public property, preventing important decisions from escaping scrutiny and information being concealed.

In the “Homo Agendi” nomination, the 4PLUS platform’s “Tatevik” is best known as a portrait of the human being and the work of that person. Tatevik is a photo story about Tatevik Revazyan, Chairman of the Armenian Civil Aviation Committee. 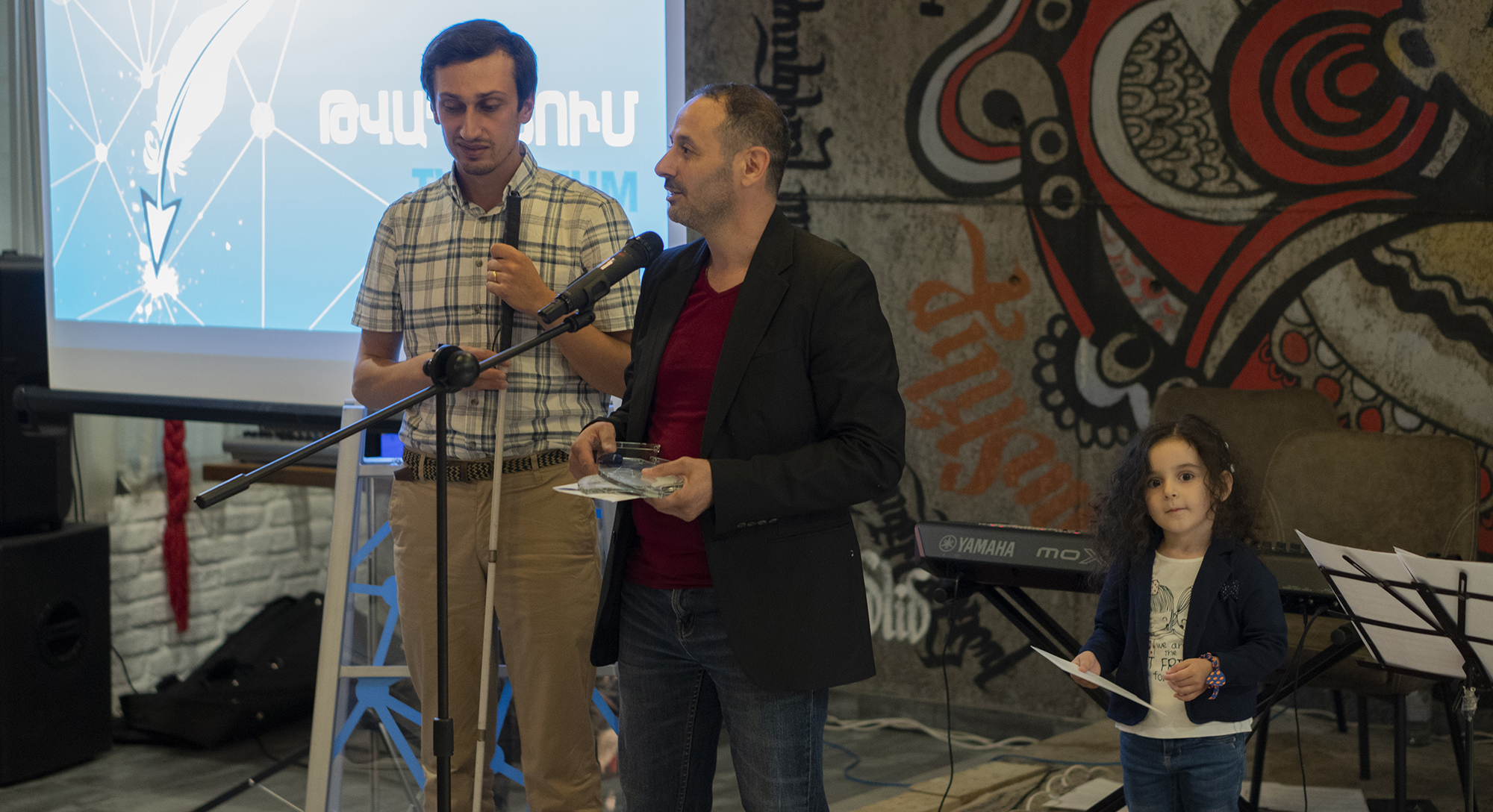 The acting person is as important as the author telling the story, because acting individuals are able to inspire, reform, and consolidate others through their own experience, for example, courage, active civic stance and destiny.

At the heart of the story is the hero with their personal achievements, active civic stance, improved environment and situation, the ability and experience to help people.

In this nomination, both the author and the hero of the material were awarded.

“This material was the result of teamwork that uses explanatory journalism and multimedia tools. In addition to fully integrating the theme, we have also created an interesting map that helps the reader understand how much budget a resident has in a community,” says Astghik Gevorgyan. 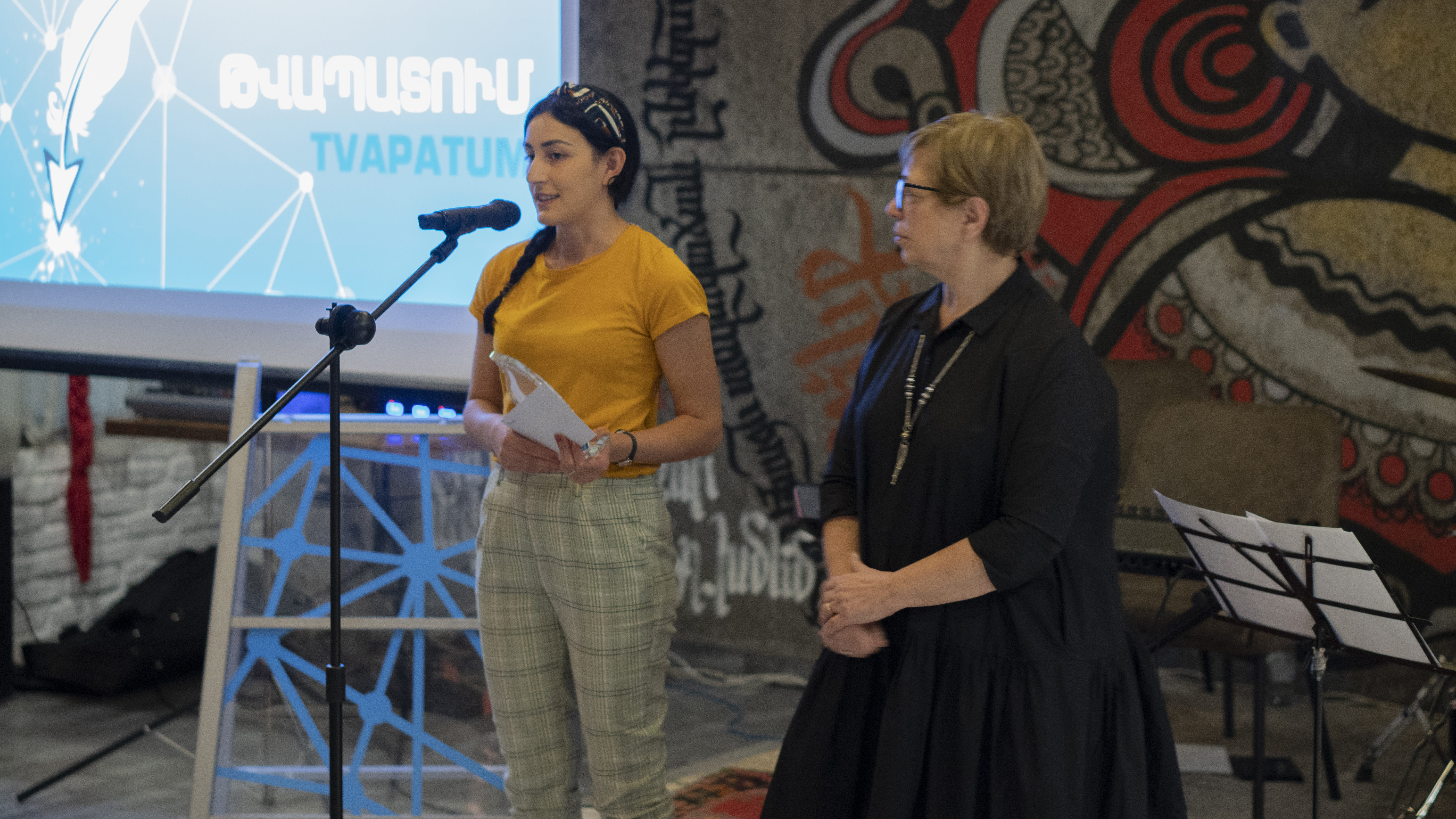 Figuring out the shortcomings and problems in the community enlargement process is also good support for other reporters who can take advantage of other work and do their own, more targeted investigations.

Aravot journalist Nelly Babayan has been awarded the “Status: Human Rights” award nomination for her documentary film “By the Power of Habit by Interrupting Education.”

The is a film about the largest ethnic minority in Armenia, the Yezidis, about the tradition of girls, the right to an education and early marriages.

Understanding the rights of minors becomes even more difficult when national and religious dogmas are in place. And it turns out that written laws collide with unwritten laws. The Yezidi girls who study and fight for that right at school are the heroes of this story.

Hetq journalist Diana Ghazaryan wins the “Media 3.0: Best Use of Technology” award nomination for her multimedia story “Only in the Classroom: 452 Children in Armenia Are the Only Students of the Classroom” for Multimedia History. 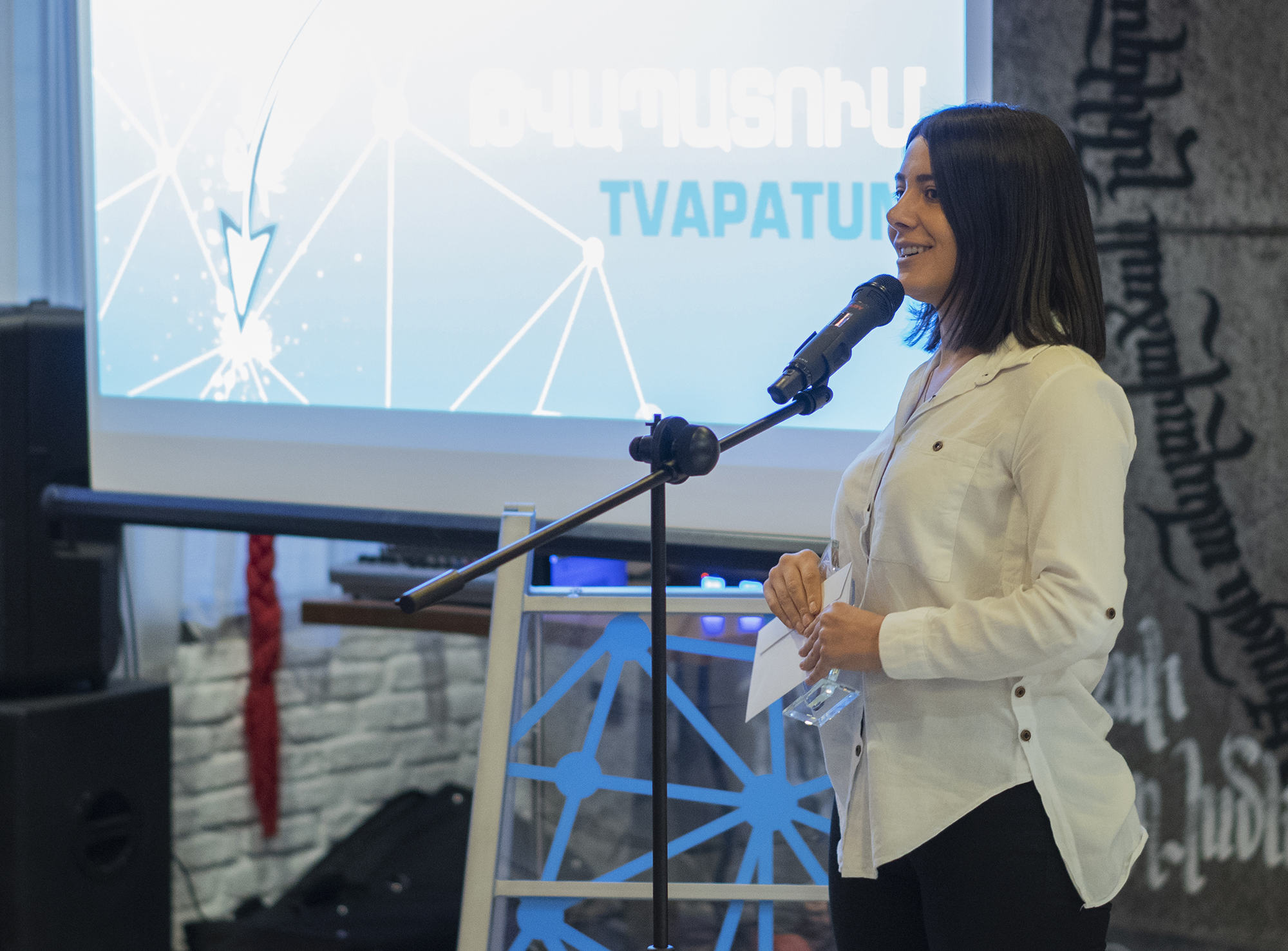 This story presented by videos, photos, maps, and text collages is simultaneously saturated and laconic. And not only the choice of topic but also the cautious and informative style of its construction made this work the best.

Diana Ghazaryan wants decision makers to go to these schools before the optimization and enlargement process begins. “It will help us make more conscious decisions so that we don’t see such stories anymore.”

In the category of “Verified:  Fact-Checking” 24news.am’s multimedia material “Samvel Alexanyan’s neighbor was added after the revolution in the sugar market” was recognized as the best journalistic work. The author of the piece, Lilit Hovhannisyan, by examining the prime minister’s assertion, studied and compiled large-scale data to find out the origin of the price of sugar and the monopoly risks.

A special prize was awarded on behalf of Yerevan Municipality in the Tvapatum competition for the investigation “14 kindergartens closed in the center: an area for sale.” Hetq journalists Seda Ghukasyan, Saro Baghdasaryan, Tirayr Muradyan investigated the fate of missing kindergarten buildings and opened a new field of work for the municipality.

“Of course it’s good that the material has been appreciated, but the best prize would be to bring these kindergartens back to the public,” says co-author Seda Ghukasyan. 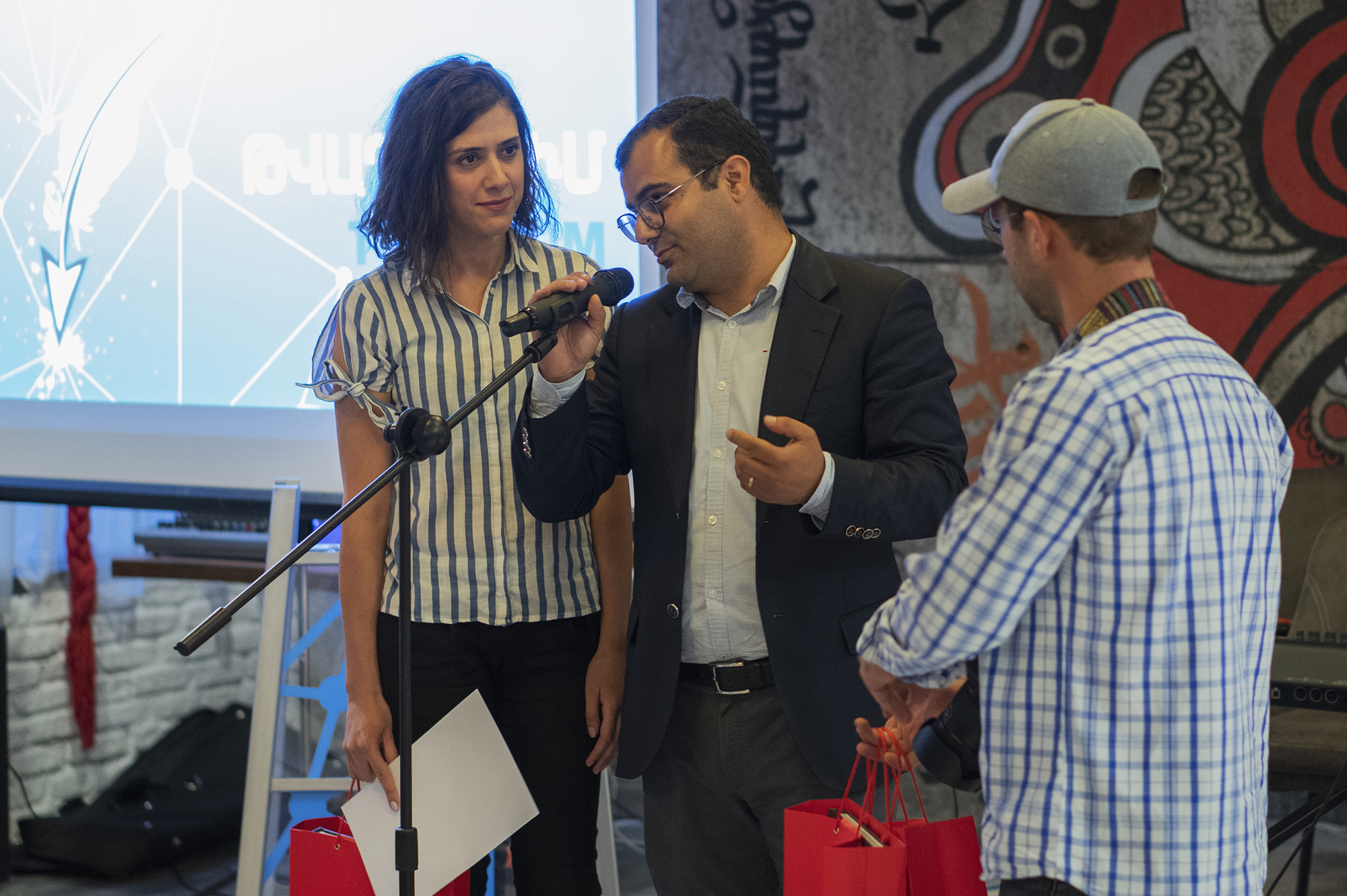 Hakob Karapetyan, a spokesman for the mayor, who was also on the competition jury, said, “We have outlined some materials about the city, but since publicizing the kindergartens has been a priority for the municipality since the beginning of the year, we have set aside the Hetq investigation.”

Lusin Mkrtchyan was also awarded a special prize for humanitarian issues for the material published in “Mediamax” “Vazashen: Shots, dancers and the girls singing ‘Ararat is our mountain’.”

Two authors of materials published on EVNreport.am were awarded the Tvapatum encouraging awards: Arshaluys Barseghyan (“Will You Believe“) and Kushane Chobanyan (“Tigran Gevorgyan: Breaking Stereotypes“). The hero of the story, Tigran Gevorgyan, was also given an encouraging prize, who is going through his life with difficulties, patience and persistence, overcoming prejudices against people with Down syndrome. 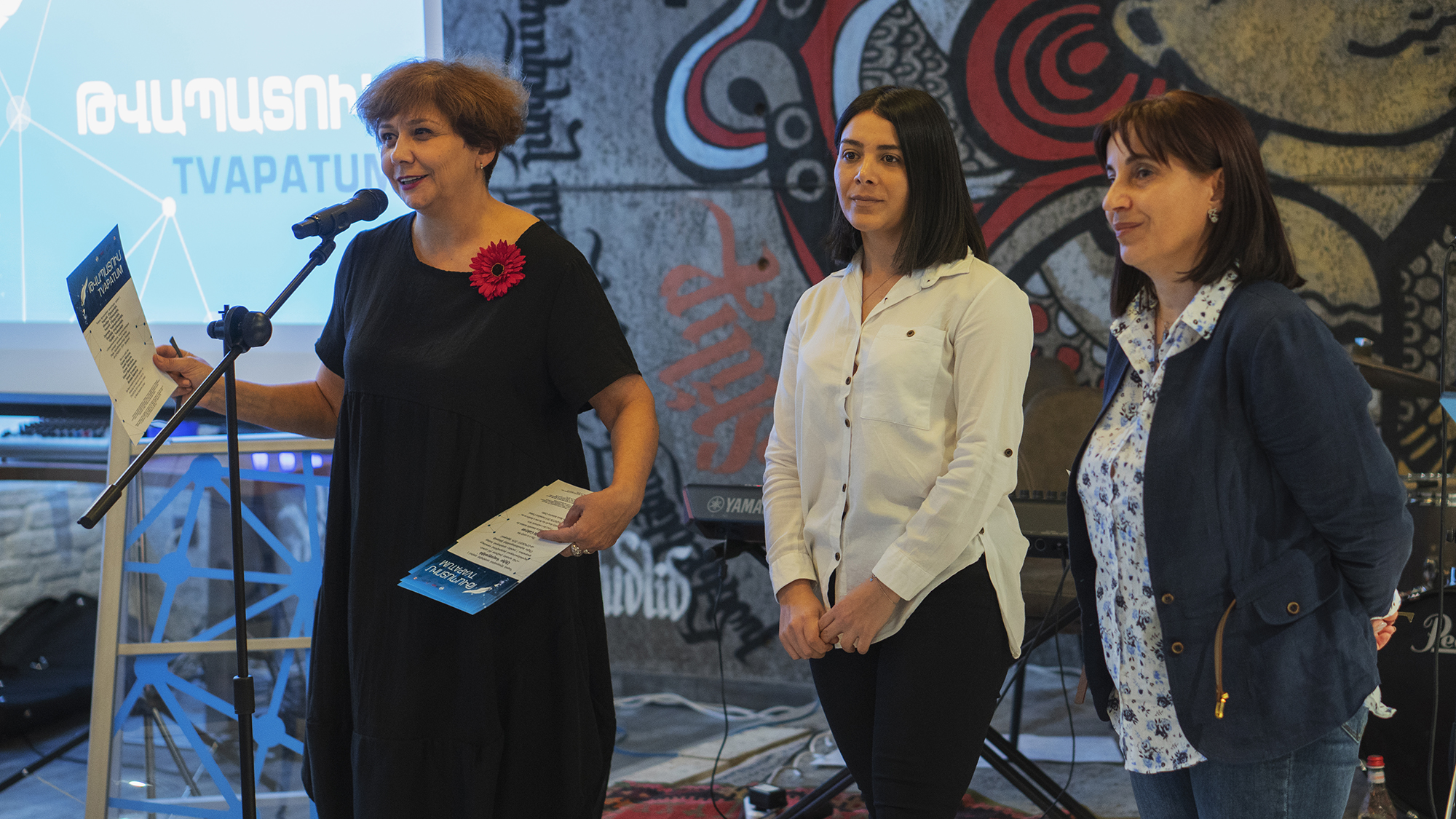 The Urbannews.com journalism team received special commendation certificates; “Redefining the Industrial City,” “‘I Don’t Feel Comfortable here’: Getting Disability Status Has Become a Plague,” by Yerevan.today Journalists Ani Hovhannisyan, “The Possessions of Officials and an Open Survey of the Property of Affiliates,” by Hetq journalist, Ani Hovhannisyan, and “The Big, Poisonous Eye of a Small Country: Artsvanik Patchwork” by Marine Martirosyan and Vahe Sarukhanyan for journalistic work.