“If One Day Facebook Ceased To Exist, How Would We Work?” 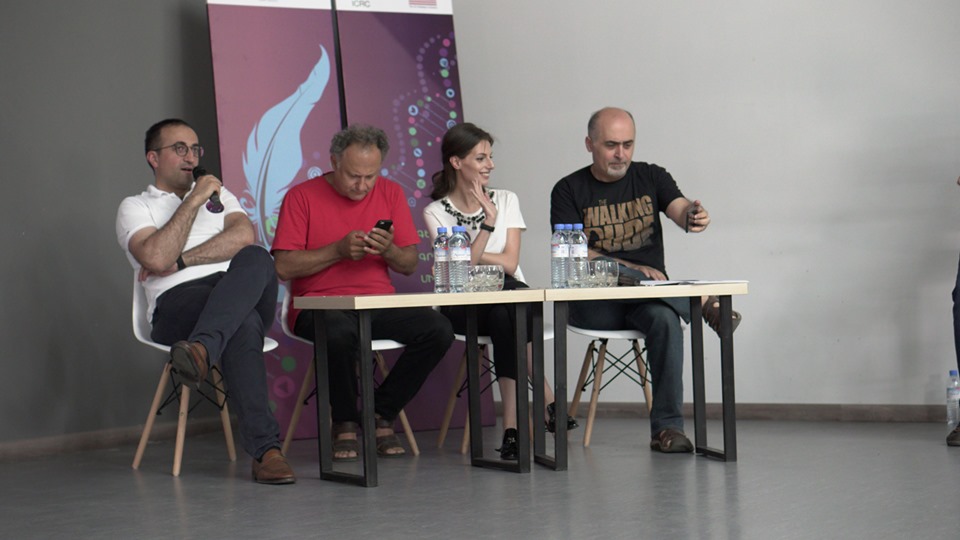 It is difficult to have a digital reputation and win people’s sympathy in Armenia.

And they were frank, that they were stubborn for that reputation and were not afraid of their sincerity. They are an alternative to media today. In parallel, we are in such a period of time when the media not only informs, analyzes the facts but also manipulates unimportant public topics and scandals.

“The network impact was initially exciting to websites, providing traffic to them. Then the horizontal relationship and dialogue became important, but journalists and editors were still throwing their news on the audience, on Facebook. If the media can communicate with the audience, commercialization will have less impact on them.”

Arsen Torosyan’s prescription to becoming an influential online user is different, “I set a goal for myself to be the first source of information about our sphere and myself, and I fill the field with myself so that I do not miss any opportunity to place my image somewhere. This is one of the reasons for my activeness. I place posts of public importance, and sometimes things that are fun.”

“I plan to do one or two posts per day. I do it in a way that they are sometimes funny and at the same time of public interest.”

The digital activity of the Minister is decentralized. According to him, the content of a video on Facebook can become tiring and be transferred to Instagram, and Twitter users are mostly international contacts with outside partners.

“I’m afraid if one day Facebook stops working, how will we work? You shouldn’t become a slave to Facebook.”

When actor Sergei Danielyan began the “Divadadar” program, he realized that his speech was reaching the Internet. In his videos, he ridicules without giving the names of people and speaking about personal lives and considers himself a clown. Being a person of the theater, he creates a situation where the problem is exaggerated and it becomes funny.

“My Internet image was not created specifically, it was a character with theatrical tricks, which has been formed over time and has also come to the Internet. People swear at me, but it is pointless, just like urine to the wind.”

For Arsen Torosyan, it is important for him to distribute his online image with the desire to be caring so that society (and the Internet) cares for values. Although, of course, he admits that his digital image is often overwhelmed by reality and is forced to remain within the constraints of a minister.

“Sometimes I cannot express myself as I could when I was not a minister. I’m writing on my personal page with 1,500 friends as an individual, but there may be a leak from there.”

Lilit Muradyan, the director of the charity fund “If Everyone,” has a different online character. In Instagram people perceive her as a stylish young mother who has a contract with some brands and makes a few posts per month by supporting the products of those brands. Facebook is more of a working platform for her.

“The Internet has the power and our example shows that it can unite people and save lives. It simply has an opposite side, people use their child and earn money through Facebook.”

Generally, philanthropy is one of the subtle topics that is unacceptable to the audience. There may be both ecstatic and dissatisfactory responses but in all cases the role of the state as the guarantor of the health of children.

Arsen Torosyan noticed that it would be good if there were no charity-health related programs at all.

And Internet attacks are similar to the side effects of drugs. For example, it specifically blocks comments that are counter-productive, against the medicine and the dissemination of information.

“In reality, I need public support, so I use the Internet to form a political and public perception,” he said.

Samvel Martirosyan confessed that though many people live on the Internet today, only he dares to say that he is addicted to the Internet.

“People have learned to be on social networks, which implies dialogue and horizontal relationships.  Journalists and editors should be more visible according to social networking logic because editors and journalists today just place their news on their Facebook pages. That’s not what the audience expects,” he said.

The size of the audience is not important when it comes to having an impact on the internet; the important thing is to target a community that trusts the information disseminator and analysts believes in their emotions.