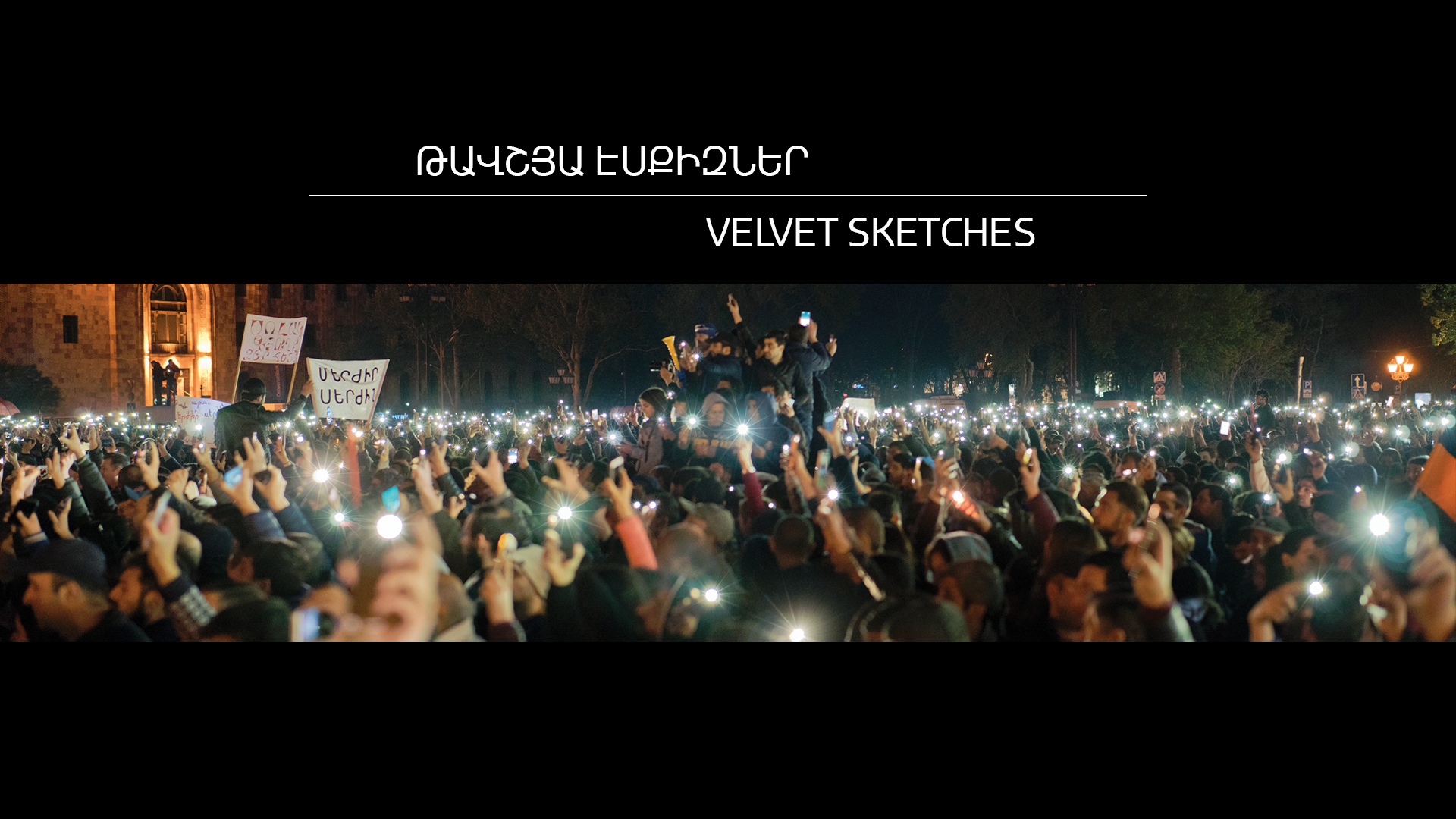 The “Velvet Sketches” multimedia project exposes the viewer to the story of the Velvet Revolution in Armenia in 2018. It features events that took place one year ago with different sensory windows and views.

The “Velvet Sketches” is a web documentary. The author of the project, Natalie Harutyunyan, said that in the days of the revolution, the Media Initiatives Center staff had taken photos and videos which needed to be used and archived in some format.

“In those days, people expressed their complaints in different media formats. In “Velvet Sketches,” we have separated them according to listening, seeing, acting, speaking, and used different tools to help a person to transport themselves to the days of the revolution again,” she said.

According to the author, they used videos, photos, without comments, accompanying texts, testimonies, audio material for the project. “Through this project, we have tried to extend the borders of the media and show that in addition to the tools of journalism, citizens had also applied interesting, creative approaches.

The windows, from which the revolution can be seen, are sorted out in such a way that makes it possible to see the panorama of the revolution, listen to the noise of the street from those days, experience the anxiety, fear, expectations, see the rhythm of the work of journalists, the public’s emotions.

The four windows of the “Velvet Sketches” present the things that had been seen, heard and done during the days of the revolution, from a distance in time, in analysis and reflection. 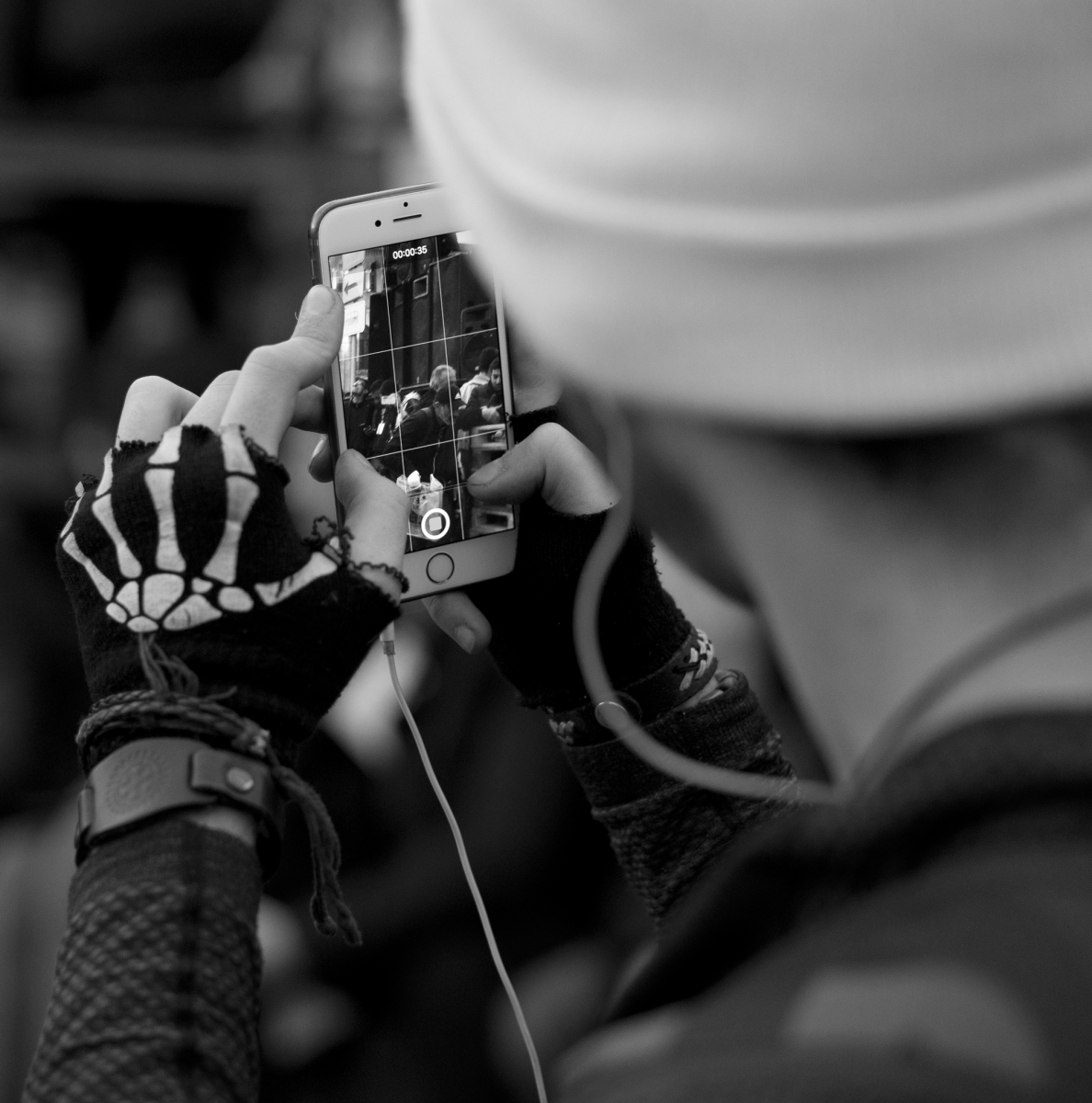 The photos and videos bring us back to the stormy days of the revolution. Here you see the chronology of events as people united, began to operate in segments but coordinated, they went to the streets, they felt the importance of their steps.

In this section, you will see how the media representatives presented the revolution, what they say and emphasize. Emotions and actions are mixed together just like in April-May last year.

People with their photos, their videos, weren’t interfering with journalists but added additional information about what was happening, new colors.

The “Velvet Sketches” project tells about the active citizens of those days, about their motivation and ingenuity. 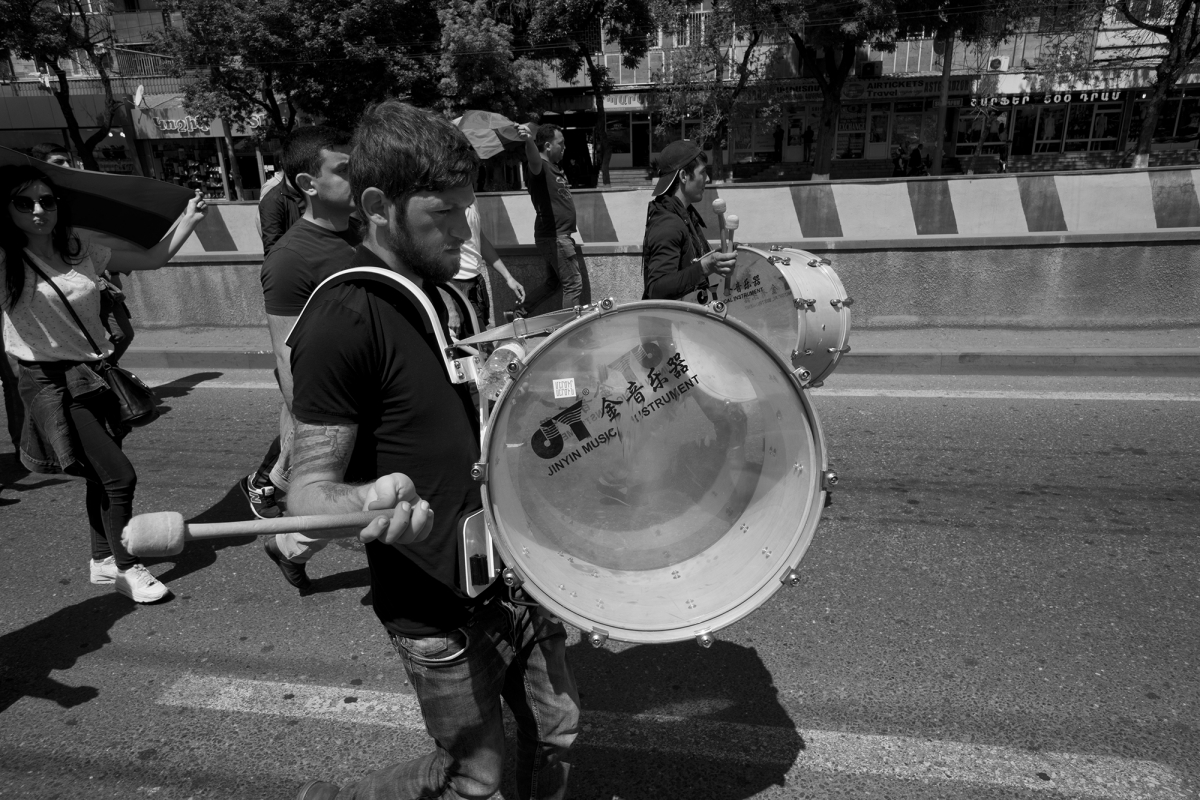 The noise of the revolution was natural. The enthusiasm, the disappointment and delight of the people were heard everywhere. Emotional voices also helped to develop the events. The sound of the drum and ladle became a consolidation rhythm. And it stayed in our ears for a long time.

In order to relive the revolution, the project suggests listening to the sounds of the city from different streets and the main sounds of the authors-performers. 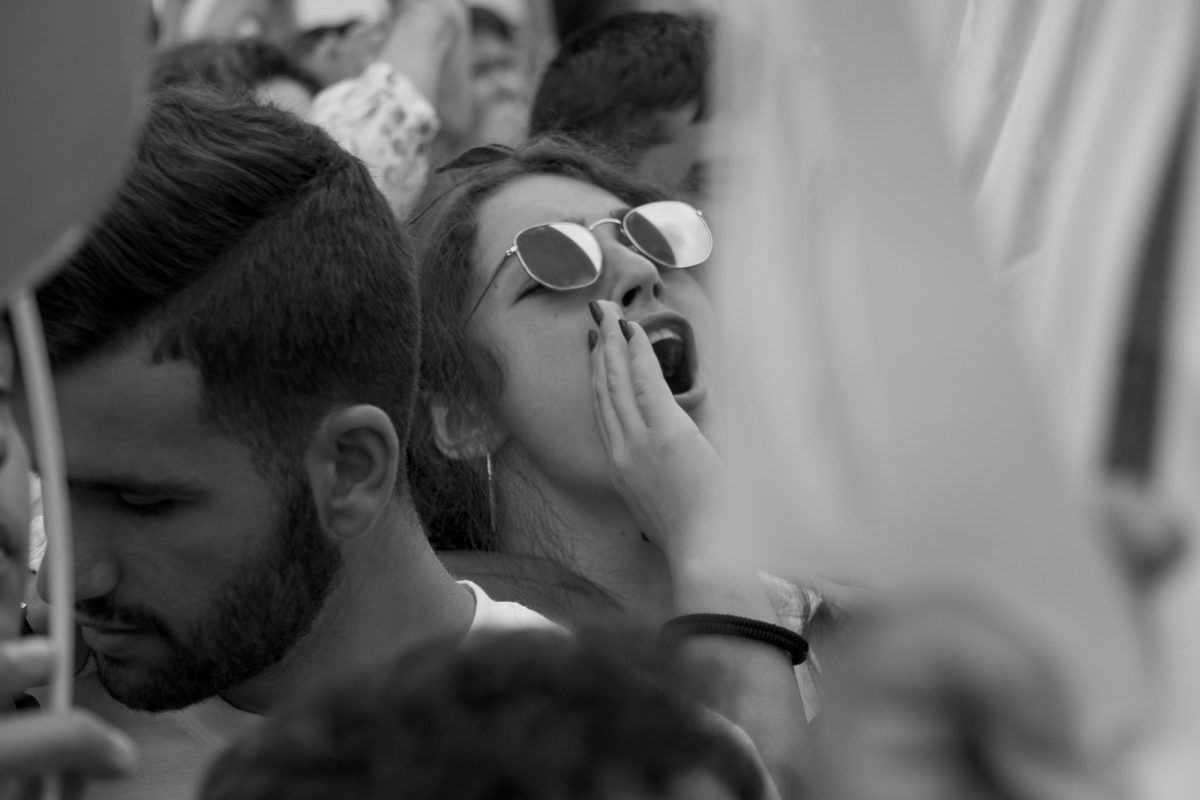 People were talking about the same event but in different languages. Some were making impressive posters, some were expressing their enthusiasm by singing and waving the tricolor flag, some created memes, and on the scene giving a performance like Ashot.

The imagination of people was infinite, “dukhov” was everywhere, on hats, on cars, in stores, on goods. 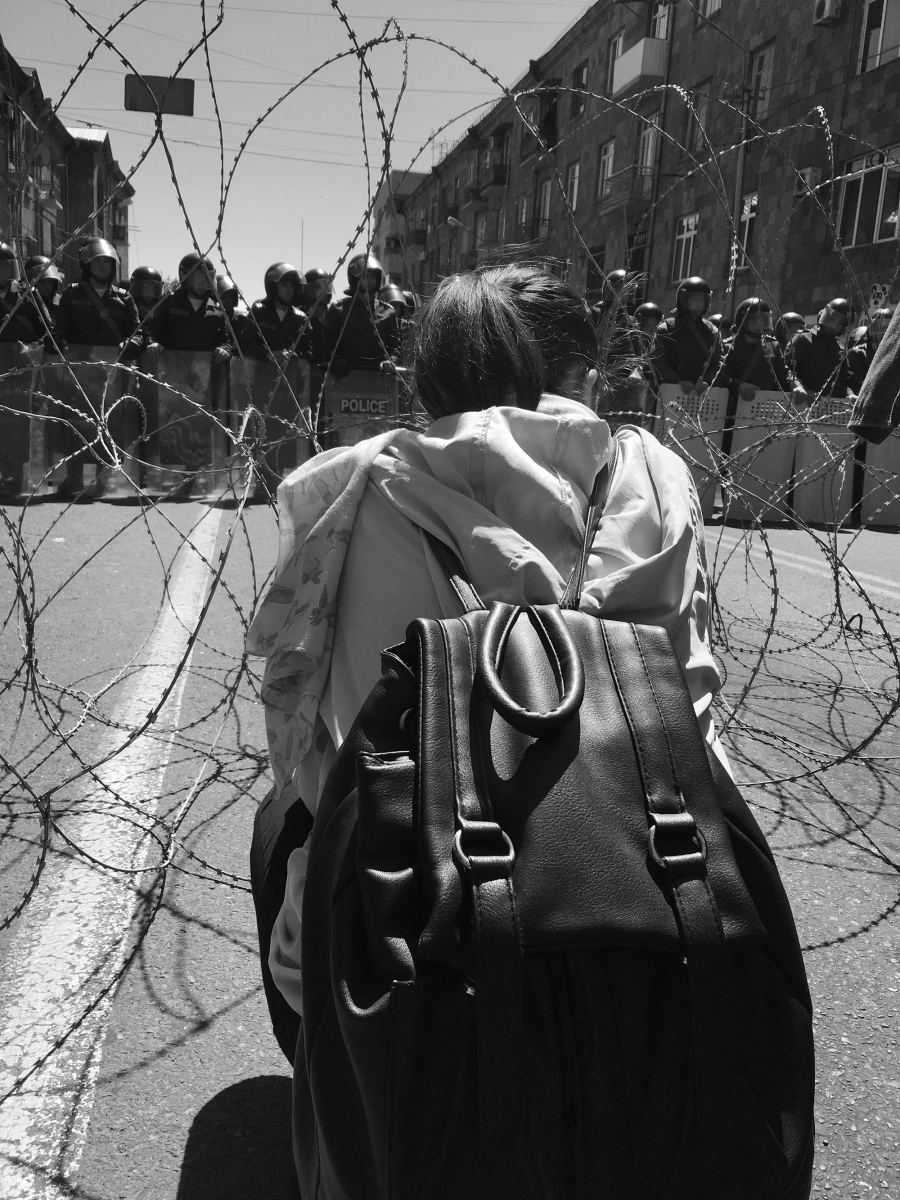 The most important thing was the action. The things accumulated inside over the years burst out. Everyone helped the revolution in whatever way they could. The classic step, of course, was to close the streets.

Moreover, the actions were either group or individual, paralyzing the work of the subway, passing out baked goods in the streets.

There was a lot of humor in their actions, the flexibility of people’s minds.

At the end of the project, “Velvet Sketches” suggests that the viewer reflects upon the analytical texts of the ethnographer, media expert, psychologist and cultural anthropologist.

The presentation’s multimedia format enables you to watch and hear both in full an in segments.A team of programmers, journalists and designers worked to present the Velvet Revolution in a web documentary format.

Project consultant Artyom Galstyan says that the effectiveness of multimedia formats will show in time, it is necessary to examine and evaluate the audience’s attitudes, responses and comments.

“The Armenian Revolution itself was a multimedia event, with content in various formats, with various channels of communication. And that already dictated that the best language for a product of this topic is multimedia stories,” he said.

The “Velvet Sketches” is a project that summarizes the revolution: it has prehistory, chronology, key heroes of the street movement.

The project has been implemented by the Media Initiatives Center with the support of OPEN Media Hub, as well as with the support of the American People through the United States Agency for International Development (USAID), within the framework of the Media for Informed Participation of Citizens.