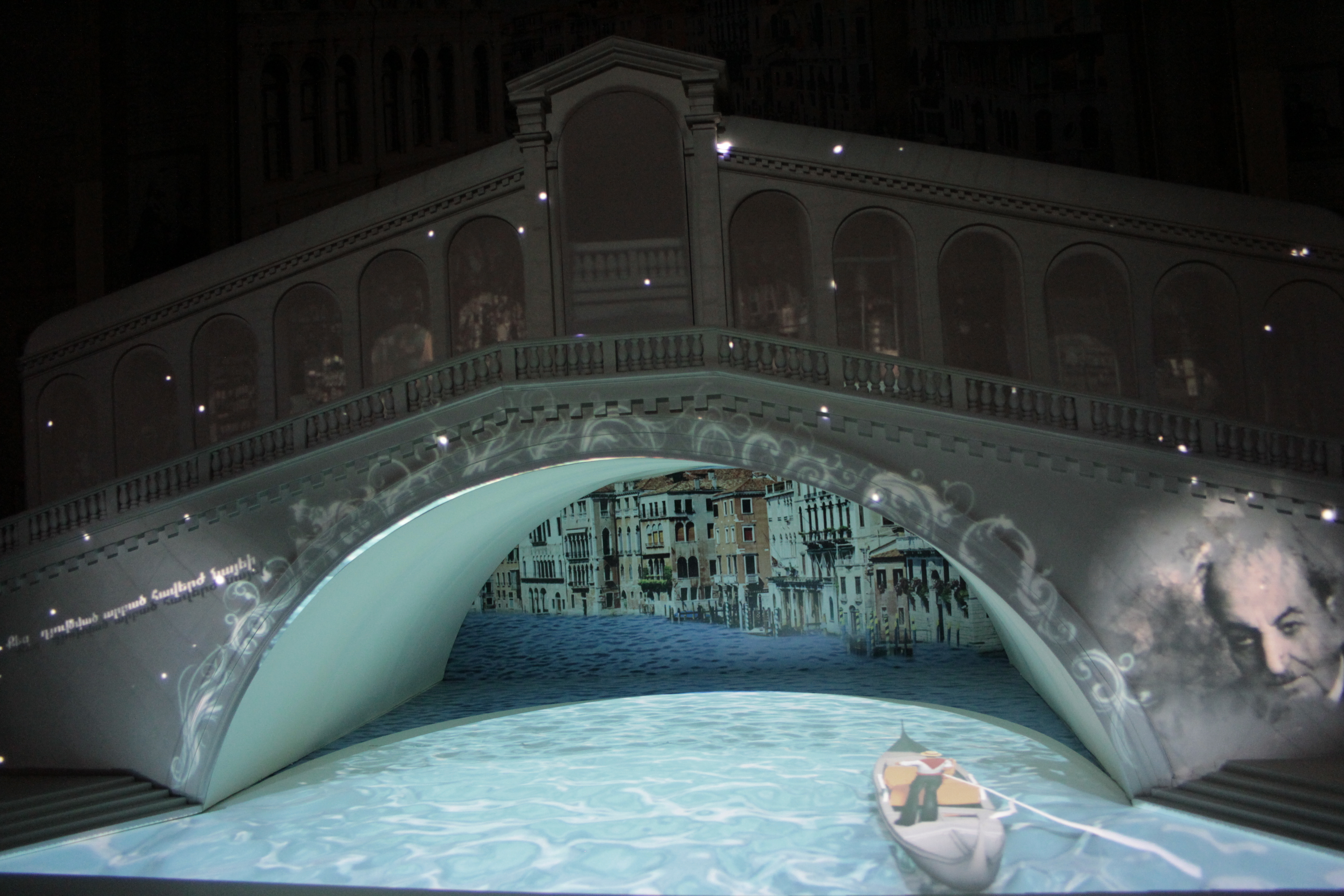 The poet Avetik Isahakyan’s house-museum has created a three-dimensional simulation of the Rialto bridge from the poem “I saw a black-browed girl.” Thanks to this innovation, the number of visitors to the museum has grown.

Angela Khorenyan, the director of Avetik Isahakyan’s house museum says that museums are less attractive than innovations. “The demands, approaches, perceptions and expectations of people have changed. The functions of a museum to preserve, study, and present its assets should be combined with innovations to bring people to the museum. No matter how much I shout that Isahakyan was a great writer etc., nowadays that is not enough to bring people to a museum. People ought to be emotionally affected.”

Implementing a project like this is expensive for museums. The three dimensional simulation of the Rialto bridge has been done with zero budget. The partner, Interactive Worldwide IT Company, was paid little by little.

“We met several times with the specialists of the company Interactive world, we had discussions and we really wanted to create something that no one else has done. To get such a holographic image, we needed a cavity that we did not have. We have a small hall. I suggested to paint the picture of Isahakyan’s trip in Italy. And having a performance take place on the bridge was the idea of the Interactive World employees,” said the museum director.

Over the past three years, the number of visitors to Isahakyan’s house museum has grown by over 250%. The director is convinced that he virtual reality image has contributed to that growth.

“When the interactive modeling is done and the tour is over, the visitors give an emotional round of applause. We receive calls from different organizations, schools and individuals who say ‘we know that you have such an innovative thing, we want to see it,’” said Angela Khorenyan.

She dreams of the creation of a three dimensional animated film based on Isahakyan’s poem, Lilit. But it is a costly project. The museum is currently negotiating the matter of bringing the photo of the poet’s home backyard “to life.” The photo will move.

The second project, which is being discussed now, is the creation of a live image from Henrik Mamyan’s paintings based on Isahakyan’s poem Abu Lala Mahari. Visitors to the museum will feel like they are in the desert, the camel caravan will move, the wind will be heard and so on.