The Government Is The Media 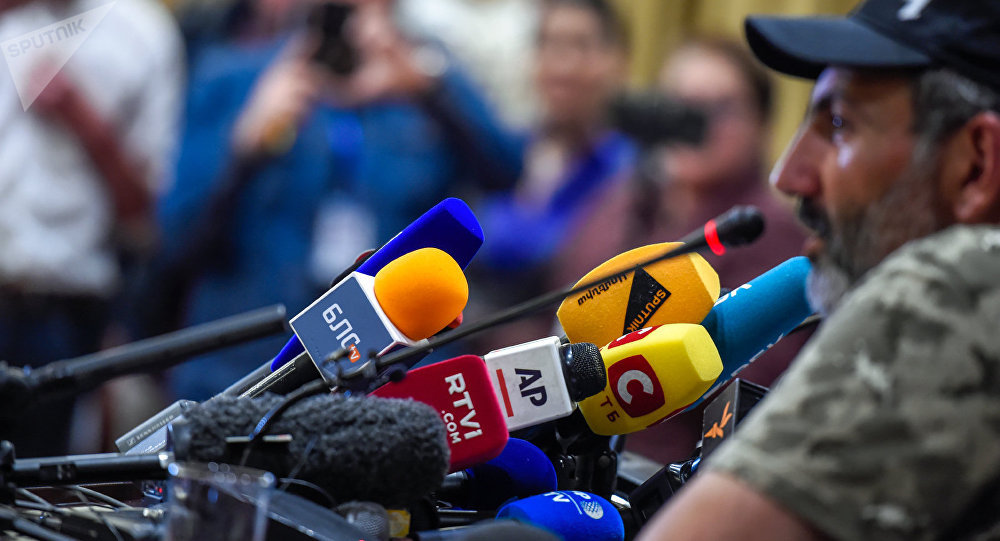 During the formation of a new government following the Velvet Revolution, several media representatives had moved to the executive body.

Not forgetting the the leader of the revolution, Nikol Pashinyan, is a journalist by profession and edited Armtimes for many years,  let’s mention those people who have represented the media in the past or up until joining the ranks of the new executive body.

On June 1, Sargis Khandanyan, a prominent political scientist and anthropologist, who is more recognized for his broadcasts from CivilNet, was appointed Deputy Chief of the Government Staff. On May 31, according to his Facebook account, Khandanyan completed his work at the Aurora humanitarian initiative.

The next day the head of the government’s staff Eduard Aghajanyan wrote on this subject from his Facebook page saying “The people are now the government.” Aghajanyan meant that Sargis Khandanyan hosted his original program on CivilNet called “The Voice of the People,” broadcasting on behalf of the people.

Journalist Karpis Pashoyan was appointed as the Spokesperson for the First Deputy Prime Minister, Ararat Mirzoyan, on May 21. Until then, Pashoyan, a journalist working for Hraparak daily, explained the reason for accepting Ararat Mirzoyan’s offer on Facebook. “There was one motivation, to contribute to the preservation of the achievements and results of the revolution, as well as to make my own small contribution in the difficult task of building a new Armenia. I am confident that with media, journalists and the general public we will be able to cooperate and work together effectively.

Of course, it is an interesting job,” wrote Karpis Pashoyan. 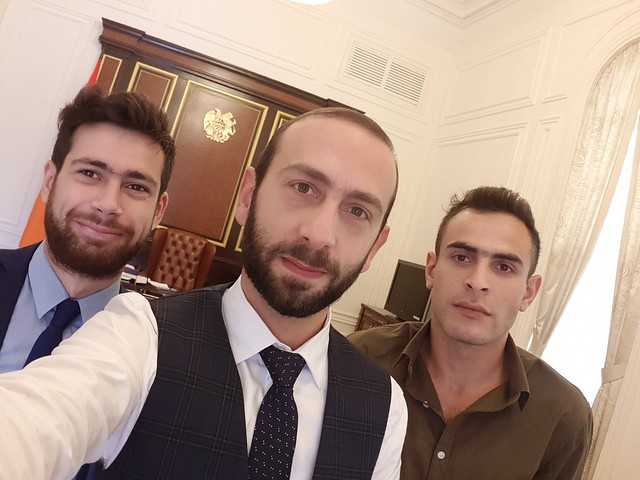 First Deputy Prime Minister of Armenia, Mirzoyan, called Karpis Pashoyan a “wonderful person” and added “the complaints of the media from the recent past have a different addressee, I’m done.”

One of Pashoyan’s latest posts on Facebook says “I am the press, the press is in me.”

Political analyst and editor-in-chief of Alik Media (Wave Media), Arsen Kharatyan, as per decision of Nikol Pashinyan, was appointed Advisor to the Prime Minister on June 4.

On June 2, more than three weeks after the appointment of the Prime Minister, Nikol Pashinyan appointed his Press Secretary. He is Arman Yeghoyan. Lawyer-Historyan Yeghoyan has also worked in the Armenian-Georgian media platform founded in Georgia, Alik Media, since 2016.

After his appointment, Arman Yeghoyan posted a status on Facebook.

The Spokesperson for the RA Minister of Diaspora is Nune Turanyan, who worked at Public Radio, Marshall, A1+, Dar21 and other TV stations, with ParaTV being her most recent workplace.

Mane Madoyan, former director of Public Relations at Yerevan Zoo, and former YSU News Manager, was appointed as the spokesperson for the Minister of Labor and Social Affairs, Mane Tandilyan, on June 6. 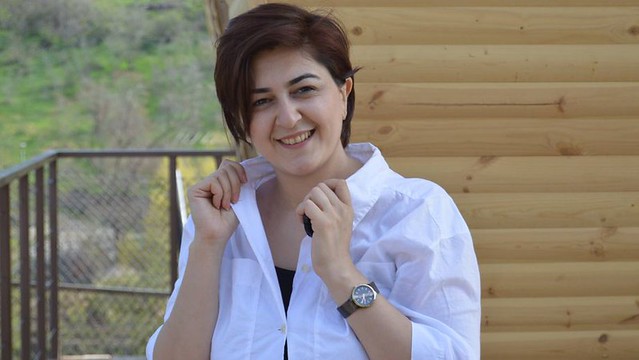 By the way, David Sanasaryan, the Head of State Control Service, was also a media representative. In 2012-2013 he was the editor-in-chief of the website Lurer.com.

We need time to evaluate if having a large number of journalists in government will extend the limits of freedom of speech or information.