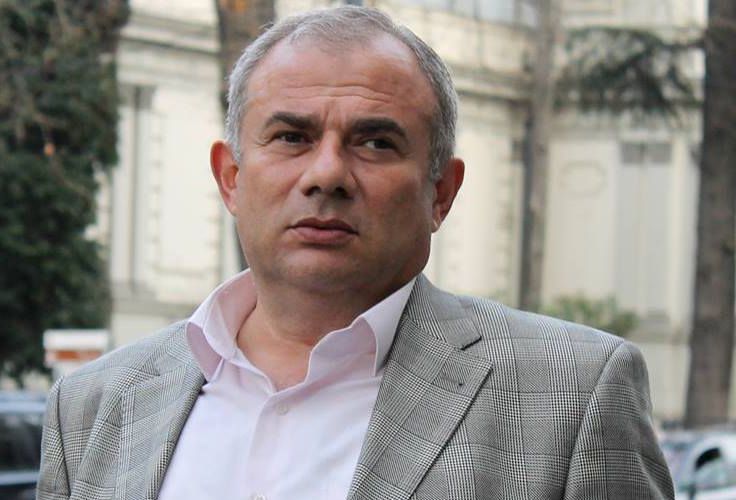 The work of the Public Television Company would frustrate people both during and after the Velvet Revolution. They complained that the media funded by taxpayers’ money didn’t cover, or only partially covered, protests which were of great public importance.

Public, as well as other television companies practically didn’t cover Nikol Pashinyan’s march from Gyumri. The Take A Step, Reject Serzh movement appeared on TV screens when the revolution was already a reality.

Remarks regarding public coverage were also voiced from the revolutionary platform.

On June 5, President of the Public Television and Radio Council, Ruben Jaghinyan, in essence avoided answering questions regarding coverage during the revolution.

Executive Director, Margarita Grigoryan, took the heavy burden of answering off his shoulder by noting that the news service decides for itself what to cover, what not to cover and is independent in its decisions.

The Director of Public Information Service, Harutyun Harutyunyan, spoke to us about the coverage of the revolution, the independence of television companies and public interest.

Mr. Harutyunyan, was the process of the velvet revolution purposefully not covered, or was it simply considered unimportant?

In my interview with Armtimes, I answered that question, and said that there is no tendency not to show things, and that as soon as the march reached Yerevan we were going to begin covering it. That’s exactly what happened.

The Executive Director of Public TV said that the news service doesn’t coordinate the news topics with the television company management. Do you confirm this claim?

In general, I do not have the habit of blaming someone else for what I do or do not do.

In your opinion, what is the difference between the government interest and public interest? When do those interests collide?

I am not sure that the formulation of “government interest” may at any level contradict the notion of “public interest,” because it cannot oppose itself.

The government is only one part of the public, which also includes not only the ruling political force or forces, but also the opposition of the day.

This also applies to the context of Public Television. With one reservation, Public Television Company words are perceived as official, and a such, are found at the center of attention of not only our public but also for the outside world, for example, foreign media and embassies.

Has the work of Agenda changed after the revolution? If so, how? If not, why?

Any change brings with it new changes.

Of course it has changed. Look, in the past all news footage was received and reportages were prepared in the same synchronized frames, shot from the same spots.

Now, journalists are filming at the scene, asking questions, getting answers etc.. These are exceptionally good conditions for journalism that have long since been broken in our country.

There was information, that you wish to quit your job, do you have such thoughts now?

I have already pointed out that I do not have the habit of making internal work issues public. I love my job and, as a rule, do not want to leave that which I love to do, it is not so, but it also not entirely a lie. I half jokingly say that it wasn’t the job that I wanted to free myself from.

I came here one and a half years ago, I came with programs, of which we were only able to implement a small portion. I am satisfied with whatever has been done in this short amount of time, but there is still a lot to do that we have yet to accomplish.

I will not mention the reasons, but if what I imagine and hope for remain imperfect, and I see that I do not have the support I need to implement these projects, then of course I will leave.