The “Eye” Of The Revolution 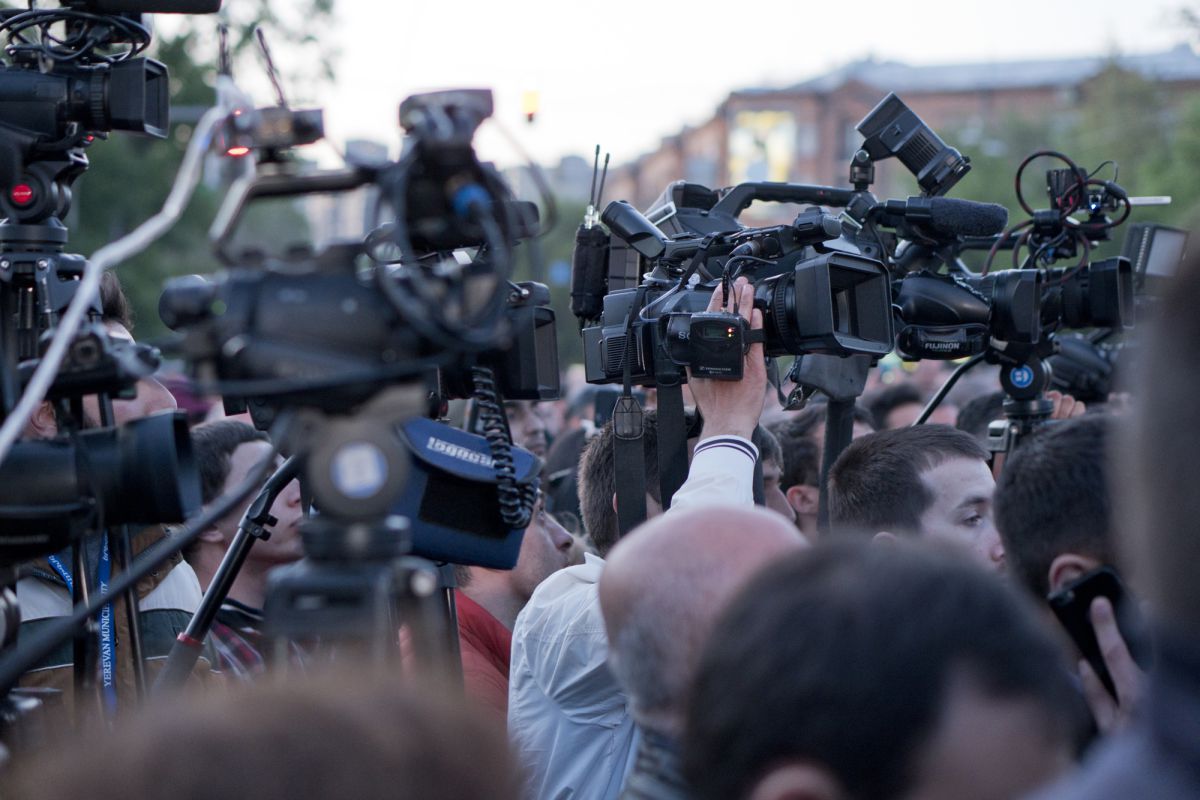 The Velvet revolution was a test, not only for editors and journalists, but also for cameramen. They worked in shifts, some all day, some in live broadcast mode. They worked while walking backwards, facing the events. Staying in the shadows, they became the most important eye, which gave a complete record of the situation and sent it to everyone in their homes, helping them to follow the developments.

They couldn’t fall behind the march, sit, rest, talk to the protesters. Though they had one great advantage, due to their work, they led the marches and noticed the details.

In my nine years of working, I had never worked in a mode like this. To be honest, I didn’t get very tired, it was nice to be a cameraman reporting on the revolution. I worked on live broadcasts. We switched shifts every 3-4 hours. Days and nights were mixed together.

Organizing a time to rest was important. There was a separate room in our editorial office where we could lie down and rest a bit.

I didn’t mumble or complain the entire time, I was happy to see the results of our work. After all, many people were following the developments of the movement from home or the workplace.

In reality, we were working very intensely. Stopping was out of the question, we had to have normal shots,  we had to tolerate the weight of the heavy equipment. On the other hand, you didn’t know how long you would have to continue working in this mode.

I didn’t encounter any obstacles, except for the incident on Baghramyan Avenue, when I was caught between citizens and the police barrier, during which time I was injured. I was so focused on my work, that I didn’t even receive medical care. I have not filed a complaint regarding the incident, as it was not done intentionally.

I was working 24 hours a day, and I walked more than 30 km daily. Walking was one thing, but when you add the equipment, your job becomes more difficult.

It was important to find the right shots, so that people can get a good idea of what was going on in the streets, how many people there were, what the mood is.

Working live is a double responsibility, but we were able to take short breaks, smoke, eat something light. We became really close with other cameramen, we helped each other, exchanged jokes. We were in a good mood, we understood each other with looks. We all knew, that we were working for the sake of positive changes.

There were memorable events during those days, I want to mention one of them. The light grenades were exploding, it was a confusing situation. There was a 17-year-old young man standing on the sidewalk, the police pushed him towards me. I protected the equipment with one hand, and was helping the young man to stand up with the other.

People’s attitudes were also interesting, at worst they did not get in the way, at best they would open a path so that we could find our way to the front. Although there were people who were, purposefully or unintentionally, getting in the way, not appreciating the importance of our work.

The enthusiasm of the people affected our attitude. Physical and mental fatigue was neutralized in a blink of an eye, when we saw how the number of people were increasing from minute to minute and being infected with the same energy.

The whole time I was thinking that during these days, I was doing important work. Online newsgroups played a great role, they were the alternative eye, especially when recording cases of provocations.

We were a team of 5 cameramen working in different streets, switching shifts. We came to work by taxi at 6 in the morning so that we wouldn’t suddenly be late from roads being closed off. We became a part of consolidation in the days of the revolution, we worked in a coordinated fashion, complementing each other.

The morning of the march in Masiv left a particular impression. When Pashinyan began the march in 7th Masiv, at first there were only a few people and the police, in my opinion, had the intention of arresting him. Perhaps Pashinyan felt that as well. He announced that people should take a step and join them. In just a few minutes, people began leaving their homes and taking to the streets, thousands at surprising speeds and enthusiasm. I was amazed…