The Letter: The ‘Bullet” Of The Velvet Revolution 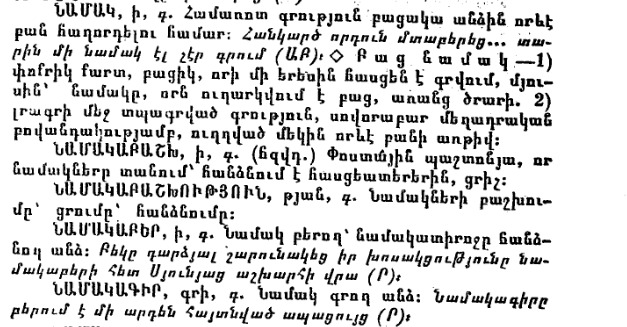 Revolution is also a battle of ideologies. Ideologies battle each other both with force and in the information field.

During the Velvet Revolution, the battle of  information or propaganda took place in the form of letters.

On May 2, Vice President of the National Assembly, Eduard Sharmazanov’s daughter, Nare addressed an open letter to Nikol Pashinyan. The main message of the letter, directed to Pashinyan and other revolutionaries, was as follows: Your revolution of love brings hatred into my life. With the coming of the revolution, Nare’s friends have left her.

This letter had the effect of a powerful fire.

She asked the future Prime Minister to teach minors that hatred is not good.

That letter gave some of the public feelings of compassion, and others resistance. People across social networks criticized the daughter of the Republican politician, saying that thousands of children had to bear the cost of the decisions that her father and other politicians have made for years. There were even theories that the letter was not written by 17 year old Nare, but rather by her father.

Everything didn’t end there. For a few days straight open letters were written in response.

Photographer Edgar Harutyunyan wrote an open letter to Nare, noting that her letter shouldn’t be addressed to Pashinyan. “The letter has been sent to the wrong address. It should have been sent to your father. I am not saying this to make fun of you at all, but with love. Speak to your father, demand an explanation as to why the people hate him and his party so much,”

Three days later, Ani, a daughter of a participant of the Artsakh war, came forward with her open letter. “Your complaints are justified and correct, however there is just one mistake, the addressee,” writes 17 year old Ani, describing how difficult the lives of her friends, her father’s freedom fighting friends, and their families all are.

17 year old Minas Martirosyan responded to Nare Sharmanazov by calling her “sister” adding and noting that when Eduard Sharmanazov takes care of Nare, she doesn’t notice that so many children like her are hungry. “Two years ago, I fell in love with a girl, but I didn’t have money in order to take her out for ice cream, it seems like ice cream is so simple…”

Nare Sharmazanov’s letter created a chance for even comedic responses. A letter supposedly written by Galust Sahakyan had spread across different websites. Then an Armenian official’s letter to his daughter appeared. The main message was the following: I did everything in order to make sure you don’t need anything.

Yasha Solomonyan also wrote a letter, not to Nare Sharmazanov, but to Eduard Sharmazanov. “From the moment your evil party invaded the student council of the Yerevan State Linguistic University, my fellow students and I found ourselves on the other side of the borders as oppositionists, as second-class people. I want that our children live and grow in an Armenia of equal opportunities, so that they will never know what injustice is,” writes Yasha.

Some, as a response, recalled an old video, when Nikol Pashinyan’s children were waiting for their father’s release across from the Artik Penitentiary.

The open letter battle ended when the open hand battle was resolved.