A Holiday Of Free And Proud Journalists 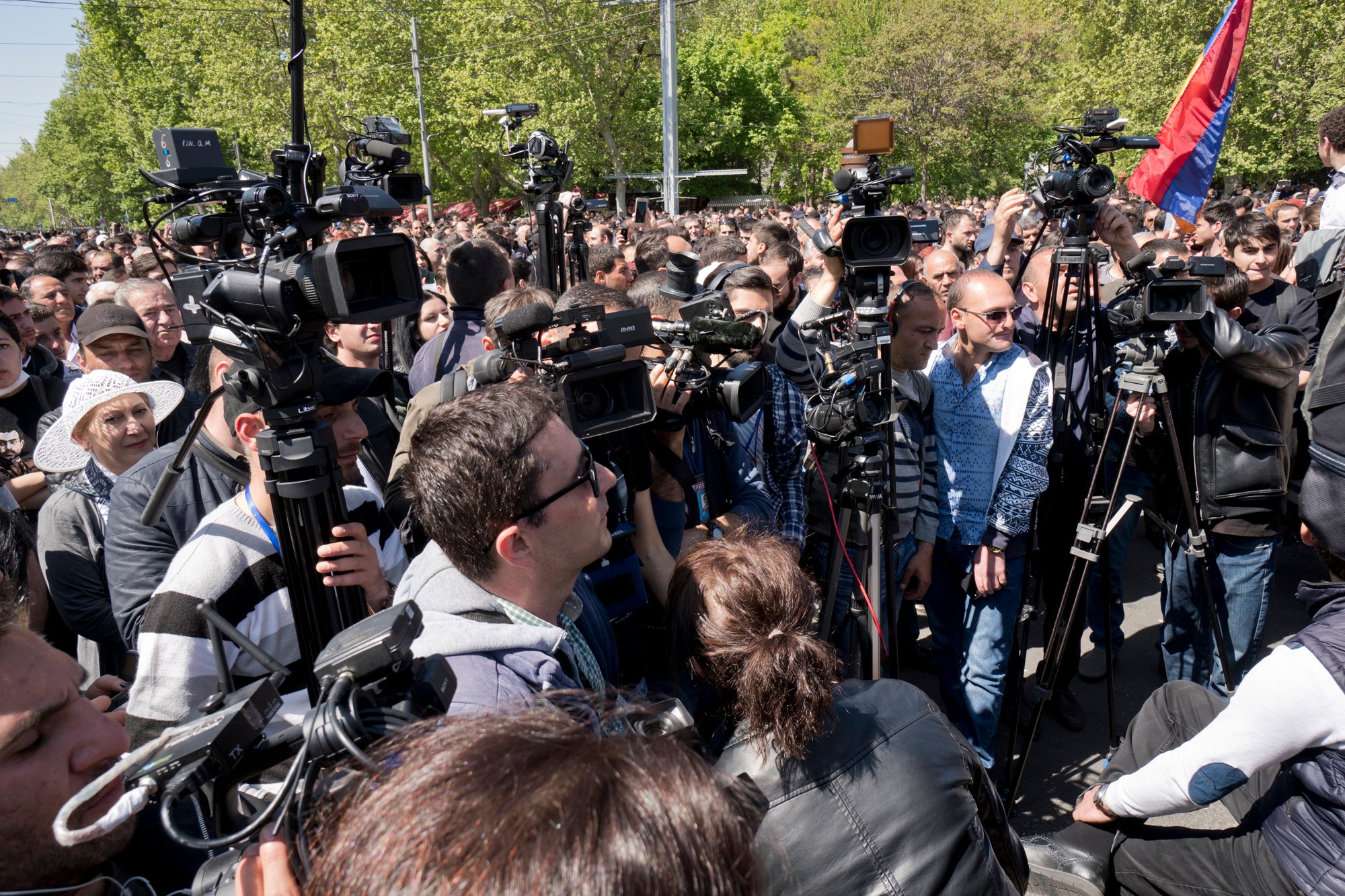 Aside from the serious political rearrangements, the Armenian Velvet Revolution also was an internal revolution. People have regained their national desire to feel free and proud.

And today, May 3, International World Press Freedom Day, is a good occasion to remember that the key guarantors of that feeling of pride are journalists, thanks to whom the Armenian society got a chance to understand the word in a new way.

In the field of media, the freedom of those working is directly proportional to their professionalism, and their level of public pride. And that was most striking for the Armenian society.

On the occasion of World Press Freedom Day, the UN Secretary General Antonio Guterres released a statement, where he says:

I call on governments to strengthen press freedom, and to protect journalists. Promoting a free press is standing up for our right to truth.”

In 2018, the main subject was Keeping Power in Check: Media, Justice and The Rule of Law.

The transparency and accountability of the work of governments are ensured thanks to mass media and the judicial system.

The message reminds us that “it is necessary to adopt, implement and execute laws which protect the freedom of journalism, the freedom of speech and the right to information.” The subject can be followed with the #PressFreedom hashtag.

The Human Rights Defender of Armenia also addressed journalists, saying that thanks to the the work of a journalist, a citizen has the opportunity to observe public life.

Unfortunately, there are still wrong perceptions and stereotypes about the roles of journalists, which make the full and efficient work of a journalist difficult,” said the ombudsman.

He also reminded, that “each of us are obliged, in our everyday work, to help to continuously increase the role of journalists and guarantee their natural work.”

Journalists in Armenia are probably the most versatile community (at least when compared to the judiciary system), and often, they raise cases of violations of freedom, and assure the right to be informed.

Since 2006, the Media Initiatives Center, the Yerevan Press Club and The Union of Journalists have on May 3 awarded a special prize called the Time of Freedom of the Press. The award was given to journalists who felt the need to be free on their skin and fulfilled this requirement.

“There have been years, when we did not give that award for many reasons, mainly for not having found someone who found their ‘time of freedom.’ This year, we decided that now is ‘Another Time,’ and the prizes will wait. During these days, a vast professional mass had proven, that we have journalism, we have dedicated and fearless journalists who feel responsibility towards their work, and almost every one of them deserves a prize. The ‘Time for Freedom’ has come to all of you. Let us never take a step backwards,” said Media Initiatives Center Executive Director Nune Sargsyan.

In recent years, cases of persecution, intimidation, improper detention and hindering of journalists have become more frequent. The rate of impunity towards those committing crimes against the press is very high around the world.

And it also proves that the role of journalists is invaluable for those societies seeking proof of freedom and pride. That is to say, everywhere.